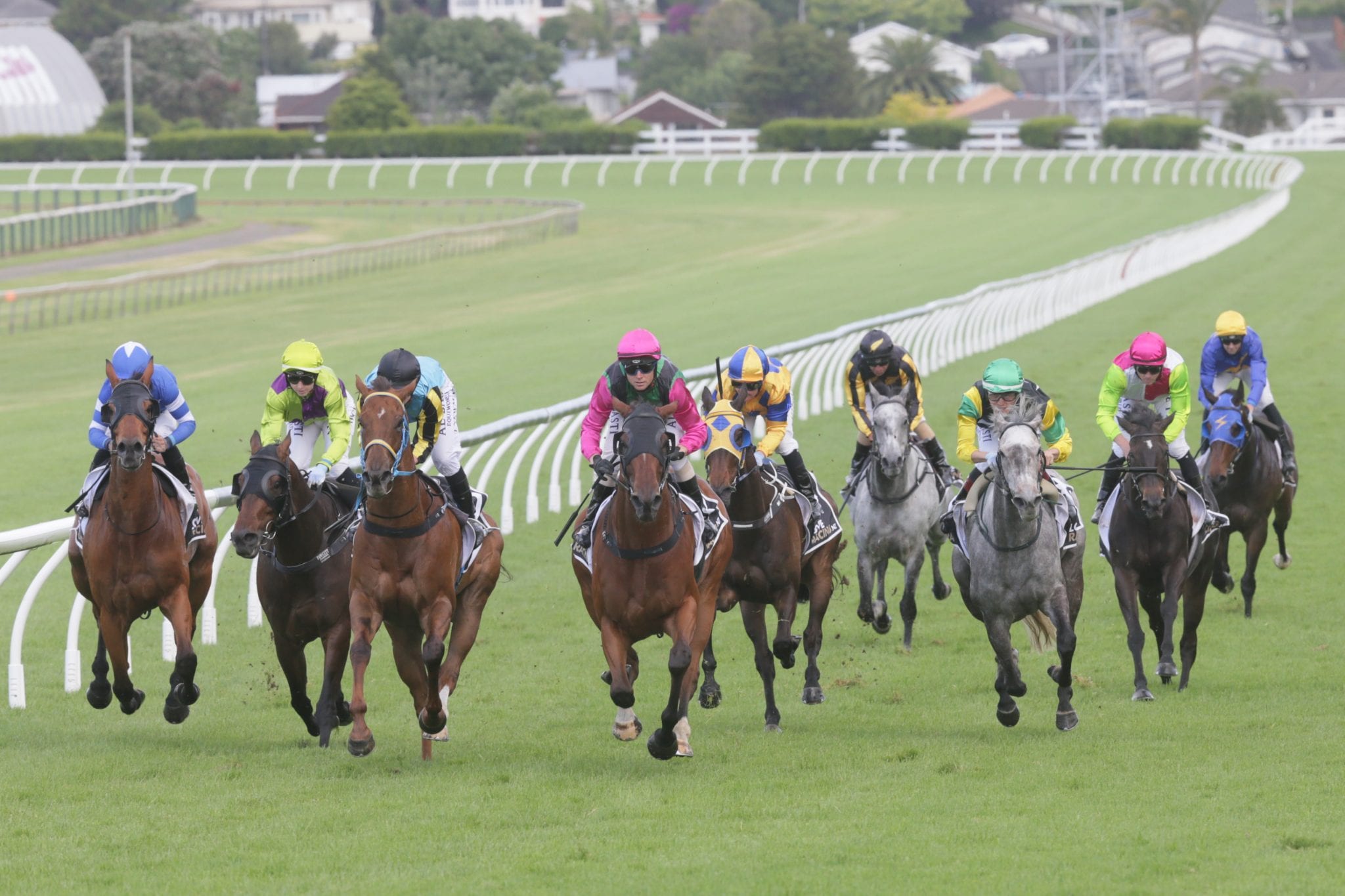 The progressive pair were both ridden by Collett’s son-in-law Andrew Calder, who no doubt banked some baby-sitting credits after steering both horses to perfection. “He did the right thing by them,” Collet said. “I walked the track before the first and it showed a little bit of wear and tear on the inside, so there seemed to be a good strip up the middle. “Andrew rides the pair of them in trackwork. He knows the horses well and he knows what he has got under him.”

Super Pursuit, a half-brother to New Zealand Bloodstock Filly of the Year Dijon Bleu, has now won three of his four starts this preparation. “He missed his three-year-old season after he broke a splint bone, which was operated on and removed, and then lockdown cost him the autumn,” Collett said. “He got to 1300m for the first time today and then he will step to 1500m in the Stella Artois Championship Final on Boxing Day. “He is a pretty relaxed character.”

Robust gelding Super Strike is also putting together a strong winning record, with four wins and three placings from seven starts and after charging through the grades will be set for stakes company. A heavily supported -200 favourite, the son of Super Easy came from the rear of the field to win comfortably, with Calder making ground before turning for home after recognising the tempo was only moderate.

The Group 2 Rich Hill Mile (1600m) at Ellerslie on New Year’s Day is now on the radar for Super Strike, who will bolster his rating again after another strong win. “The Rich Hill Mile has always been the plan with the horse, and he should get in nicely at the weights under the handicap conditions,” Collett said. “They’re both good horses that missed a lot of racing last year through injury and they’re a bit stronger this year.”

Calder rode a treble on the six-race card, also partnering the Jared Prangley-trained My World to victory in the Barfoot & Thompson Twilight Cup (1400m), with the son of Jimmy Choux having notched his only previous victory at the corresponding meeting last year.