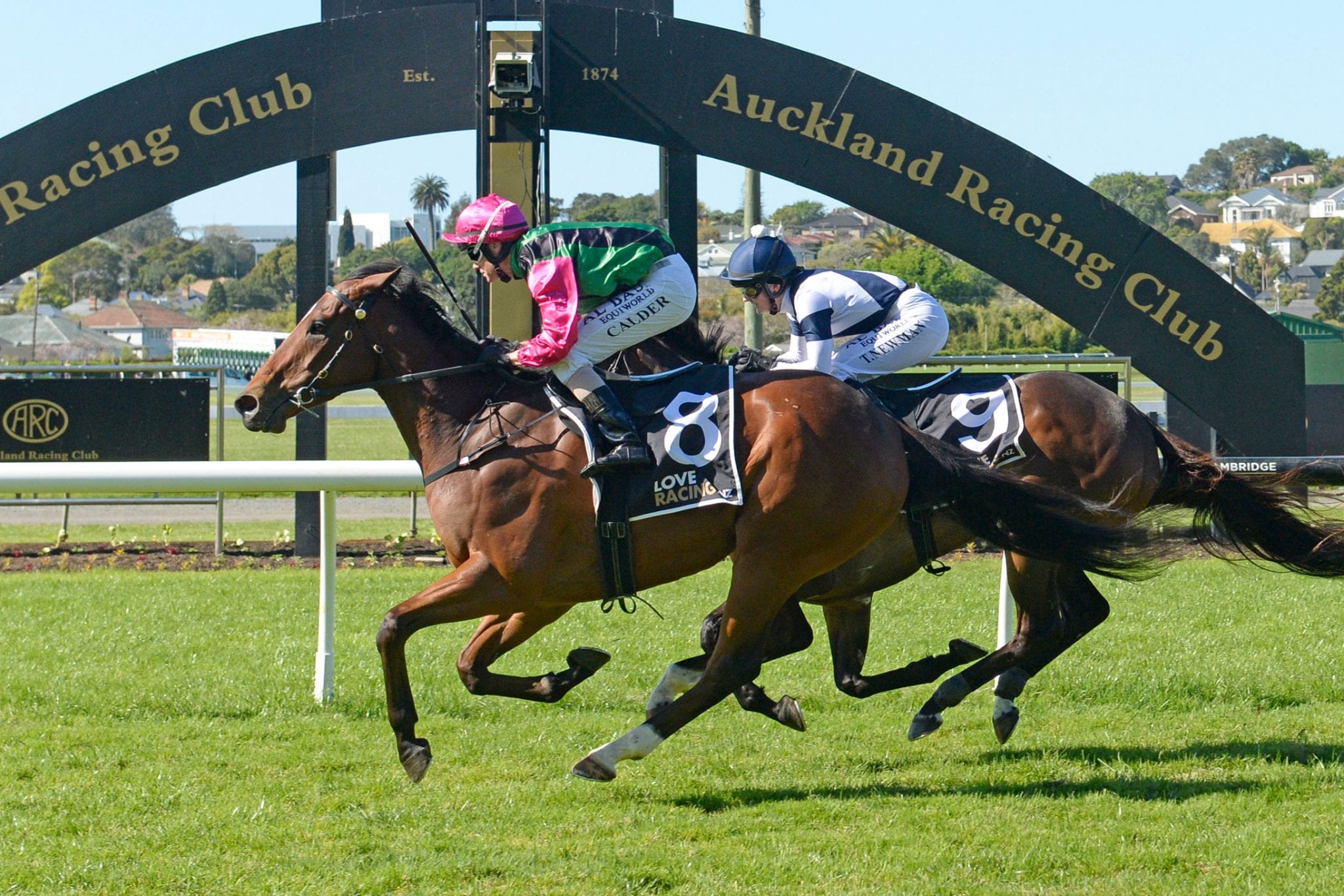 Richard Collett has a big rap on four-year-olds Super Strike and Super Pursuit and he believes they have a bright future after recording a winning double for the Pukekohe trainer at Ellerslie on Saturday.

Super Strike extended his impressive form line to three wins and two placings from just the five career starts when winning the Otakiri Reserve 1400. “His form line relates to his ability, he is very smart. He is a good galloper,” Collett said. “There won’t be much stopping him until he gets to open grade, unless he gets interrupted runs. He has got real ability.”

It was the Super Easy gelding’s second attempt at 1400m and Collett said he derived a lot of benefit from the run. “I am really happy with the effort,” Collett said. “It is just nice to see him be able to step up to 1400m and take a spot in behind the speed and race professionally. “All his early racing over 1200m he got back and had to sweep up, but he learnt a fair bit from it.”

Collett is now on the lookout for Super Strike’s next assignment and he said an attempt at stakes level is not too far away. “He has gone to 74 benchmark with the win, so we will be looking for that type of race and then we will just keep chipping away,” he said. “It would be nice to chase black-type races with the horse.”

Later on the card Collett enjoyed securing a winning double when Super Pursuit took out the Barfoot & Thompson 1200 by half a length. “He did the job very well,” Collett said. “He got a bit of backwash in the middle stages, a horse came back onto him and he needs a bit of room around him. Fortunately Andrew (Calder, jockey) got him away from the rail and got him into a situation where he could roll into the race.”

Collett believes there are also big things on the horizon for Super Pursuit. “He is a horse we have had big expectations with,” Collet said. “He missed his three-year-old season through an injury. He broke a splint bone, which was operated on and removed, and then lockdown cost him the autumn. “He has matured into a strong horse now and he is a powerful horse who is going to go a fair way.”