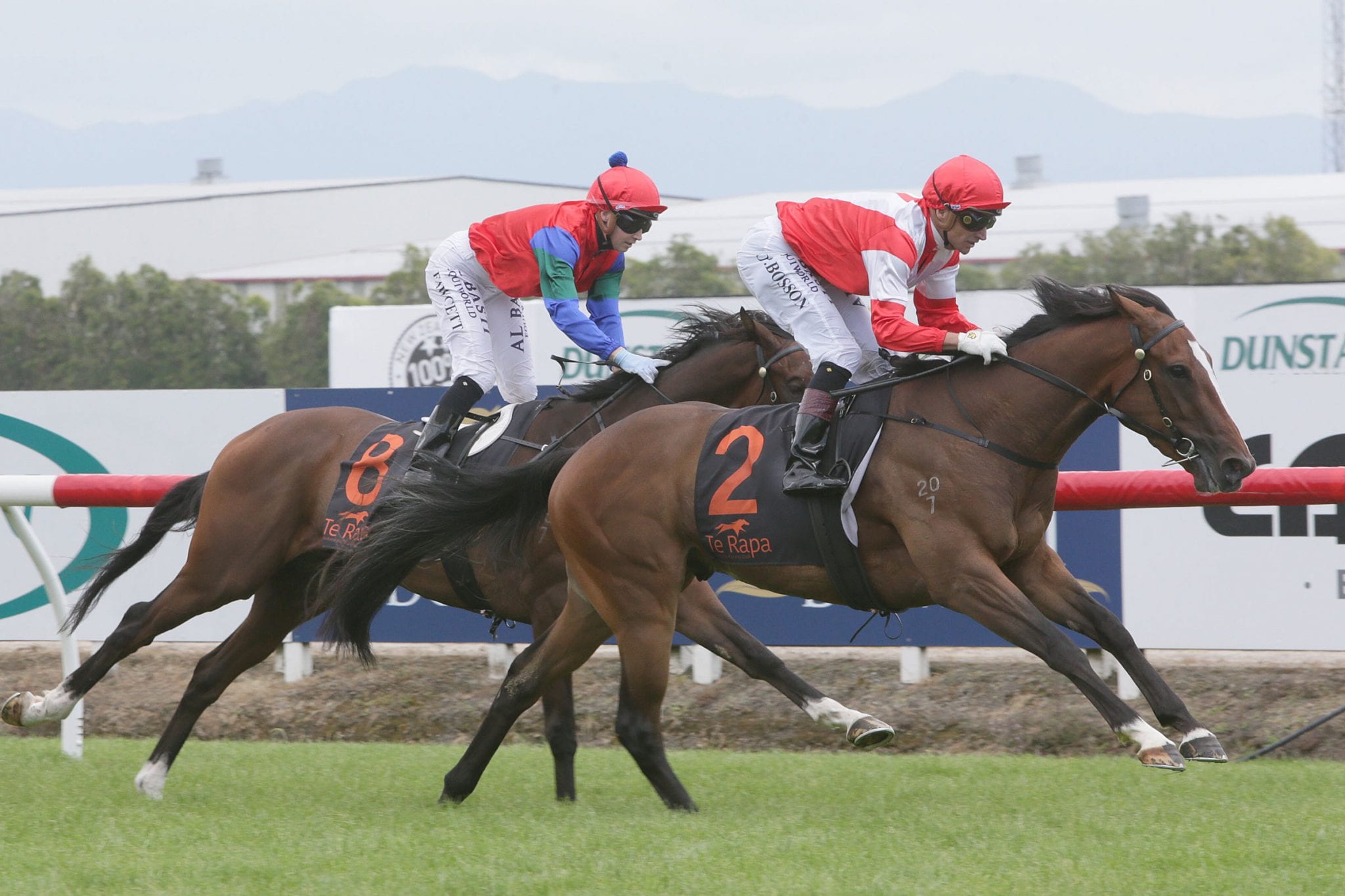 Promising three-year-old Mongolian Wings showed he could be on a similar path to his illustrious sire when he produced an eye-catching display to shed his maiden status at Te Rapa. The Murray Baker and Andrew Forsman-trained gelding is by triple Group 1 winner Mongolian Khan who scooped a Group 1 Derby double in his three-year-old season when successful in both the New Zealand Derby (2400m) at Ellerslie and the Australian Derby (2400m) at Royal Randwick.

The Inner Mongolia Rider Horse Industry-owned entire went on to capture the 2015 Group 1 Caulfield Cup (2400m) as a four-year-old before retiring to stand at Windsor Park Stud in 2016. Bred and raced by Mr Lang Lin and his Inner Mongolia Rider Horse Industry group, Mongolian Wings is from the first crop of Mongolian Khan and looks every inch a similar staying type to his sire, judging by what he produced over 1400m on Saturday.

Rider Opie Bosson, who was aboard Mongolian Khan in all of his Group 1 wins, had Mongolian Wings travelling easily behind the early pacemakers before moving him to the centre of the track in the home straight. Bosson took his time as he balanced his charge up before asking for a serious effort as Mongolian Wings charged home in the final 100m to claim victory.

Co-trainer Murray Baker was impressed with the run as he charts a course towards a potential start in the Group 1 Vodafone New Zealand Derby (2400m) on March 6. “He’s a promising stayer who just lacks a bit of experience at the moment,” Baker said. “In saying that he should be right once he gets up beyond a mile in his next few runs.

“It was a lovely ride as he held him up and only did what he had to do in the end. “This combination has had a bit of luck in the past so it would be nice to think we might be able to do that again. “We’ll see how he pulls up before we make any further assessments of him, but I think when he does get over ground you will see a promising horse.”