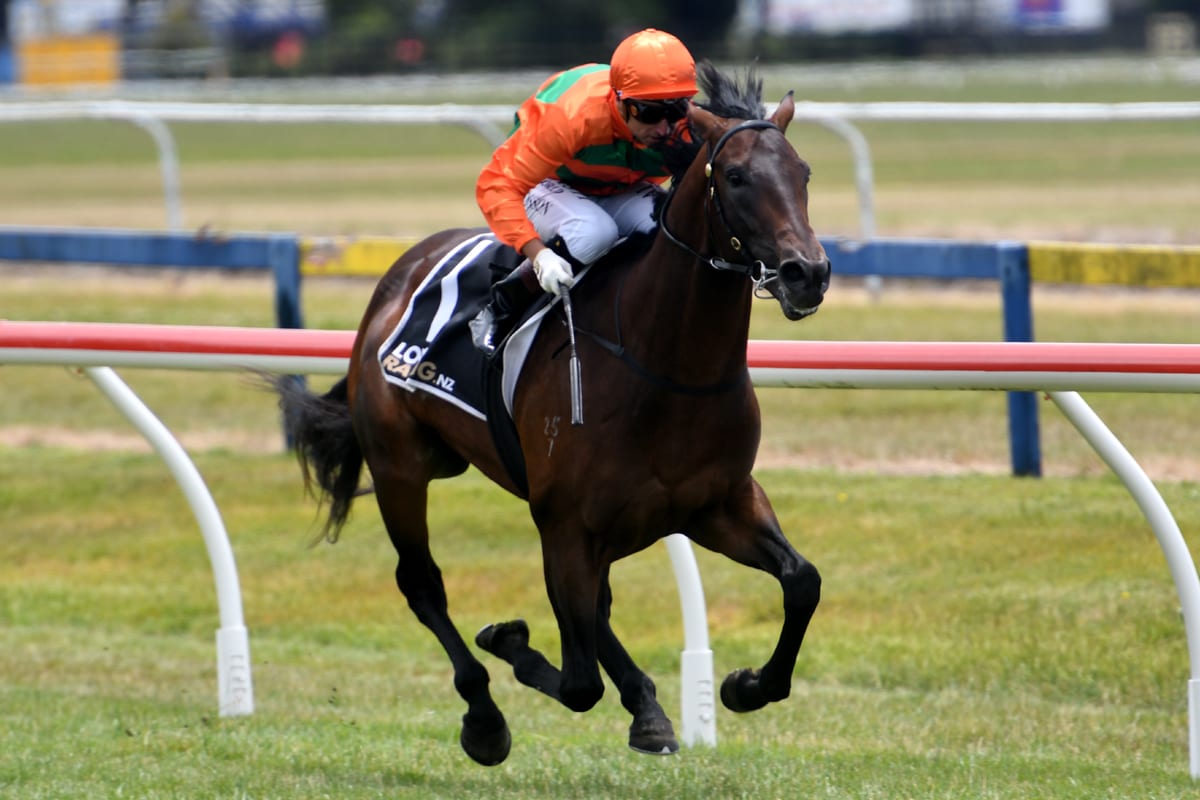 The Murray Baker and Andrew Forsman stable added another likely candidate to their Group 1 Vodafone New Zealand Derby (2400m) assault in March, when Frontman made a winning debut at Rotorua on Monday.

There had been plenty of talk about the full brother to multiple Group 1 winner Bonneval after he had won a 1000m trial at Te Aroha earlier in the month. Backed into a prohibitive $1.90 for the maiden 1400m contest, the Makfi three-year-old never gave his multitude of supporters a moment’s worry as he led comfortably from an inside draw before kicking clear early in the run home.

Rider Opie Bosson hardly moved a muscle as he eased his charge to the line more than two lengths to the good of his well beaten rivals. Co-trainer Andrew Forsman was keen to see his charge perform under raceday conditions and was delighted with the performance.

“He’s always looked like a horse with a bit of quality, so it was nice to see him do that first time out,” Forsman said. “He improved a lot after his trial and up to raceday tempo over a 1400m was a good test for him on debut, which he handled nicely. “Opie said he was still quite green, so there is plenty of scope for development, but it was nice to see him lob in front and then quicken when he had to.”

Frontman holds a nomination for both the Group 1 Levin Classic (1600m) at Trentham and the New Zealand Derby although Forsman believes the Wellington feature will come up too quickly for his charge. “I don’t think we need to panic with him as what he does need is experience and to go through the grades at his own pace,” he said. “The Levin Classic would be too tough as a maiden graduate, so we will see how he comes through the race before we look too much further ahead.

“The key will be to get his rating and his prizemoney up before he hopefully could take his place in the Derby in March.”

Frontman is bred and owned by the Australian-based pair of Peter Newsom and Alexander Whitehouse under their City Bloodstock banner, who also raced the ill-fated Lord Arthur from the Baker and Forsman stable.

Frontman is a half-brother to Lord Arthur, who won the Group 2 Championship Stakes (2100m) at Ellerslie before suffering a fatal injury in a nasty fall during the 2019 Group 1 Queensland Derby (2400m).

Just three races later Mongolian Wings reminded punters he was another in New Zealand Derby contention when he won his second race in row with a comprehensive performance in a rating 65 1560m contest. The Mongolian Khan gelding had broken maidens nicely at Te Rapa just over a week ago and showed the benefit of that experience as he sat handy to the pace for rider Danielle Johnson before powering clear of his rivals in the home straight.

“I think the step up in trip helped as he is a promising stayer,” Forsman said. “He took a lot from that maiden (1400m) win and as he steps up in distance, we expect he will keep improving.”

TAB bookmakers reacted quickly to the winning performances, shortening both Frontman and Mongolian Wings into a +1500 quote on the Fixed Odds market for the New Zealand Derby. That market is currently headed by Baker and Forsman’s Group 1 New Zealand 2000 Guineas (1600m) winner Aegon (+500) and impressive Boxing Day winner Brando (+500).