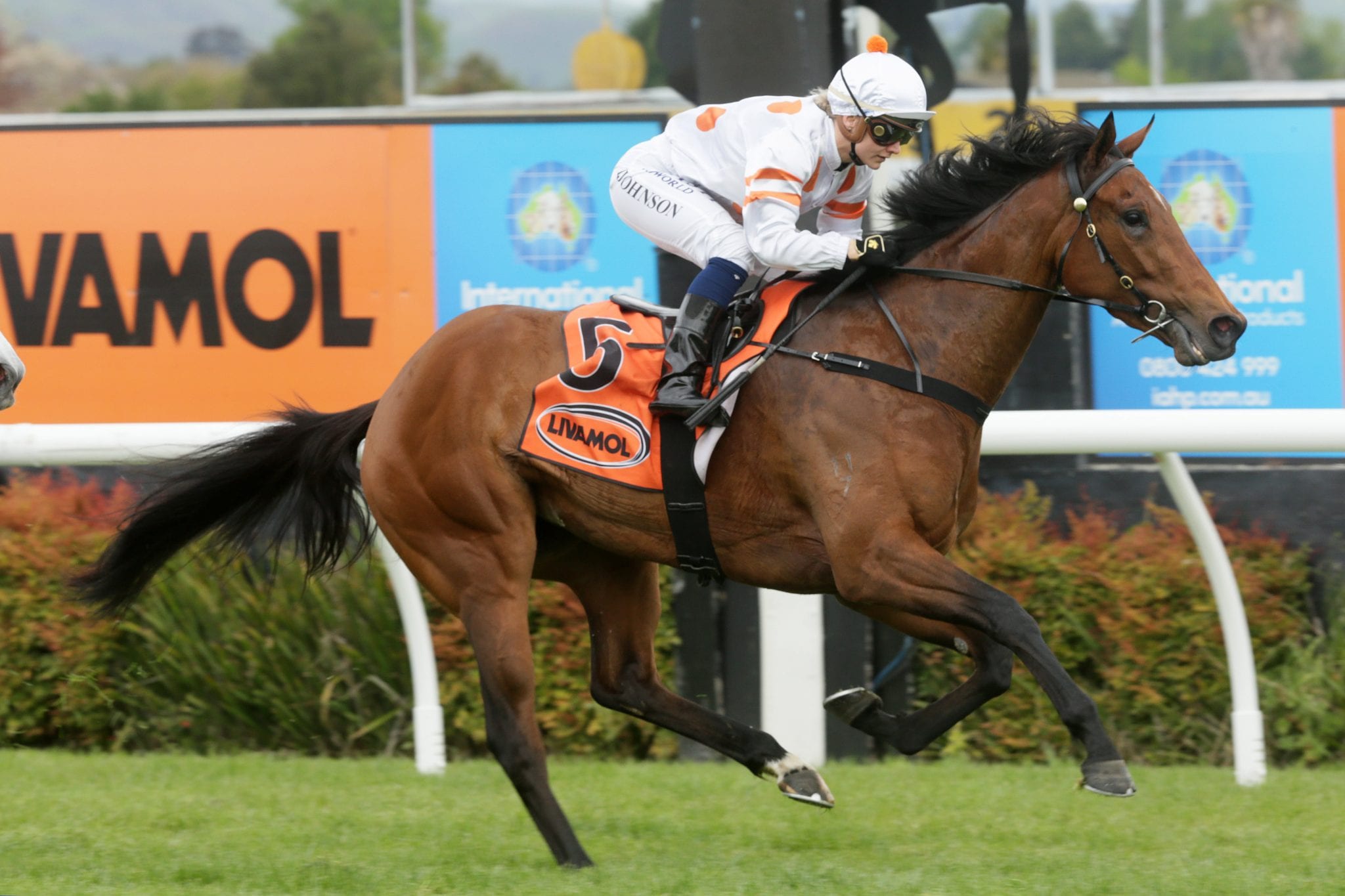 Promising three-year-old Bonham made it two wins from her first two starts when she dominated her female rivals over 1300m at Hastings. The Johno Benner and Hollie Wynyard-trained Per Incanto filly was on trial for a trip south next month to contest the Group 1 Barneswood Farm New Zealand 1000 Guineas (1600m) at Riccarton and performed as expected as she cruised clear in the run home to win by just on a length in the hands of Danielle Johnson.

A comprehensive three-length winner on a Heavy track at Woodville last month, Bonham relished the Slow8 conditions on offer at Hastings as she stamped her class on the contest by coming from near last for the win. “I was pretty happy with the rain when it came as the race shaped up well for her today,” Benner said.

“It was going to be a small field and a slow tempo, which was a slight concern, but she’s pretty good. “I did say to Danielle that she might come off the bridle around the home corner as it is a bit tighter, but don’t panic as when she switches to her outside leg, she is lethal. “It is four weeks to the 1000 Guineas so we won’t run again, but I’m confident we can keep her sound and mentally sound, so we will now sit down and work out how we get her down there.”

Johnson was suitably impressed by the effort from the filly who was a $160,000 purchase from the Little Avondale Stud draft by owner Gary Harding during the Book 1 sale at Karaka in 2019. “She’s a real lady and it was an enjoyable ride,” Johnson said. “She picked them up very quickly and then buttoned off a touch when she got her head in front. “The track is a little bit holding so she might want it a little looser or maybe even a little better.”

Bonham is out of Redoute’s Choice mare Fortune’s Choice who is the granddaughter of dual Group One winner Danendri and is also closely related to Group 1 VRC Oaks (2500m) and Group 1 Vinery Stud Stakes (2000m) winner Faint Perfume.

TAB Bookmakers reacted to the victory by moving Bonham into a $6 second favourite behind Tinker Mcphee ($5) in the Fixed Odds market for the 1000 Guineas.