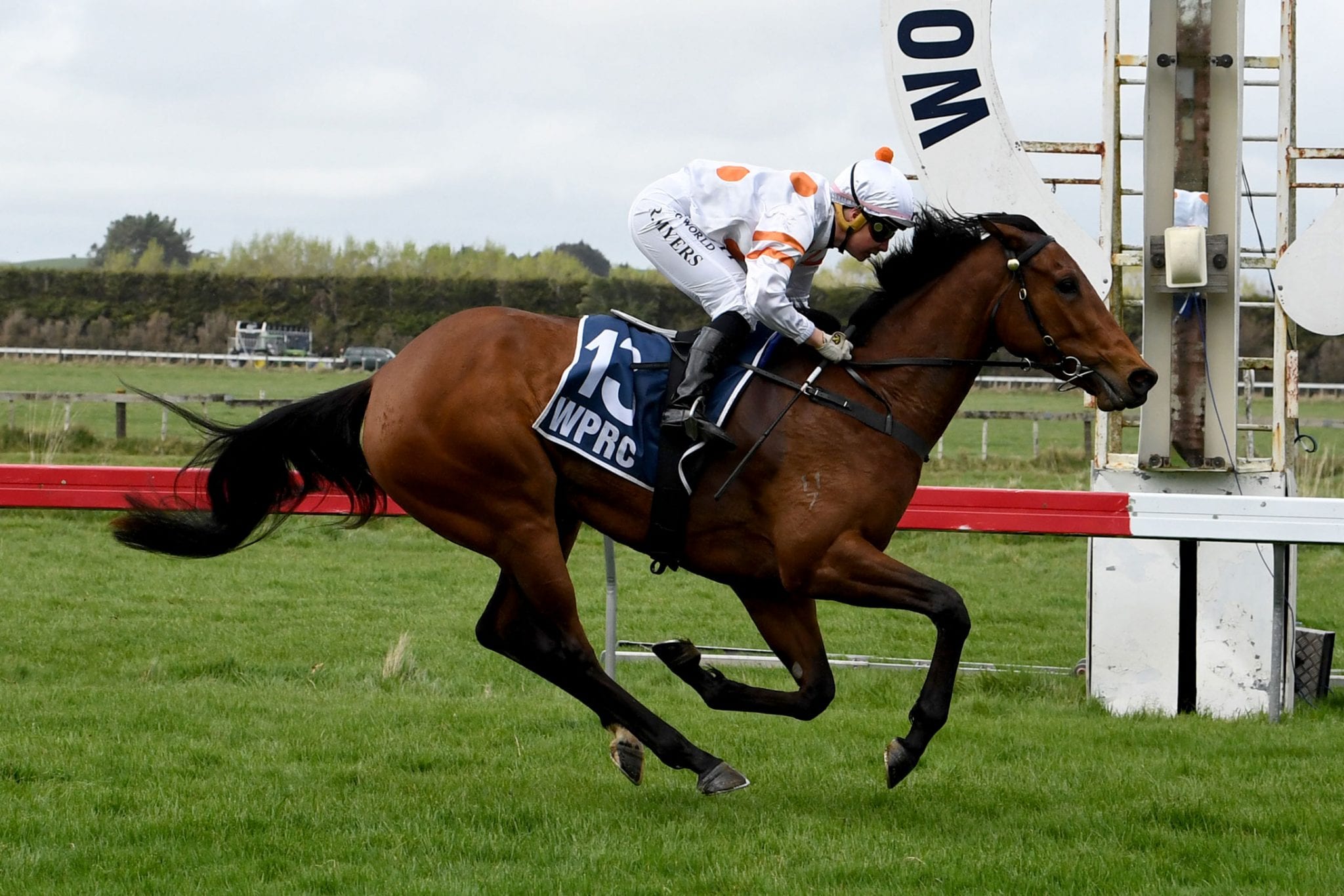 Johno Benner and Hollie Wynyard unleashed a smart filly at Woodville on Thursday when first-starter Bonham cruised to victory in the NZB Insurance Pearl Series Race (1100m). The three-year-old daughter of Per Incanto had won a trial impressively at Foxton and replicated that performance on raceday.

Ridden by Rosie Myers, the Little Avondale-bred filly scored by three-lengths and is sure to feature in better races. “She has always shown exceptional ability, but she just lacked a little bit of ringcraft, that was the only concern against some seasoned older horses, but she definitely overcame that,” Benner said.

“She has been very lightly tried. She has only had one jumpout and one trial, so it was a very good effort. “She has black-type ability and she holds a nomination for the 1000 Guineas (Group 1, 1600m), but it is day by day at the moment. We will see how she comes through the run and we won’t get too far ahead of ourselves.”

Raced by prominent owner Gary Harding, Bonham is out of a Redoute’s Choice daughter of Group 1 performer Banc de Fortune, in turn a daughter of multiple Group 1 winner Danendri. “You’re only as good as your horses and there are some lovely horses amongst what we have for Gary,” Benner said.

Jockey Rosie Myers was full of superlatives for the filly post-race, backing up the feedback of jockey Jason Waddell, who made a special trip to Foxton to partner the Benner-Wynyard horses earlier this month, including Bonham. “Jason is a good mate and with Lisa (Allpress) being out with her hip operation, we wanted someone who could ride all 11 runners we had that day at the trials,” Benner said.

“All of the horses carried a fair bit of weight at the trials and you get really good feedback from Jason as well. “When he said the things he said about her, it fills you with a bit of confidence because he has ridden some good ones.”

Earlier on the card, handy stayer Shakespeare registered his second career victory when winning over 2200m. “He has just taken a bit of time to strengthen and he has got back in a lot of slowly run races and has probably run pretty well without winning,” Benner said. “Even today he got shuffled back to last at the half mile, so it was a big effort and he has got it all ahead of him. He is just getting better and better.”