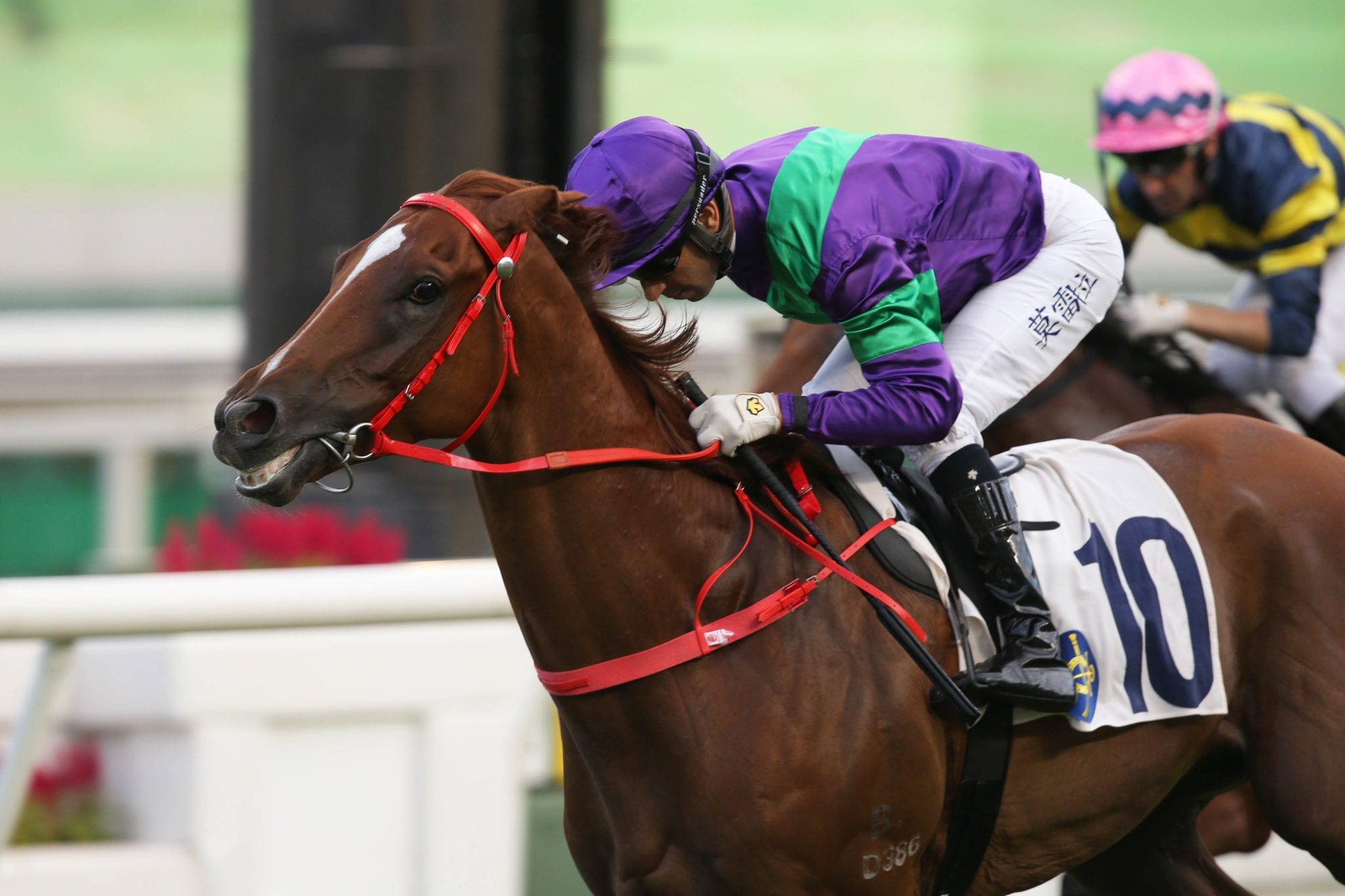 Excellent Proposal (123lb) has already earmarked himself as a possible candidate for the 2021 BMW Hong Kong Derby (2000m) with two smart wins over 1400m and the mile and this Sunday (4 October) at Sha Tin the John Size-trainee is aiming to bolster his claims as he steps up to 1800m for the first time in the Class 2 Chek Lap Kok Handicap (1800m).

“We have to try and step him up eventually – he’s had two runs in a short space of time so I think he’s fit enough to go up to 1800 metres and see if he’s capable, but the way he travels, I think he’ll probably be able to do it,” Size said.

Since his debut defeat last season, the Exceed And Excel gelding has handled everything tabled to him by his handler, scoring two impressive wins this season. His most recent was a dazzling three-wide throughout romp after impressively overcoming gate 14, though this time he’ll break from gate three with Brazilian ace Joao Moreira up.

The BMW Hong Kong Derby is the final leg of the three-race Four-Year-Old Classic Series, which starts in January with the Hong Kong Classic Mile.

And, while he’s already ticked off the Hong Kong Classic Mile distance, this time he’ll step up to the Classic Cup trip. “If he can win a race like this and then with a good passage of time between now and March, as well as a little bit more improvement, then he’s going to be in the Derby,” the 11-time champion trainer said.

The Australian-bred commenced his career as a 75-rater and is now rated 92 from three starts, after arriving in Hong Kong as a PP (Private Purchase).

“He certainly looks like a contender if he gets to a rating of 100, that puts him in the realm of possibility and then it’s just a matter of how he gets on over the next few months,” Size said.

“He looks like a fairly diligent racehorse – he travels well, he’s fairly kind in his races and he accelerates quite well so he has a lot of things going for him.”

Size has a two-pronged assault on Sunday’s finale with Enrichment (119lb) returning off the back a winless campaign last term, which featured four consecutive runner-up efforts.

“He’s been a bit unlucky, he ran into a good horse at Happy Valley in Dances With Dragon and twice he was just too good for him, so he’s been unlucky to bump into a few nice horses both times,” Size said.

The Teofilo gelding has had four trials at Conghua and one trial at Sha Tin in preparation and will set off from gate four, next to his stablemate with French ace Antoine Hamelin in the plate.

“It’s his first run back and at a distance which is always problematic, but he’s had plenty of work and he looks in pretty good condition,” Size said. “He’s a seasoned racehorse for Hong Kong, so he should race well.”

Earlier on the card, Leap Of Faith will also shoot for three wins in a row, tackling the Class 3 Mui Wo Handicap (1400m) after a brilliant weaving drive from Moreira got the Sebring gelding home first-up.

“He was a little bit immature last season, he struggled with that but he still managed to win, but he’s come back a bit stronger. He also looks a bit better and he’s certainly performed a bit better,” Size said.

Three-time champion jockey Moreira will again take the reins and the pair will break from gate six against 12 others.

“I think he’ll get through his Class 3 races ok but I’m not sure where he goes after that – when he came down from Conghua, before he raced, he looked fantastic and I think this time he looks even stronger again,” Size said.

Size also has War Lord entered in the Class 4 Tai O Handicap (1650m, dirt). The Sweet Orange gelding scored impressively on debut 10 starts ago, however since then he has managed only one placing.

“He’s racing with some heart on the dirt. Stepping up to 1650 metres is a bit of an ask for him but we have to go there to see if he can get it,” Size said. “He’s not that keen on the kickback but eventually if he gets in the clear he’ll run home ok.

“It’s a little bit unusual, a horse who can win his first race in Hong Kong usually has a good future but he’s been disappointing so we’ve tried a few different things with him to try and change his mind.”