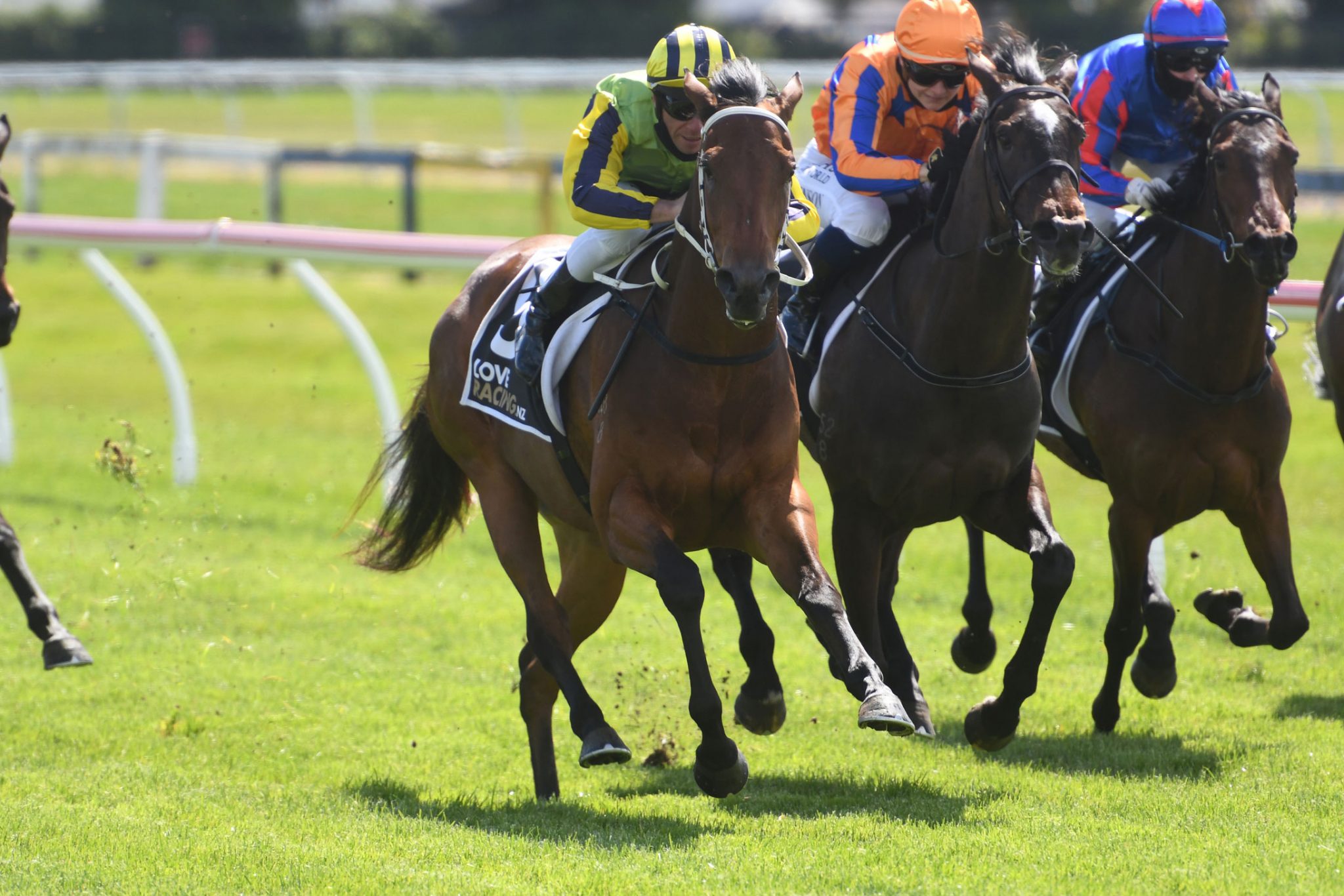 Trainer Stephen Marsh holds a decent hand in the Group 3 Soliloquy Stakes (1400m) at Matamata on Saturday with debut winner Eva Chiara (+600) and Dubai Diva (+3000), who has been luckless in recent outings, to represent his in-form stable.

The former was impressive at the first time of asking last month while her barnmate hasn’t enjoyed the best of fortunes this preparation and both are considered worthy contenders in the Matamata Veterinary Services-sponsored feature.

Eva Chiara was badly held up at Rotorua and when a gap presented late in the straight, she burst through to win going away and in a manner that suggested she can make her mark in far stronger company.

“Her win was really, really good and her trials leading into it were great as well,” said Marsh, who enjoyed a winning double at Tauranga on Wednesday courtesy of La Bella Beals and Chakana.

“She’s just got better and better all the time and to come from where she was the other day was pretty phenomenal. She’s breezed through the run and her work has been very good. I’m really happy with her, for sure.”

Marsh said Eva Chiara’s prospects had also been enhanced with the top-rated trio of Imperatriz, Ziegfeld and Mustang Valley to jump from the widest gates.

“It’s a nice step-up for her. She has drawn out a little bit too, but the favoured runners have drawn the outside three marbles.”

A NZD$100,000 Karaka purchase out of breeder Milan Park’s draft, the Savabeel filly is raced by prominent owner Lib Petagna, who has enjoyed an abundance of success with Marsh.

Most notably has been the Group 1 ATC Oaks (2400m) winner Sofia Rosa while Lucia Valentina claimed an edition of the Group 3 Wellington Stakes (1600m) and finished runner-up to Rising Romance in the Group 2 Royal Stakes (2000m) before she relocated to Australia where she was a multiple Group One winner from Kris Lees’ yard.

Dubai Diva improved on her resuming fifth to finish runner-up at Taupo and had interrupted runs both times.

“She has lacked a bit of ringcraft, but she is going really well and I think she’s the big improver. I don’t think there’s much between them,” Marsh said.

“As it’s ended up, Bonny Lass, who would have been one of the favourites has been scratched so we’ve got Michael McNab to ride Dubai Diva, we’ve come up trumps there.

“Eva Chiara has a bit more professionalism, but Dubai Diva has got the good barrier draw. She still hasn’t quite got her head around it all, but I do believe they will both run well.”

Marsh is also expecting a strong showing from his southern-based stayer Lincoln King in the Listed Sothys Spring Classic (2000m) at Riccarton.

“He’s going well and he’s just needed a few runs this time in. The blinkers will go on and his coat’s turning and he’s ready to put his hand up again,” he said.

“He’s nicely weighted and well-drawn and the race should pan out nicely for him.”