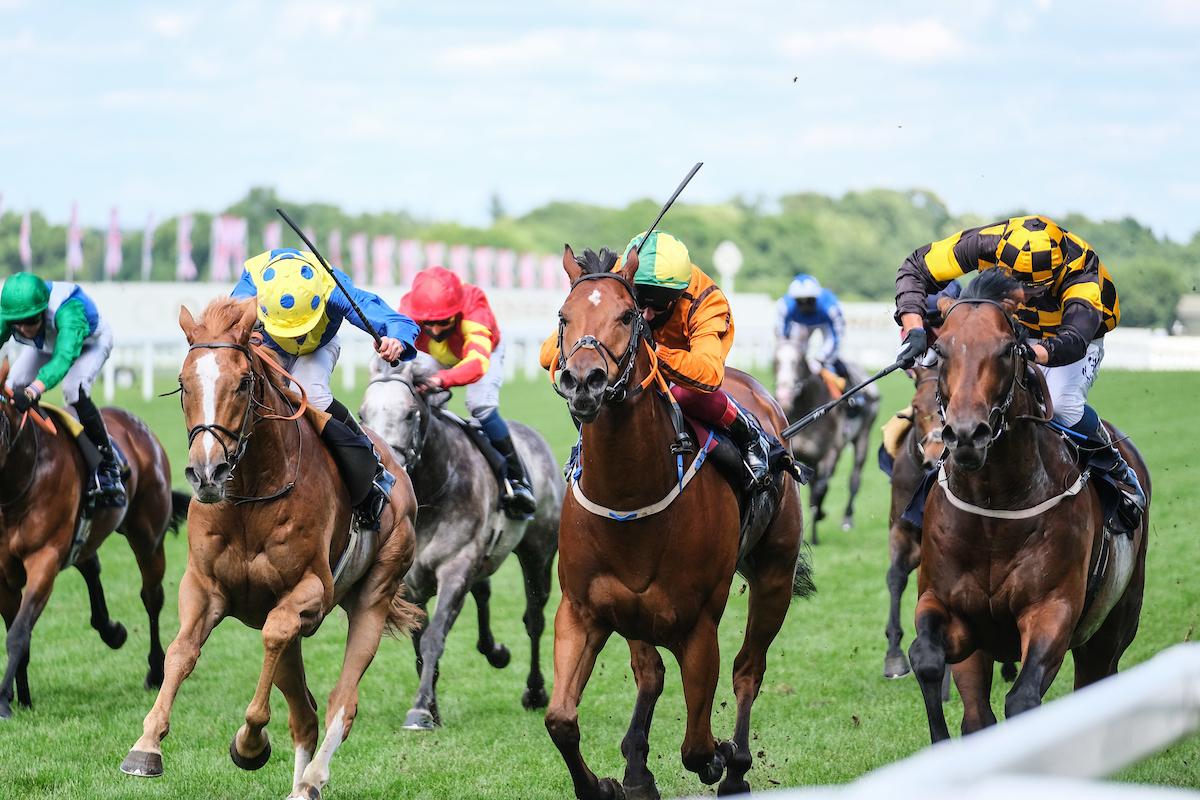 Espoir De Guye and Red Risk are the top two in the betting and joint top weights for the Coral Handicap Chase at Ascot (14.05 GMT) on Friday, but the latter should have an edge on fitness and offers the betting value at +400.

The combined price for the two market leaders is about +120, which means the rest of the field can be backed at -149.99. According to those odds, the winner would be Espoir De Guye or Red Risk five times out of 11. The current Official Ratings make that a good bet.

The form suggests one of the pair would win the race more often than not. It is an odds-on outcome you can back at bigger than evens. Focusing on Red Risk brings the odds more in your favour, but a small saver on Espoir de Guye or ‘dutching’ both runners is an even more solid proposition.

Dutching two horses in a race means spreading the risk and working out the stake on each selection for the same return if either horse wins. The race over two miles and five furlongs at Ascot this weekend is a great example of the value of such an approach.

The race has attracted nine declarations in a weight range of 11st 12lbs to 10st 5lbs. The betting suggests an open contest. Six of the nine runners are quoted at single-figure odds, while the outsider is +1100 in the early betting. However, Espoir De Guye and Red Risk tick the most number of boxes.

Deauville Dancer has not run for 329 days and last won in November 2018. The nine-year-old has dropped in the weights but has not won a Class 2 chase, which is the level of the handicap at the Royal racecourse on Friday.

Court Meribel carries only 2lbs less than Espoir De Guye and Red Risk and appears to be in the grip of the handicapper. The gelding’s last win was two years ago in a decent novices’ chase at Cheltenham, but the penalty has led to five unplaced efforts in five races.

The other five runners appear to be running off unmanageable marks or off the pace in terms of ratings and past form. The two market leaders have the right credentials, but Red Risk is preferred of the two most likely winners for a number of reasons.

Espoir De Guye has had wind surgery since his last race at the Cheltenham Festival in March. The +800 third favourite ran well for most of the race but weakened quickly three fences from home, which suggested something was amiss. The operation may or may not have rectified the problem, but the risk of now backing Espoir De Guye outweighs the potential reward.

Ground should not be an issue for Espoir De Guye or Red Risk. Both horses have won on the soft going which is forecast for Ascot on Friday. The former does have the better form at this level, but the eight-month absence since underperforming at Cheltenham is a major concern.

There are fewer ifs, buts and maybes with Red Risk. The Paul Nicholls-trained runner has graduated through the classes in his last three starts. The latest run produced a significantly improved rating, and there could be more progression. A 34-day break from the track means there are less doubts about fitness.

Espoir De Guye and Red Risk have the profiles to fight out the finish. The former does have a slight edge on form, but the latter should be in better shape and can make fitness count in this handicap chase. However, a bit of insurance with a saver on Espoir De Guye or dutched bets is recommended.