What can Might Bite show at Ascot this Saturday? 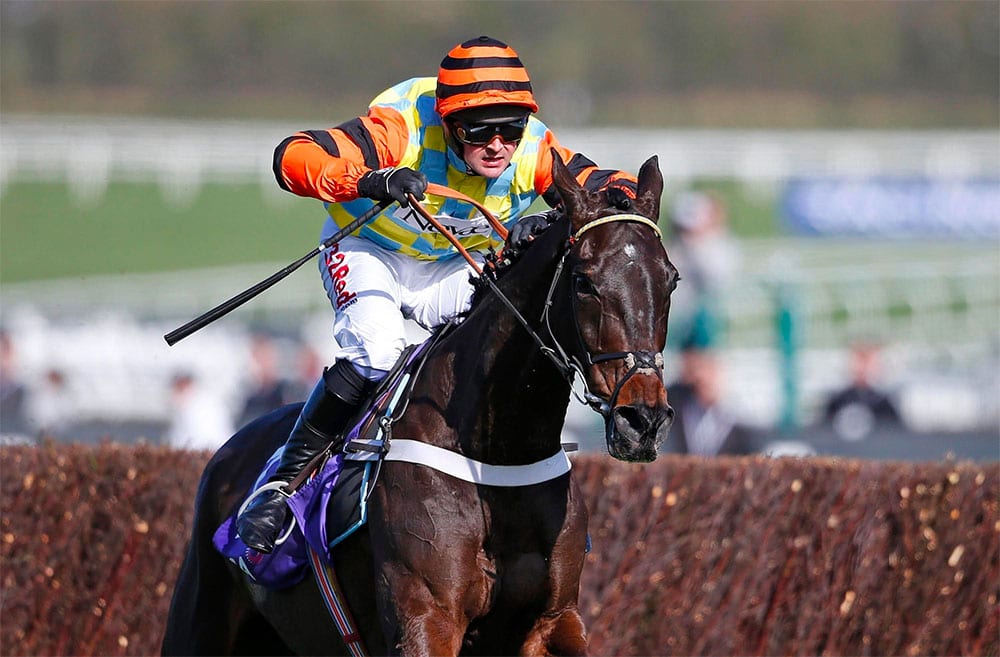 When Might Bite won the Betway Bowl at Aintree in April 2018, he earned an Official Rating of 172. The 11-year-old runs off a mark of 152 in the Sodexo Gold Cup Handicap Chase at Ascot (15.40) on Saturday, so in theory he could have more than a stone in hand.

The horse can be backed at +1600 with BetOnline for the almost three-mile race, and that is a bet worth placing despite a major dip in form.

Might Bite has not won a race since that Grade 1 chase at the home of the Grand National over two-and-a-half years ago. Finishing second to Native River in the Gold Cup as the +400 favourite on his previous start was a brilliant effort on ground the horse did not like. The gelding ran in the Gold Cup the following season but was pulled up behind Al Boum Photo.

Three more disappointing efforts led the trainer, Nicky Henderson, to run Might Bite in the cross country race at the Cheltenham Festival in March. A seventh-place finish 49 lengths behind the winner was another modest run.

Might Bite is now in handicap company on Saturday after showing the ability to win at the highest level over jumps. The RSA Chase at Cheltenham in 2017 produced a remarkable display by the Henderson horse.

The eventual winner veered off course after the final fence with the race won. Might Bite looked out of the race, but jockey Nico de Boinville got him running again to get up at the line and beat Whisper by a nose. Winning a Grade 1 chase in that manner was unprecedented.

A reproduction of that form would see Might Bite win the Sodexo-sponsored race this Saturday by a wide margin. He has been in decline over the last five races, but he is the type of animal who could suddenly recapture old form and land the odds. The Grand National in the spring is a possible long-term target.

Might Bite won the King George VI Chase at Kempton on Boxing Day in 2017, running to a mark of 162. It’s not a great ask to run within a few pounds of that effort, which would be good enough to be competitive in this handicap chase.

Comanche Red is the favourite and receives 2lbs from Might Bite. However, the horse was well beaten in a Grade 2 novices chase at Kempton in February and is weighted up to his best form, while Might Bite potentially has race conditions to suit.

Black Corton is the top weight but also looks to be on a tough mark. The beaten favourite in a similar race at Kempton on his last start carries 8lbs more than Might Bite, which looks hard to handle on the forecasted good-to-soft ground. Might Bite’s running style from the front could put the race to bed before the final mile.

Mister Malarky beat Black Corton in that Kempton race by two lengths. The weight variance is the same this weekend, so in theory Mister Malarky should again be too good for Black Corton. Whatmore gets in off a low weight, but no wins in five starts does not augur well.

It would take a run from left field for Might Bite to win at Ascot on Saturday. However, the veteran chaser has a history of doing something out of the ordinary, and the odds for a return to form are too big to ignore. The Grand National could then be on the agenda.