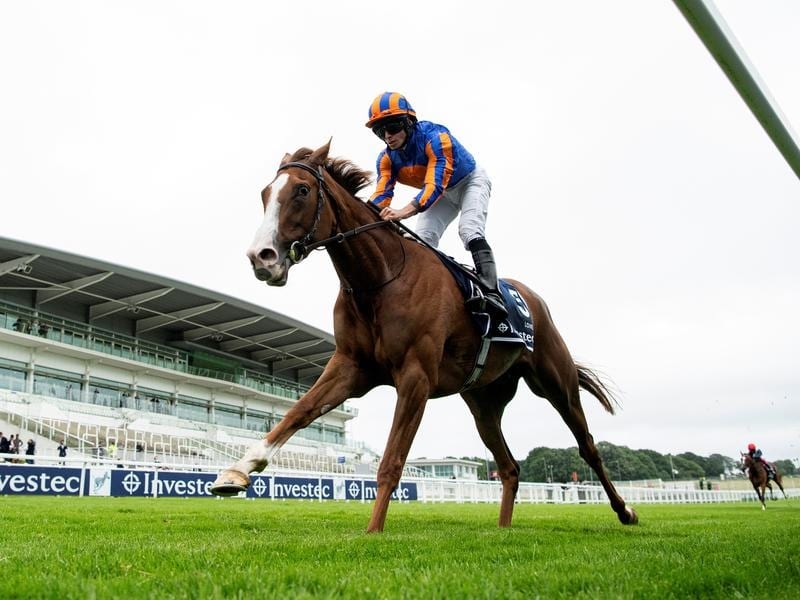 Love gets a fillies’ allowance of three pounds in the King George VI & Queen Elizabeth Stakes. The three-year-old dual Classic winner also receives 12 pounds from the older horses, so she has all the advantages for Saturday’s Group 1 feature at Ascot.

Male horses aged four and older carry 15 pounds more than the Classic-generation fillies. Love will be a tough nut to crack with the allowances and looks the ante-post betting value at +600. The race has lost some of its appeal because Ghaiyyath does not appear in the market, although the Derby winner, Serpentine, could run in a clash of the generations.

The King George is the mid-season championship race for middle-distance horses. It brings together the proven Classic horses for the year and horses aged four and older. The race distance is one mile and four furlongs, which is the same as the Derby trip. Only Kameko of the 2020 English Classic winners has not been entered. Love won the 1,000 Guineas and Oaks, while Serpentine is a possible runner.

The quality of the race is reflected in the winners’ average Official Rating of 120 over the last 10 years. Enable won the race in 2017 and 2019 with ratings of 122 and 125 respectively. She is one of three two-time winners, but the horse looks short at +110 for a record third win. Enable ran to a figure of 121 when finishing second behind Ghaiyyath in the Eclipse at Sandown. Her career-best figure is 129, achieved in the 2017 Prix de l’Arc de Triomphe.

The current second favourite for Saturday’s Ascot Group 1 highlight is Magical at a best-priced +350. The Aidan O’Brien-trained runner is a mare and so gets the sex allowance but not the weight-for-age allowance. She carries nine stones and four pounds, while Love carries eight stones and six pounds. Magical will have to produce a career best to beat Love under these race conditions.

Japan, third in the early betting, is another possible runner trained by O’Brien, who has the four horses immediately behind Enable in the ante-post market. Their combined price is -149.99, so you can back the rest of the field at +150. Japan is a four-year-old colt and so has the maximum weight, which might not be manageable. He was third behind Enable by a head in the Eclipse and the two horses run off the same terms in this, so reversing the form will be no mean feat.

Serpentine won the Epsom Derby by five-and-a-half lengths. The other horses never looked like overhauling the winner inside the final two furlongs, but there are doubts about the value of the form. The King George will show whether the Derby produced a fluke result or Serpentine is the best three-year-old colt in training.

Stradivarius appears in some ante-post lists, but the three-time Ascot Gold Cup winner is an unlikely starter. English King did not have much luck in running in the Derby but stayed on to finish fifth, some six-and-a-quarter lengths behind Serpentine. The horse looks a big price at +1600 and offers the best value of the male three-year-olds. However, Love’s additional fillies’ allowance could be crucial and she will be hard to beat with such a generous claim.