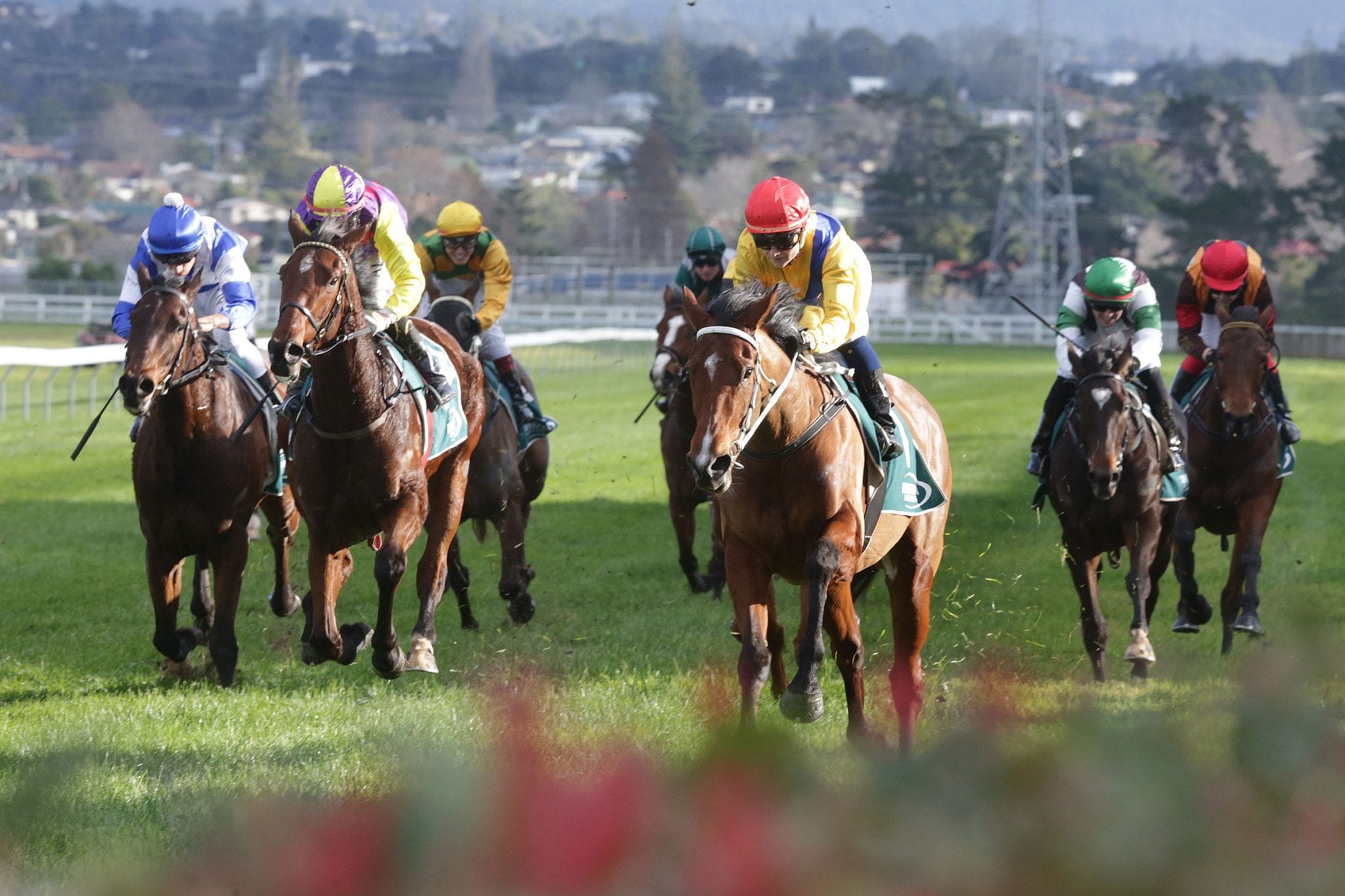 A relationship forged over many years in the racing game together bore further fruit on Saturday when the Stephen Marsh-trained Letz’av Bubbles broke her maiden status at just her third raceday start. Letz’av Bubbles is raced by the Shirl’s Girls syndicate, a group comprising friends and family of Shirley Vincent, who bred the Showcasing filly along with her husband Murray, son Craig and good friends Karen and Kevin Fursdon.

The syndicate was put together by Shirley’s daughter Karyn, the Administration Manager at Rich Hill Stud, and is named in honour of Shirley who sadly passed away just over two years ago. Saturday’s victory was warmly greeted by the members who made their way to the track as they celebrated an emotional victory.

“I think there is about twenty people all up in the horse once you add in the partners of the official shareholders,” Karyn Vincent said. “It’s a group of family and Mum’s close friends who are in the horse including several first-time owners. “Seven or eight made the trip to Avondale and made their presence felt as there was plenty of noise when she looked like she was going to win. “We didn’t all get to celebrate together as people had their own commitments, but by the look of the pictures I’ve seen this morning, there were plenty of glasses of bubbles raised to toast the victory.”

Letz’Av Bubbles is a daughter of Volksraad mare Phillipa Glass who was bred and raced by the Vincents and Fursdons and is the younger sibling of good performers such as I’ll’ava’alf, I’llav Bubbles and promising mare Le Sablier, who is prepared by Karen Fursdon at her Matamata base. “We have been friends with Murray and Shirley for many years and have bred and raced a number of horses together,” Fursdon said. “We won two races with Phillipa Glass but her best work has been in the breeding barn where she has had seven foals to race and they have all been winners now.

“We had a foal share arrangement with the Vincents where we would breed two foals and they would breed the next two. “Letz’av Bubbles is one that they bred and I’m just so pleased to see her win, especially after Shirley’s passing, it makes it a very special win. “I had said I didn’t want to train this one but Kevin and I were really keen to stay involved so that’s why we took a share in the syndicate. “Stephen (Marsh) has done a fantastic job with her and he did tell everyone that she would win on Saturday after she went a nice race first up over 1200m at Te Rapa. “His judgement was spot on.”

Fursdon is looking forward to Letz’av Bubbles’ elder sibling Le Sablier making her raceday return in the spring with her campaign in its early stages at present. Stable star Yearn is also back in work as she readies for what will likely be her last preparation before heading to the breeding barn.

“Le Sablier is just doing some easy work at the moment as the tracks are a bit tough for her,” she said. “We’ll start to get a little more serious with her when the tracks dry out. “Yearn has also done a bit of work over the last month but she needs a better track as well so she will just keep ticking over until the weather improves and she gets a decent track to quicken up on.

“We had thought about taking her to Sydney but with the COVID-19 situation it has become a little too tough. “I think this is likely to be her last season of racing so we will keep her at home and look at what targets we can go for here.”