Emotional victory for Satherley at Tauranga 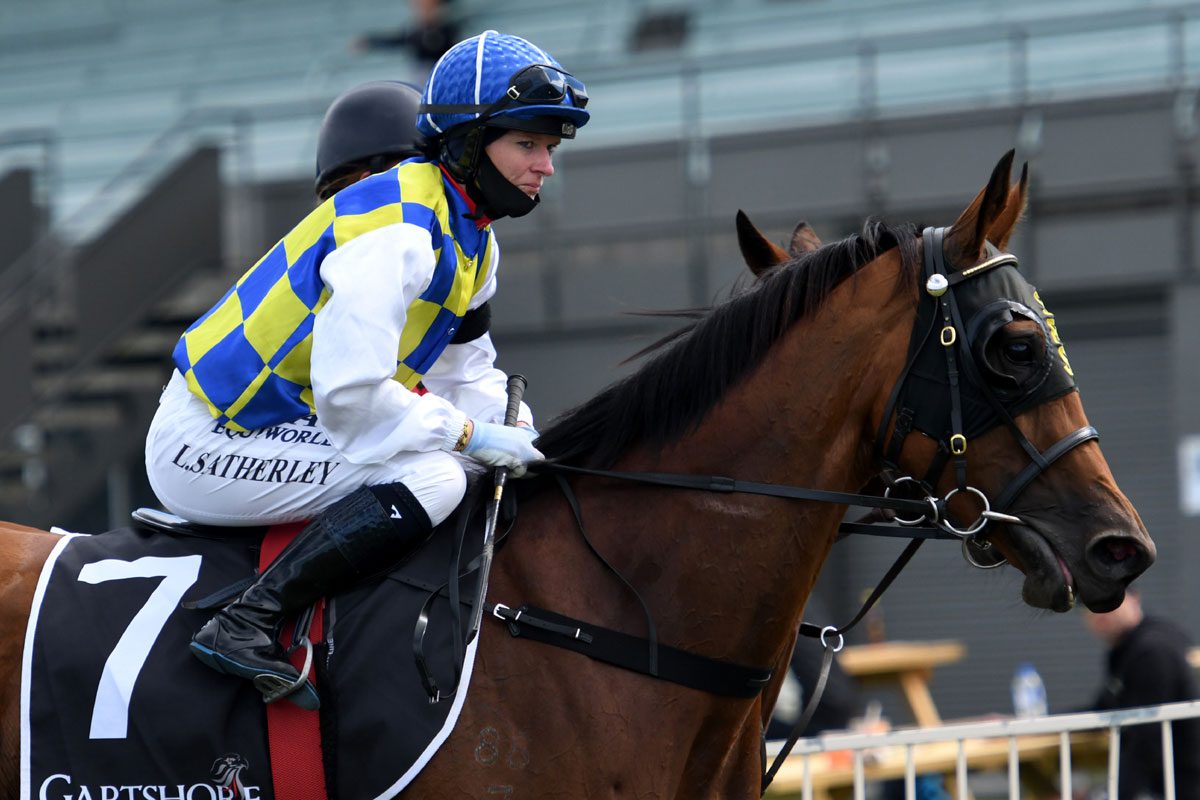 Lynsey Satherley admitted to having a tear in her eye as she made her way back into the Tauranga birdcage following the running of the fourth race on the card on Saturday.

The popular Cambridge jockey wasn’t alone in that respect after riding the Debbie Sweeney-trained Clever Ruds to victory, sparking an outpouring of emotion from the racing fraternity in attendance following the tragic death of Sweeney’s brother Mark Sanders in a boating accident last Sunday.

Sporting a black armband in tribute to Sanders, Satherley raised her whip to the sky a few strides past the winning post in a fitting tribute as she was over-come with emotion.

“It is a very emotional day and I’m just glad that hopefully we could bring a little bit of sunshine to the Sanders family in what is a very tough time for them,” Satherley said.

“I hadn’t really planned the salute it just came automatically as I was overcome by emotion straight away.

“The Sanders have been more than just friends or employers to me, they have been like an extended family and I just feel so much for what they are going through.

“You just can’t believe Mark has been taken like this as it was only a couple of weeks ago that we were talking and he was giving me a hard time about something or another.”

Satherley had been all business before and during the race but admitted she took a moment to compose herself on the way back to the Tauranga birdcage on the four-year-old daughter of El Roca.

“I’ve been doing this job long enough now to know I was there to do a job and not let the circumstances get to me,” she said.

“During the race she (Clever Ruds) travelled nicely and she really got down and galloped hard in the straight as in the past she could wander around a little.

“I think the only concern I had was that I got the whip caught in the reins in the straight, but she was just going too well for them and won like a horse that has plenty more in store.

“When we pulled up it was all quite surreal and I just needed a few moments to pull myself together, but it was really special to win that race and I just hope it is something for the whole Sanders family to smile about.”