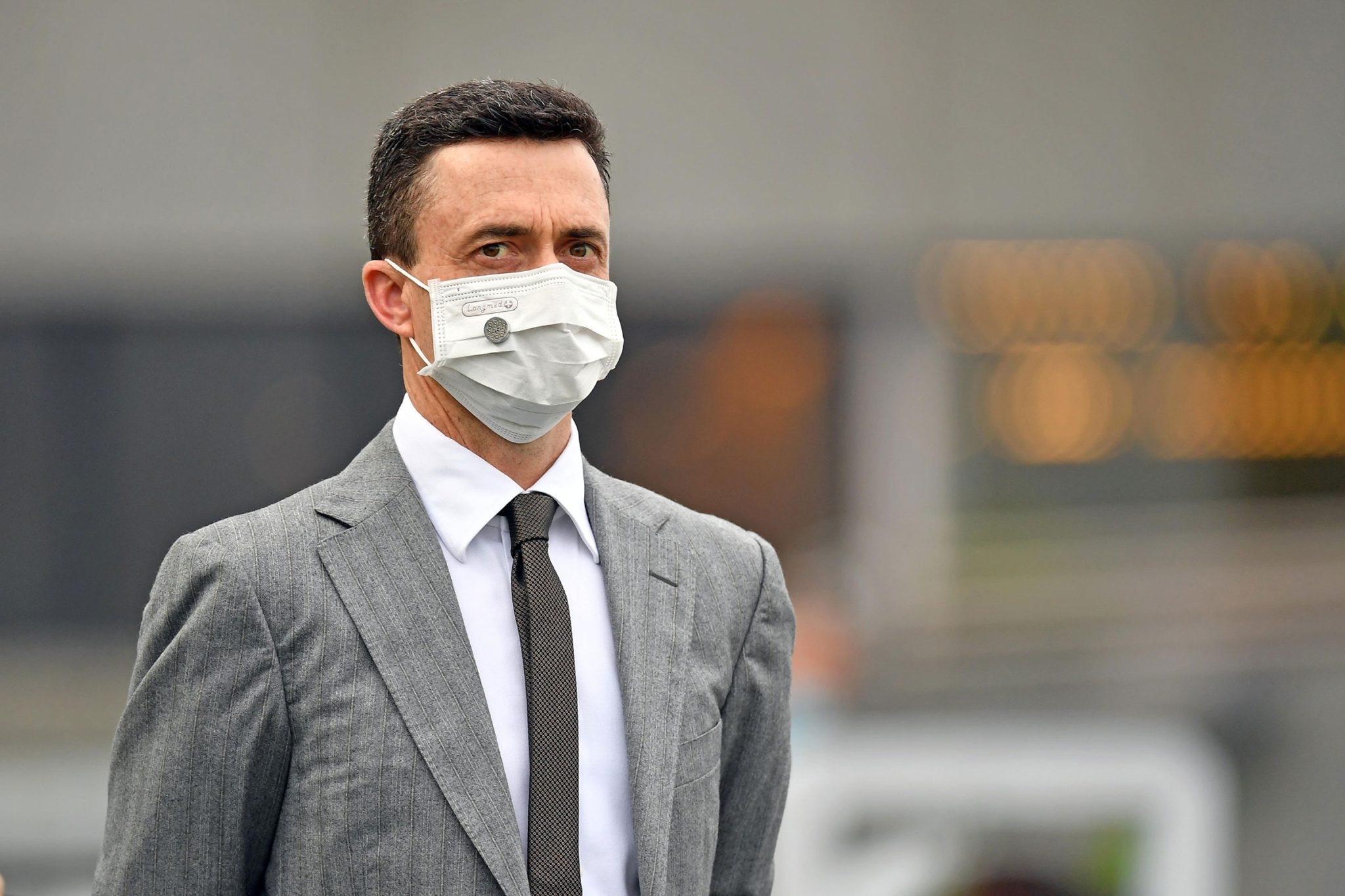 In the midst of his best season, with a pair of Group 1 triumphs as pinnacles, Douglas Whyte is hopeful Stronger can continue the stable’s glittering run with success in the Group 2 Sprint Cup (1200m) at Sha Tin on Sunday (3 April).

Assessing the diminutive sprinter’s chances against fellow Group 1 winners Wellington and Hot King Prawn and a string of tough, seasoned lower-rated opponents, Whyte believes the chestnut is on a similar plane to when he won the Group 1 Centenary Sprint Cup (1200m) at Sha Tin on 23 January.

“He’s held his form, his trial the other day (22 March) was very good. I was satisfied with it and he’s pulled up well post-trial, so I would have to say he’s in very similar form to when he won,” the South African said.

“He’s had a freshen-up at Conghua and he’s had two trials since and I was on him on Monday morning (28 March) for his final gallop and he felt terrific.

“If he was a hand higher, he’d be a contender in all the Group 1 races but he’s always going to fall short from that perspective, but he goes there and tries his best every day – when there’s a reason for the others to fail, he’ll be there to pick it up like he did last start.

“He’s switching off better and he’s attacking the line. He used to previously kind of jump and lead and only have a short dash. Now, being a bit more conservative, he’s hitting the line better.”

Whyte saddles another last-start Group 1 winner – Russian Emperor – in the Group 2 Chairman’s Trophy (1600m) at the weekend and jockey Blake Shinn is confident the regally-bred gelding is still capable of improvement.

“Most of his runs at a mile have been very good. The thing about Russian Emperor is that he’s a horse that keeps on improving. I don’t think Douglas Whyte has got to the absolute bottom of him. The more time he spends in Hong Kong, he keeps adjusting to the ground and he’s getting tougher mentally and physically,” Shinn said.

“He’s got plenty of upside, this horse, and he can’t be underestimated.

“He’s been a great horse to me, obviously winning the Group 1 Citi Hong Kong Gold Cup – that was a very special victory for everyone concerned. He steps out again at the weekend and it’s not going to be an easy one. We’re racing Golden Sixty and Waikuku and a lot of other talented horses in the race but Russian Emperor is a very talented horse.

“Douglas Whyte has followed a similar pattern with the time between runs so the trial was a sort of maintenance trial and that was all we wanted to do leading into this race. The trial ticked him over nicely coming into Sunday’s race. It was quite a slowly-run trial in the early stages and then they sprinted home. I was pretty happy with how my horse went heading into the weekend.”

Shinn is adamant Russian Emperor can contend strongly despite dropping back in distance after winning the Group 1 Citi Hong Kong Gold Cup (2000m) on 20 February.

“His run two starts back was full of merit (over 1600m). Obviously, Golden Sixty and Waikuku got the better of him on that occasion and they’re two horses who, at the mile, I have the utmost respect for because, arguably, they’re the two best horses at the mile in Hong Kong.

“But Russian Emperor is certainly nipping at their heels and if anything goes wrong, he’s the horse to certainly give them a great race.”