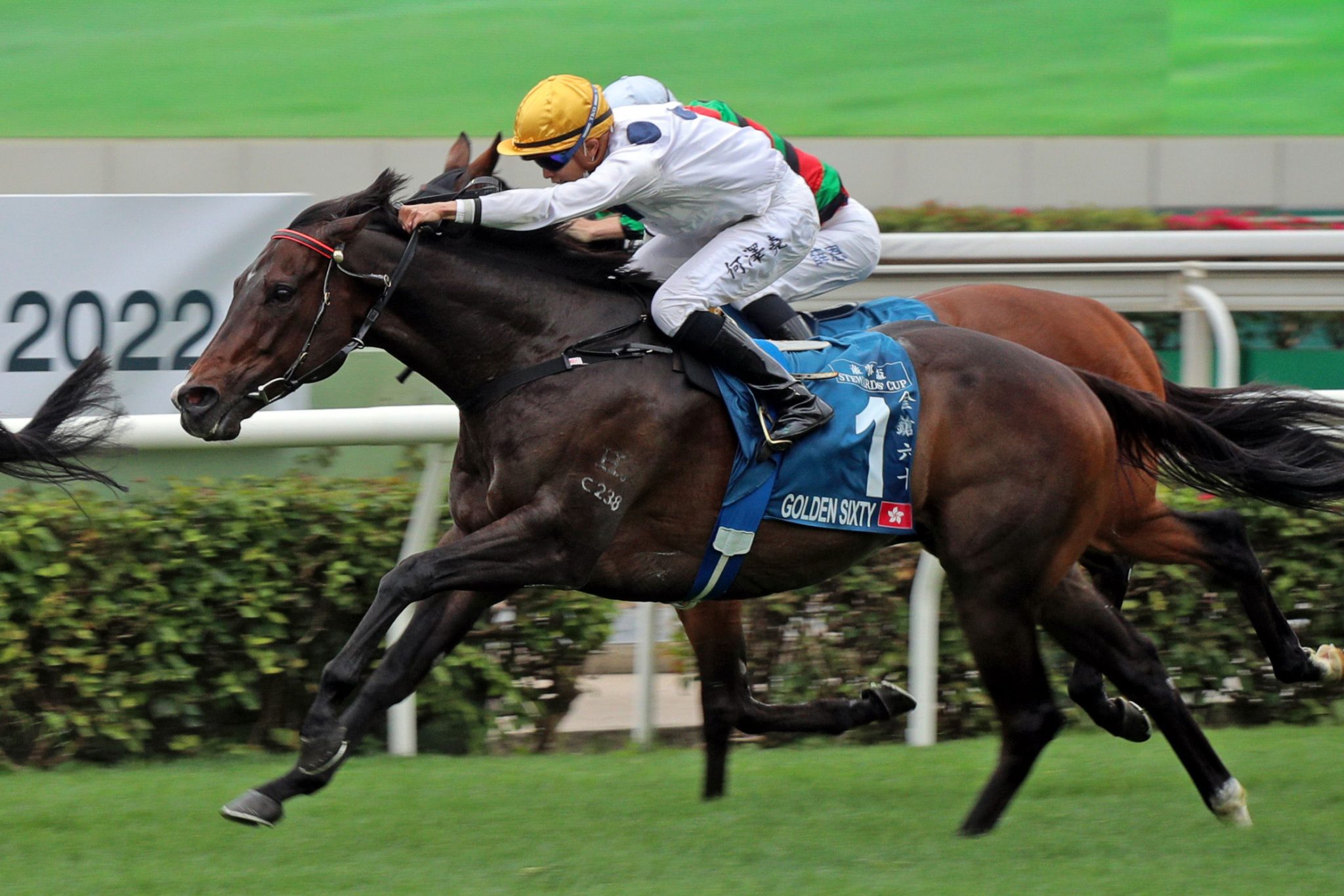 Looking to banish memories of consecutive defeats and recapture his winning thread, Golden Sixty clocked 59.20s (14.5, 22.6, 22.1) on a still morning under floodlights at Sha Tin, while Russian Emperor crossed untouched by Blake Shinn in last position.

Urged along by Ho, Golden Sixty – with his familiar blue foreleg wraps tightly fastened – stretched out swiftly over 1000m on the grass, much to the pleasure of trainer Francis Lui who, maintained a careful eye over the HKD$99.29 million earner.

“He seems ok – he had a bit of a blow this morning after the trial, the plan was to push him because he has only had four runs this season – he hasn’t had too many races, so he needs the trials,” Lui said.

Entered for the HKD$4.75 million Group 2 Chairman’s Trophy (1600m) on Sunday, 3 April at Sha Tin, Golden Sixty could face up to 13 others that day currently entered for the race, including Russian Emperor, Waikuku, More Than This and Cheerful Days.

Douglas Whyte was pleased with Russian Emperor following his effort.

“He was just there to have a hit out, obviously Blake (Shinn) was very conservative on him but he did come back and he was complimentary of the horse’s work, he looked good in his action,” Whyte said.

“He wasn’t there to win the trial, he was just there to have a blow out and put him in good stead for the third of April,” Whyte said. “I’m very happy, he’s progressively got better and he’s certainly a changed individual.”

Whyte is targeting the HKD$25 million feature next month with Russian Emperor – a contest he won three times as jockey with London News (1997), Oriental Express (1998) and Ambitious Dragon (2011).

“That’s his target (FWD QEII Cup), he’s going to run in the mile purely because it’s too long between races, so then he’ll step up three weeks later in the FWD QEII Cup and that’s his main target,” Whyte outlined.

More Than This – twice second at Group 1 level to Golden Sixty – tuned up for fourth in the same trial, while Tourbillon Diamond and Butterfield grabbed fifth and sixth, respectively.

In the second trial, Sky Field caught the eye under Blake Shinn, clocking a fast-finishing 59.33s over 1000m on the grass for second behind only Carroll Street.

Both sprinters are entered for HKD$4.75 million Group 2 Sprint Cup (1200m) on Sunday, 3 April at Sha Tin among the likes of Hot King Prawn, Master Eight and Wellington.