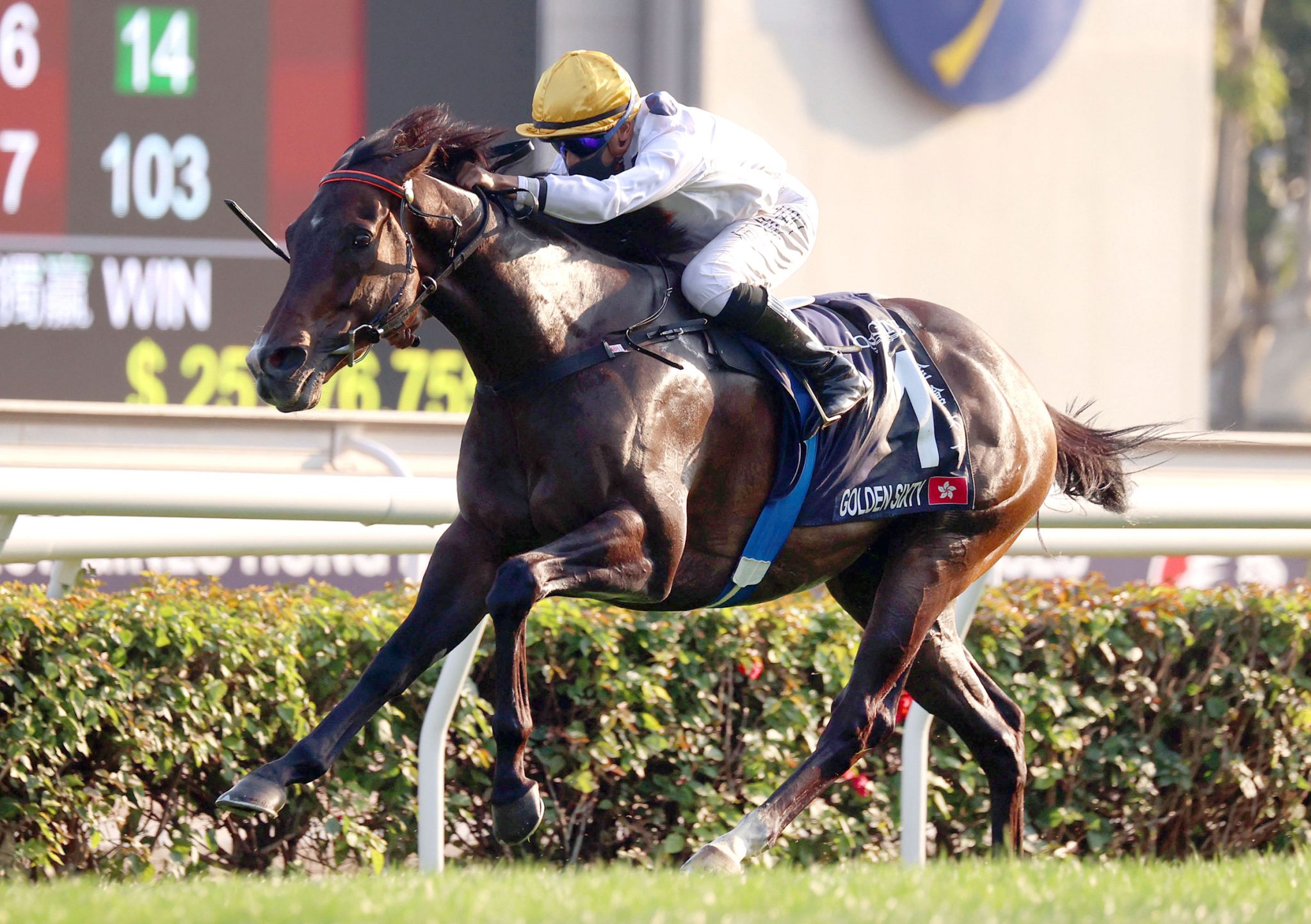 Ho is optimistic Golden Sixty – winner of 16 consecutive races, including five at Group 1 level until Waikuku lowered his colours at Sha Tin on 23 January – has fully recovered after his last-start third in yielding conditions behind Russian Emperor and Savvy Nine at Sha Tin on 20 February.

“He had a short little break and he’s come back to work again and he’s felt good. I galloped him this morning (Friday, 1 April) and he did it pretty easily. He felt good,” Ho said of the gallop on Sha Tin’s all-weather track, clocking 53.3s over the final 800m.

Reflecting on the sodden conditions which featured in Golden Sixty’s latest defeat, Ho said: “His fitness was there, but the step up to 2000m and it had also been raining for days – non-stop as well – it was a bit tough for him and his action on that day, as well, wasn’t too comfortable and that makes a big difference for sure.”

Aiming to defend Golden Sixty’s Group 1 FWD Champions Mile (1600m) crown at Sha Tin on 24 April, Ho said the 131-rater’s rousing 1000m turf trial at Sha Tin on 22 March was designed to sharpen him for Sunday’s assignment – and beyond.

“He had a little break, so we had to make him work enough to bring on his fitness again,” Ho said. “The main target is the end of April, the Champion’s Mile, so the latest trial was just to make sure he did enough work to bring his fitness up.

“This season he hasn’t had as many races, so it’s no harm to have this Group 2 and then the FWD Champions Mile. In previous seasons, he raced in a few more races in the early season. He stepped up to 2000m in the Gold Cup and it’s been good for him to refresh and go back to the mile again.”

Golden Sixty (128lb) will jump from barrier one as he bids to reassert his superiority against 11 rivals headed by fellow Group 1 winners Waikuku (128lb) and Russian Emperor (128lb), leaving the decorated trio to concede weight to More Than This, Ka Ying Star, Tourbillon Diamond, Healthy Happy, Savvy Nine, Champion’s Way, Butterfield, Excellent Proposal and Cheerful Days, all of whom carry 123lb.

A dual Group 1 winner, Wellington returns to 1200m after triumphing in the Group 1 Queen’s Silver Jubilee Cup (1400m) on 20 February.

The mercurial galloper’s regular rider Alexis Badel believes the drop in distance will not pose a problem.

“He feels very good. I like to think the horse is keeping his good form and he’s ready to run a good race,” the Frenchman said. “I think he’s very versatile and I was surprised to see how relaxed he was at 1400m – that was a very good surprise – and it’s interesting to see how he will be coming back to 1200m.

“He’s obviously a top sprinter, there’s no question about it. He has nothing else to prove. The horse is in form. I’m just hoping for a smooth run and I think he will run well again.”