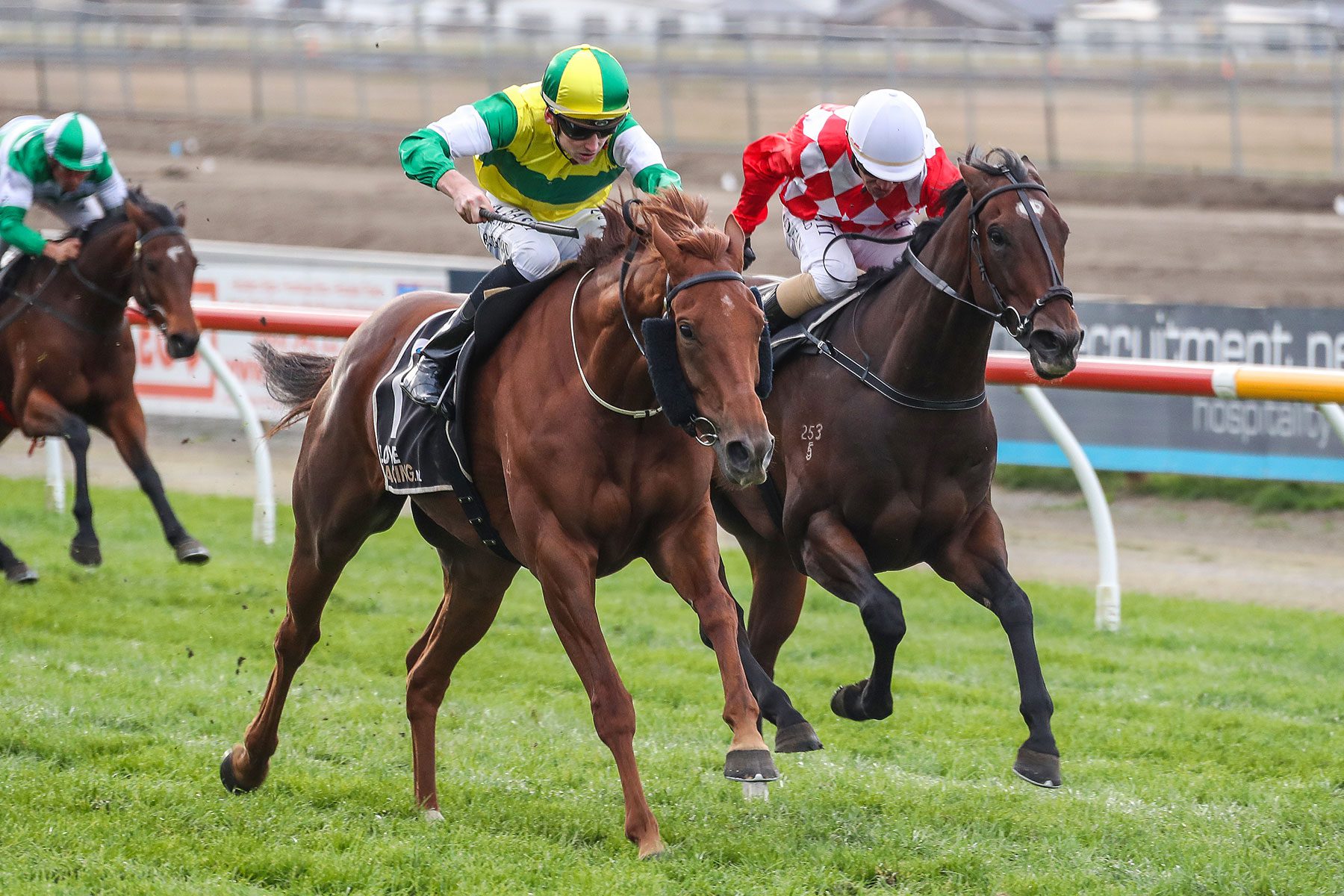 The chances of high-class galloper Mascarpone venturing across the Tasman this spring are looking highly unlikely, however, Group One performed stablemate Beauden remains an outside hope of making it to Melbourne, where he holds a nomination for the Group 1 Melbourne Cup (3200m) with an allotted weight of 53.5kg.

After lumping 63.5kgs to finish fifth in an open handicap at Te Aroha last week, Beauden will head back to his happy hunting ground at Awapuni for his next assignment, the Group 3 Metric Mile (1600m) on Saturday week.

The rich chestnut has 12 career victories to his credit, with eight of those coming at Awapuni.

“I don’t know what it is about Awapuni he loves so much,” said Graeme Rogerson, who trains in partnership with his wife Debbie.

“He worked sensational this morning over 1000m on the grass and is going really good.

“The biggest thing with him is that at Te Aroha he had 63.5kgs first up over a mile, so it was a big weight to carry.

“I’ll talk with Joan (Egan, owner) where he goes after Awapuni. He is in the Livamol Classic (Group 1, 2040m) so we’ll leave our options open.

Last start Group 2 Foxbridge Plate (1200m) winner Mascarpone will be staying local and be aimed at targets that are on anti-clockwise racecourses.

“He is definitely not going to Australia. He will go to Te Rapa on October 1 for an Open Handicap (over 1200m) and then he will run at Rotorua in the Sweynesse Stakes (Group 3, 1215m) and then the Legacy Lodge Sprint (Listed, 1200m) which is also at Te Rapa.

“He has his funny ways, he treadmills and aqua-walks and swims every day.”

Team Rogerson will be represented in the Group 1 Tarzino Trophy (1400m) on Saturday by five-win galloper More Wonder, who resumed with a solid seventh in the Foxbridge Plate behind his stablemate.

“He ran super in the Foxbridge Plate. He drew the outside alley and got caught off the track. He wasn’t far away. If he gets a good alley and a nice run he will be competitive on Saturday,” Rogerson said.

Rogerson is also looking forward to seeing the progression of exciting juvenile Gibraltar Rising, a scopey son of Almanzor who finished third in the first two-year-old race of the season at Wanganui on September 4, despite cornering awkwardly and coming widest in the straight.

“He is a real good horse. I gave him two weeks out, he will come back on Monday. I have a few Almanzors and I think he could be the next Savabeel (champion sire),” Rogerson said.

“He will go to Christchurch for the two-year-old race (Listed Welcome Stakes, 1000m). He is not for sale at the moment, but there has been plenty of interest.

“I think he is a Classic horse. He will probably race in blinkers next start.”