Derek Leung stars at Sha Tin with a treble 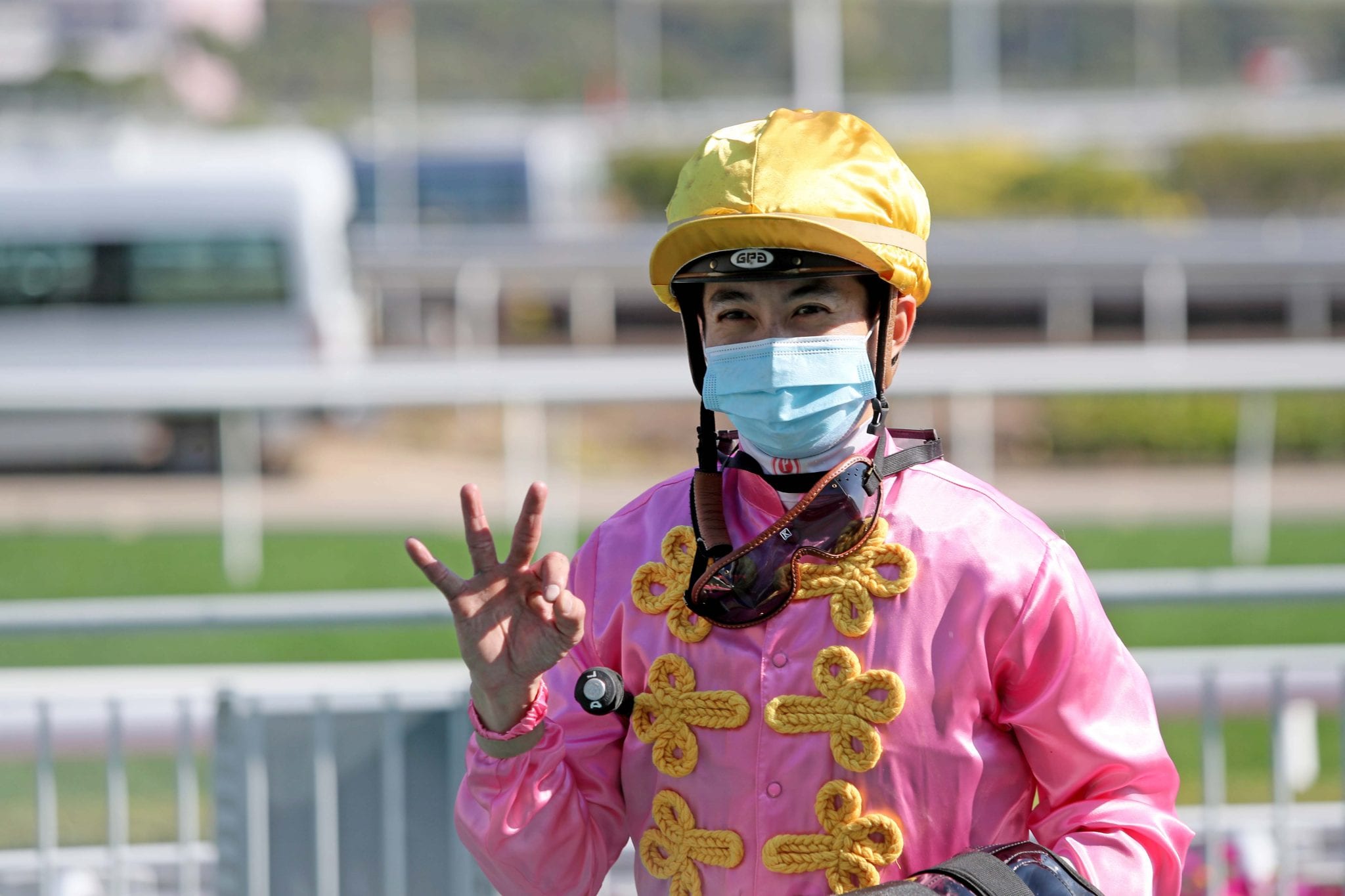 Celebrating his first treble in almost a year, Derek Leung identified the virtues of hard work and vital stable support after taking riding honours at Sha Tin on Saturday (6 February).

Like Judy’s Star, Fairy Floss is also prepared by O’Sullivan, who remains a strong ally of Leung’s.

“It’s all about working hard and getting stable support,” Leung said after boosting his season’s tally to 20. “It feels great to get three winners in a day at Sha Tin and it’s really good that two of them were for my old boss Paul O’Sullivan – he has been very good to me.”

A product of the Hong Kong Jockey Club Apprentice Jockeys’ School, Leung spent time with Lance O’Sullivan in New Zealand before being assigned as an apprentice jockey to Paul O’Sullivan.

Comprehensive pre-race study paid off for Caspar Fownes and Alexis Badel as The Rock traded on supreme fitness to post an upset victory in today’s feature, the Class 2 Yuen Long Handicap (1600m).

Realising there was no obvious speed in the contest, Fownes authorised Badel to use his initiative on The Rock with the decision materialising in the gelding’s most significant victory from only nine starts in Hong Kong.

Fownes was elated by The Rock’s performance under Badel’s heady ride. “We studied the race and we found there would not be much pace in this race. This horse is very, very fit,” Fownes said.

“I said (to Badel) ‘If you jump nicely, give him a little squeeze. If you’re going to be outside the leader and no-one takes it up, you take it up.’

“He’s given him a perfect ride, a 10 out of 10 ride and I’m lucky and very happy that we got the winning result. “He’s an honest horse and it’s nice to see him come out and win a Class 2.

“He’s in good condition and we’ll just see how he pulls up in the next few days and pick out a race.”

The Rock had half a length to spare at the finish from David Hayes’ BMW Hong Kong Derby (2000m) aspirant Conqueror with fellow four-year-old Arthur’s Kingdom a head away in third.

Badel continued a strong season with a precise ride to improve his 2020/21 haul to 31 wins. “He’s been a good horse to pick up. Caspar gave me the ride and he’s a lovely horse with a great action and a good attitude,” the Frenchman said.

“There was no pace in the race, so I was happy to let the horse go. He found his rhythm in front and he kept going really well – he won brilliantly.”

Hayes was delighted with the performance of runner-up Conqueror. “Really good run, he’ll be better over 2000m, too,” Hayes said. “He just hated the dirt (when 13th on debut in Hong Kong on 17 January).

“That was huge improvement – his trackwork had been saying to me that he’s going along alright so he’ll head into the (Hong Kong) Classic Cup and then the (BMW Hong Kong) Derby, I hope.

“Getting them in July is a bit of a rush to have them here, it’s not easy – he’s one run behind but he’s on track.”

While Moreira’s outstanding season continued with a double to maintain his 27-win buffer over nearest pursuer Zac Purton in the jockeys’ championship, Caspar Fownes and John Size are locked in a gripping battle for supremacy for trainers’ honours.

Fownes is resigned to a protracted battle with 44 meetings left in the season.

“I’ve been saying it for a while, we’re both going to give it 100 percent, everyone is, and see what happens. I’m still confident, I still have a lot winners there – of course, he has a lot of winners – but you need some luck in this game,” he said.

“You need some good rides and less problems with horses. If everything goes smooth, I’m confident I’ll still be fighting all the way to the end. So, let’s see what happens.”

Trillion Win had won twice at Ellerslie Racecourse in Auckland before export.

“He went better than I expected because it was his first start in Hong Kong,” Man said. “His overseas record, his best form is over 1200m, this came as a surprise.”