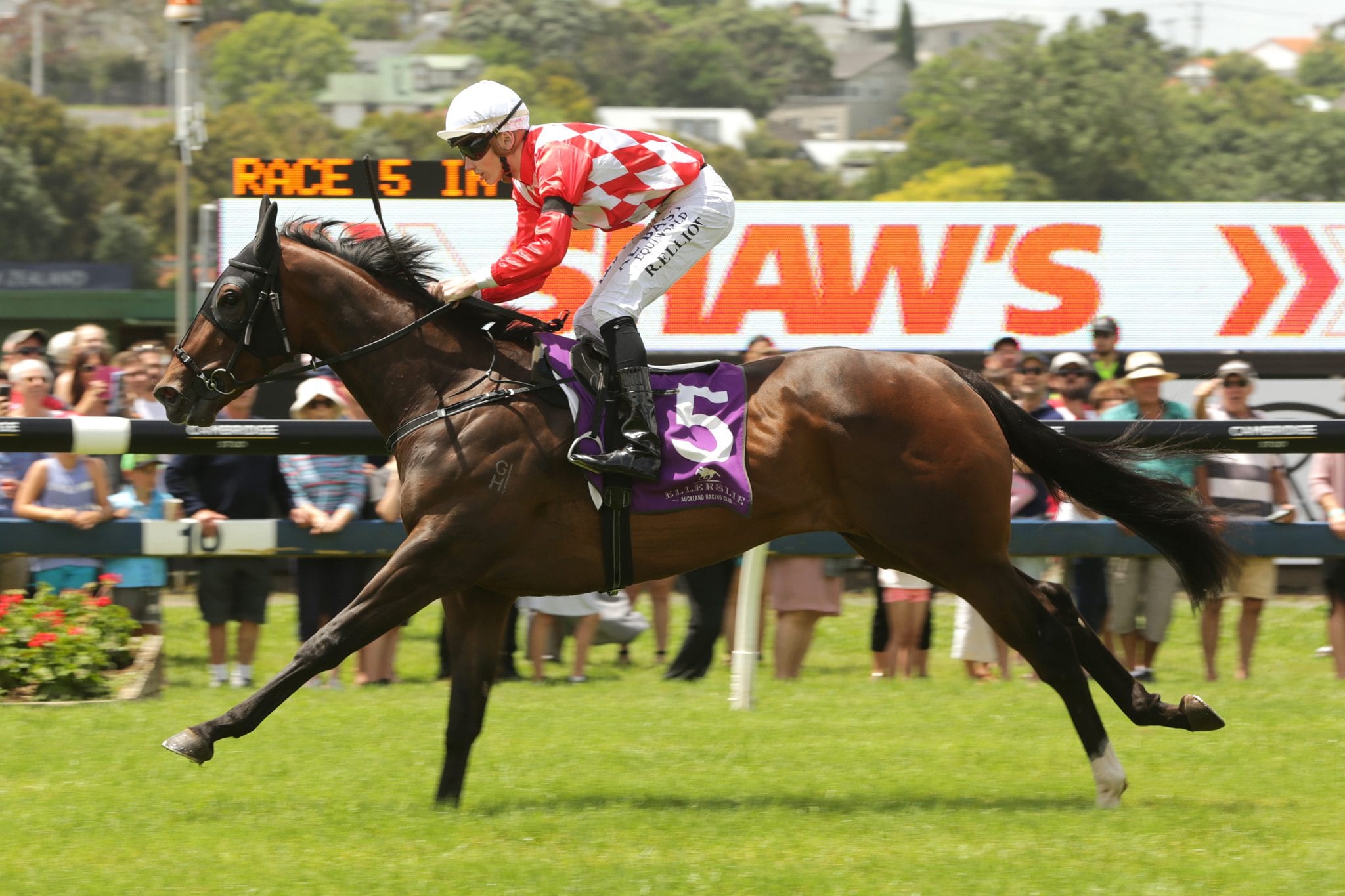 Smart Cambridge three-year-old Hypnos is set to embark on a delayed Australian campaign, but with a change of direction.

The Group 1 Levin Classic (1600m) runner-up is booked to leave New Zealand on Wednesday bound for Melbourne to make his Australian debut in a three-year-old handicap over 1400m at Caulfield next Saturday. The original plan for Hypnos was a Queensland campaign kicking off with a start in Saturday’s Group 3 Fred Best Classic (1400m) at Eagle Farm, but a poor fresh-up performance when tailing the field home in the Group 3 Cambridge Breeders’ Stakes (1200m) at Te Rapa late last month resulted in trainers Roger James and Robert Wellwood scrapping that plan.

“We hadn’t planned on him running so badly fresh-up and because of that we decided not to put him on the plane,’’ James said. “That put us one step behind. We needed him to run well and when he did that at Te Rapa last start we looked for the best option in Australia for him. “The Fred Best Classic would suit him at set weights, but it’s just come up too soon. The Melbourne race is a handicap and he could end up being topweight, but it’s worth A$135,000 as against A$150,000 for the Fred Best Classic, so stakes-wise there’s not much in it.’’

The event at Caulfield is heat two in the Silver Bowl series and the winner is exempt from the ballot for the Silver Bowl Final (1600m) at Flemington on July 6. “If he goes well next Saturday there’s the same sort of race a fortnight later for him and again after that,’’ James said.

Michael Dee, a former successful New Zealand apprentice, has been booked to ride Hypnos for owners Ron and Fran Dixon in his Australian debut. Dee, the Dixons and James have already combined to enjoy a highlight as it was aboard the Dixon owned and James-trained Hera that Dee recorded his first black type win when taking the 2013 Group 2 Eight Carat Classic (1600m) at Ellerslie.

Hypnos has won two of his 10 starts and been placed on five occasions with his best win being the Listed Uncle Remus Stakes (1400m) at Ellerslie last December after finishing third on the same course earlier in the month in the Group 3 Bonecrusher Stakes (1400m). He went on to finish second equal behind Madison County in the Group 1 Levin Classic (1600m) and showed a glimpse of that form when charging home for second behind Cyber Attack in three-year- old 1200m event at Te Rapa last start.

Meanwhile, juvenile stablemates Amal Rose and Reggiewood pleased James with their debut performances for third and sixth respectively behind Loire at Hastings on Thursday. Amal Rose fought well after enjoying a good run, while Reggiewood ran on strongly from the rear. “Amal Rose had two soft trials going into it and she looked a bit new in the race,’’ James said. “With a bit more pressure on than in the trials, she didn’t know what to do, but I was happy with the run. “I thought Reggiewood’s run was very good. He was only warming up when it was all over. “They’ll both go out for a spell now and should be nice three-year-olds.’’

James is looking forward to the reappearance of another of the stable’s promising two-year-olds, Minnallines, in the Listed Castletown Stakes (1200m) at Wanganui next Saturday. The daughter of Ghibellines has won each of her three trials, the most recent at Cambridge earlier this month by more than six lengths, and she was second in her raceday debut over 1100m at Matamata in January behind Rainbow Dash, who went on to win the Listed Waikato Equine Veterinary Centre 2YO Stakes (1100m) at Te Rapa earlier this month. “She trialled up most impressively and I just want a good track for Saturday week,’’ James said. “It would be lovely to get a stakes win with her as a two-year-old.’’