Decrypt down in distance 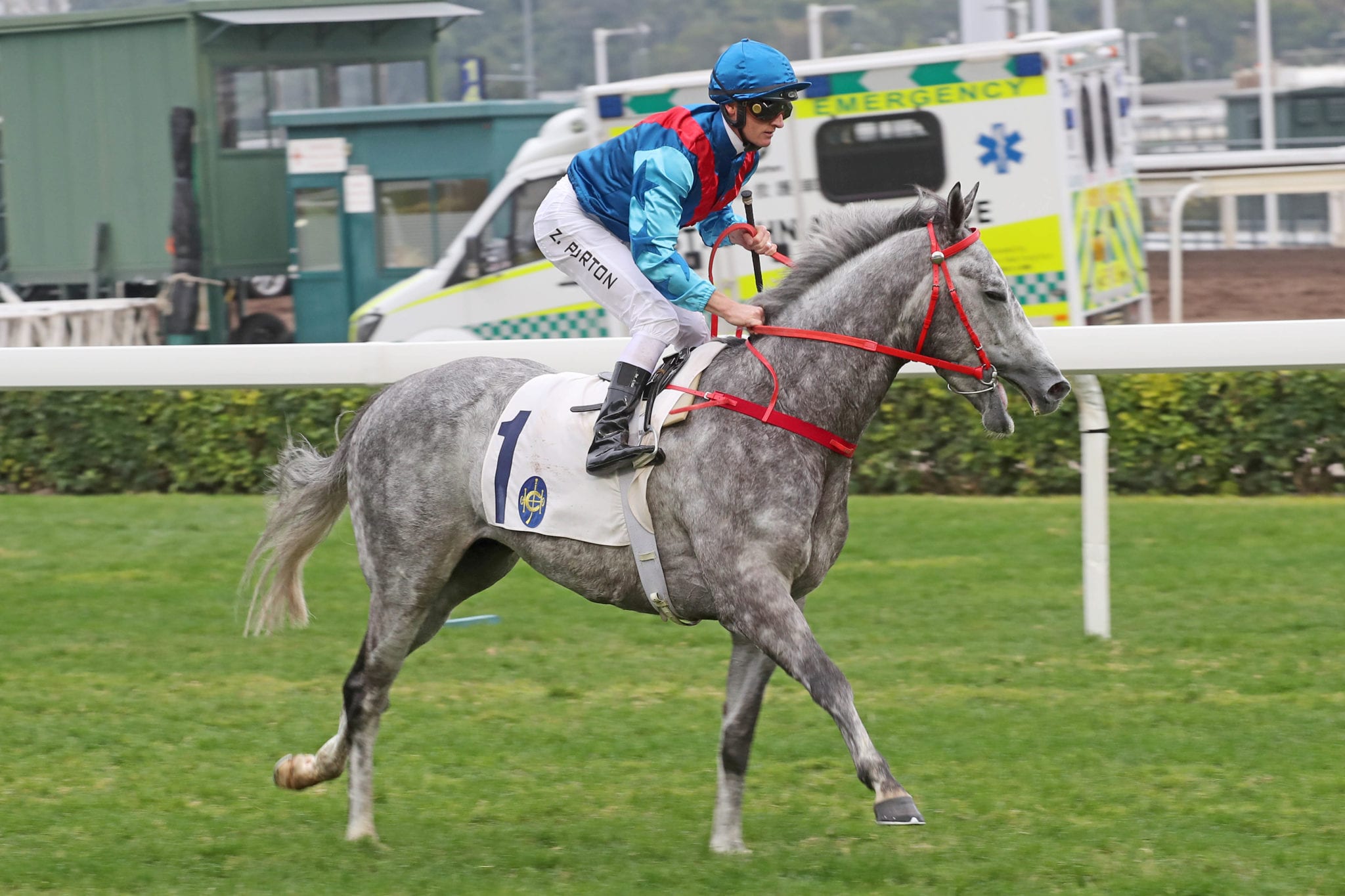 The Frankie Lor-trained Decrypt (128lb) who holds an engagement in the Group 1 FWD Champions Mile on 26 April, steps down in trip, as well as back into handicap company after a Classic campaign, in the last at Sha Tin on Sunday (12 April).

The diminutive grey placed third in the Group 1 Irish 2,000 Guineas (1600m) last year and was a fair seventh in the BMW Hong Kong Derby over 2000m last start. He also ran eighth in the Hong Kong Classic Mile (1600m) in January but his best efforts since import have been three placed runs over 1400m in Class 2.

“Last time in the Derby he finished off very well, especially because it was his first time over 2000 metres and Chad Schofield rode a very good race aboard him that day,” Lor said. “Now he’s back to 1400 (metres) on Sunday and at this moment this distance and 1600 (metres) might be his best – we’re still learning about him.”

Zac Purton was aboard for each of the colt’s three previous Class 2 efforts and will be back holding on the reins at the weekend.

“Zac has ridden him for three gallops since his Derby run, the horse looks ok coming out of the Derby,” Lor said.

Should Decrypt perform with merit, a clash with Hong Kong’s supreme champion Beauty Generation could be on the cards in the Champions Mile although Lor might take up a softer option.

“I entered him for the Champions Mile but there is a Class 2 over 1600 metres on Champions Day so we can decide after Sunday which race he will go toward,” he said.

“We’re still learning a lot about him, I do think that next season he should be even better but he’s quite straightforward, he’s an easy horse to train. He’s still a colt but he’s not a crazy horse, it definitely hasn’t affected him.”

General’s Delight (115lb) returned from an ailment to run a fine third last time and trainer Douglas Whyte is looking for another positive performance from his well-regarded four-year-old at his third Hong Kong start this weekend.

The Fastnet Rock gelding had a solid reputation – thanks to two wins and a Listed placing in Australia – when he lined up for his Sha Tin debut back in November but ran home a disappointing 11th. That dull effort was forgiven when it was found that the bay had suffered a heart irregularity and after enjoying a break, he returned last month over the course and distance to finish a short-head back in a three-way photo.

“He was probably a bit unlucky, the horse got held up and lost momentum for a couple of strides – being a 1200lb horse with 133lb on his back I thought he showed a bit of tenacity to find his rhythm again and attack the line the way he did,” Whyte said.

“Everyone has always known that he’s a nice horse going forward and it’s unfortunate what happened first time but fortunately he’s over that and probably, if anything, he’s better than last time – he’d have to be because it’s a hot race and it’s going to be his acid test. We’ll find out how good he is at the weekend.”

Matthew Chadwick is booked to take the reins. The field for Sunday’s final of 11 races also features the Danny Shum-trained Perfect Match (128lb), last start winner All In Mind from the Tony Cruz stable, and the Tony Millard-trained Super Star (117lb).