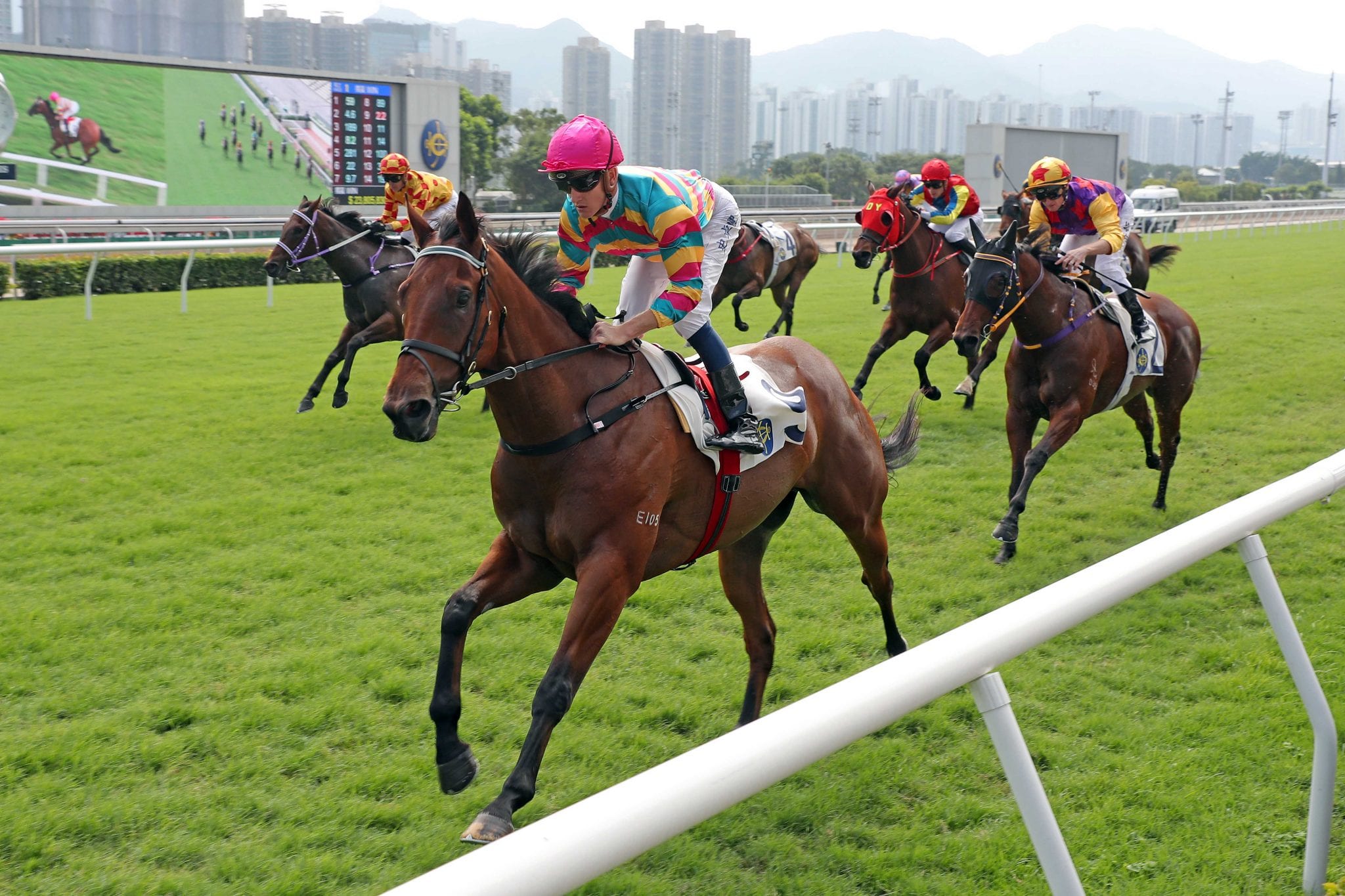 David Hayes fully comprehends the difficulty of succeeding in Hong Kong with first-season arrivals, but the Australian Hall Of Fame trainer hopes Super Axiom can continue to buck the trend at Happy Valley tonight (Wednesday 23 December).

An eye-catching winner on debut over 1000m at Sha Tin on 29 November, the three-year-old travels to Happy Valley to contest the first section of the Class 3 Venus Handicap (1200m), having risen 12 points on the basis of his slashing first-up effort.

Twice champion trainer during his first Hong Kong stint, Hayes has plenty of faith in the gelding, who will again be ridden by Chad Schofield.

“He’s made nice, natural improvement from his impressive win,” Hayes said. “He’s a horse that looks pretty classy to me. We’ve got to remember he’s only three.

“For a progressive three-year-old around Christmas, you have to be good to win a couple in a row because you’re running in open company.

“At home (Australia), he’d be running in three-year-old races, probably in a benchmark 64 and be winning by five (lengths).

“This horse, with his ability, I could have been running him two months ago but, because he’s a three-year-old, I thought I would just wait.

“My three-year-olds will just start stepping out now and it’s hard for them.”

In the throes of assembling a powerful arsenal for the future, Hayes has already presented Harmony N Blessed and Master Montaro as first-time Hong Kong winners and he rates Super Axiom highly on several fronts, not least speed.

“I would say him and Harmony N Blessed are clearly the two,” Hayes said when asked to rate his band of PPGs (Privately Purchased Griffin) “To do what Harmony N Blessed did was impressive and I’m hoping he (Super Axiom) can do the same.”

Encouraged by Super Axiom’s trial victory at the city circuit in mid-November, Hayes has no hesitation in heading to the Valley with the youngster.

“He trialled so well there, I couldn’t get it out of my head,” Hayes said.

“But at the Valley, you get a breather and a kick on the bend – it’s probably better.

“Given Harmony N Blessed trialled so well at the Valley, I’d have no hesitation to go there.

“Generally, the Valley races are not as deep. But there are a couple of in-form 80-rated horses in it, so it won’t be a walk in the park but I do think he’ll handle it.”

Super Axiom will jump from barrier four for Schofield, who is excited for what the future holds.

“He was very impressive. We thought he might be able to do that off what he showed beforehand,” Schofield said. “It was good to see him go to the races and put it altogether and win like he did.

“He obviously won on raw ability. He just killed them with his speed – he’s a very fast horse.

“He’s quite a straight-forward horse. He’s got brilliant gate speed, which will hold him in good stead with a good draw and let’s hope he copes with the change in venue nicely and gets the job done again.

“He’s very exciting, he gives a tremendous feel. I’ve done a lot of work with him since his win. He seems to have come on nicely and hopefully he just keeps on getting better.”

Schofield has previously been associated with Man Star and Loving A Boom – two of Super Axiom’s rivals on Wednesday – but is more than happy to be partnering the son of Exceed And Excel.

“They’re (Man Star and Loving A Boom) both competitive in Class 3, but I think and I hope Super Axiom can go right on with it.”

Joao Moreira will bid to extend his lead of 16 over Zac Purton in the jockeys’ championship with eight mounts at Happy Valley.

The Brazilian’s book includes Hong Kong Win in the Class 2 Mercury Handicap (1200m) – the night’s most lucrative contest – but he believes Kinda Cool shapes as a leading chance in the penultimate event, the second section of the Class 3 Venus Handicap (1200m).

“That was quite an impressive win,” Moreira said of the gelding’s last-start success at the Valley. “He did it in a good way and even though he is up in class now, he could repeat.

“Last time he had a good gate, so he was right away able to get in a good position but when I pulled him out, he showed he has a good of turn of foot and if he is able to reproduce that again, he’s going to be hard to beat.

“I’m quite confident about him again.”