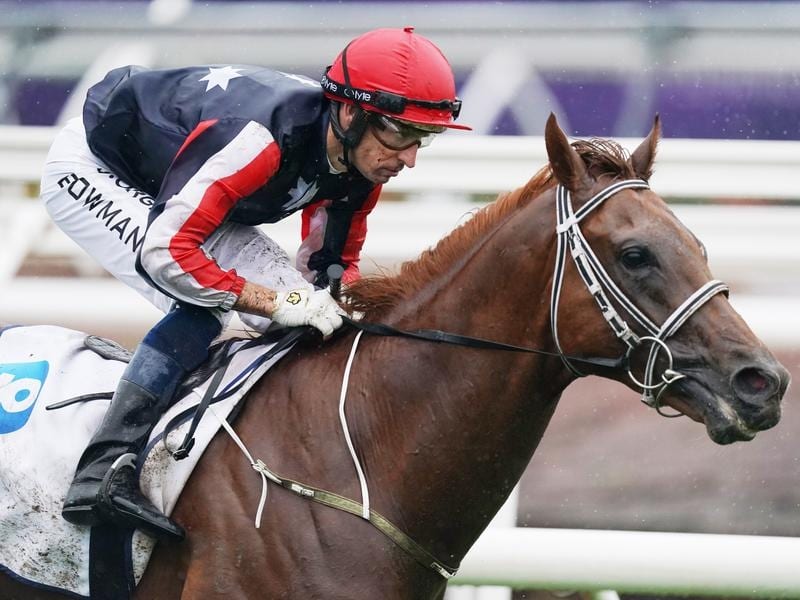 Dalasan has picked up a $1 million bonus for his connections after winning the Carbine Club Stakes on a rain-sodden Flemington track.

Dalasan won the Guineas Prelude in late September before starting favourite from a wide barrier when fifth in the Caulfield Guineas on October 12.

Co-trainer Leon Macdoanld, who trains in partnership with son-in-law Andrew Gluyas, said Dalasan was among the best horses he has trained that includes victories with Southern Speed in the 2011 Caulfield Cup, Gold Guru in the 1998 Australian Derby and Rebel Raider in the 2009 Victoria Derby.

“Whether he’s as good as Umrum and Gold Guru, I’m not sure, but he’s up there.

“He’s never missed stake money and this horse, he’s won over all sorts of trips.”

The heavy rain that fell at Flemington held no fear for Macdonald with the trainer saying the colt had shown his credentials on soft ground winning at Morphettville at his first run for the campaign in August.

A spell now beckons for Dalasan with Macdonald suggesting the Group One Australian Guineas at Flemington in the autumn a likely target.

Bowman said removing the blinkers from Dalasan following his Guineas failure had helped the colt return to the winning list.

“They worked against us from a wide barrier and I think we saw the real Dalasan today,” Bowman said.

“I can only see him developing into a better horse in the future.”