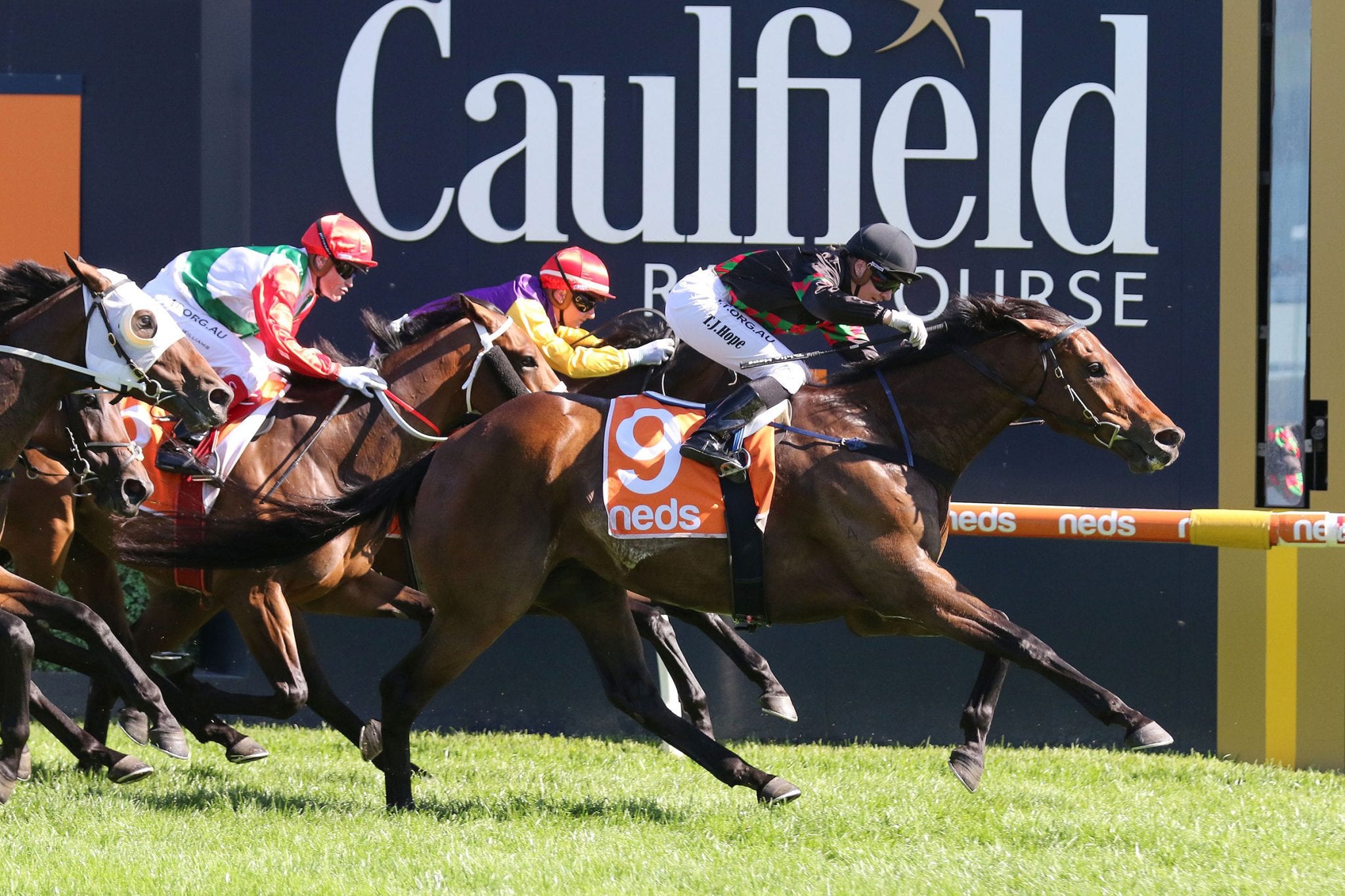 Former Kiwi galloper Defibrillate has been keeping his New Zealand owners entertained over the last month, winning his last three starts in Melbourne, including a controversial last start dead-heat, and now Cup targets beckon the talented son of Shocking.

Part-owner and co-breeder Graham Richardson has been over the moon with how his gelding has been racing for trainer Patrick Payne, but admits it is an unusual feeling not being able to cross the Tasman and watch his charge live.

“He has just given me a big thrill,” Richardson said. “It is quite weird not being able to watch him. The last time I went over was with Graeme and Linda McInteer, the other part-breeders. That was over a year ago and we haven’t been able to go back since.

“It has been quite strange to watch the horse from here, but he is doing the job.”

Defibrillate had 12 months away from the track prior to his raceday resumption in December last year, but Richardson said that was a matter of ill-timing as opposed to injury.

“It wasn’t anything serious,” he said. “He just twinged a muscle and it wasn’t bad. We brought him back in again and he was going to be ready in the middle of winter, so we decided to give him all that time off.

“He doesn’t mind wet tracks, but we thought we would wait.”

Defibrillate won the Listed Lord Stakes (1700m) at Caulfield on Boxing Day, and he is set to return to the Melbourne track next week in search of more stakes glory.

“He is running on the 20th of February at Caulfield, which is probably not the ideal course for him. He has had two starts for two wins there, but it is quite tight. He is going there over 2000m in a Listed race,” Richardson said.

All going to plan there are a couple of Cups targets in the offing for Defibrillate.

“I will leave it to Paddy Payne and he will make his mind up whether he will go towards the Australian Cup (Group 1, 2000m) two weeks later, which is a big ask, or continue to the Mornington Cup (Listed, 2400m), which is a great race too.”

Richardson said he is enjoying the experience of racing Defibrillate with Payne and while he is unable to head across the Tasman due to travel restrictions, he has been able to enjoy watching his charge race in his hometown amongst friends.

“It is great for me,” Richardson said. “I just tell Paddy it’s entirely up to him what he does, he is in charge.

“It is quite neat actually. I am enjoying the ride and I have got some good mates in the horse as well. The owners in Matamata go down to a restaurant and have a meal and watch him race down there.

“That has been really good fun, I have enjoyed that. It’s good to share it with your friends.”