Group One homecoming for Defibrillate 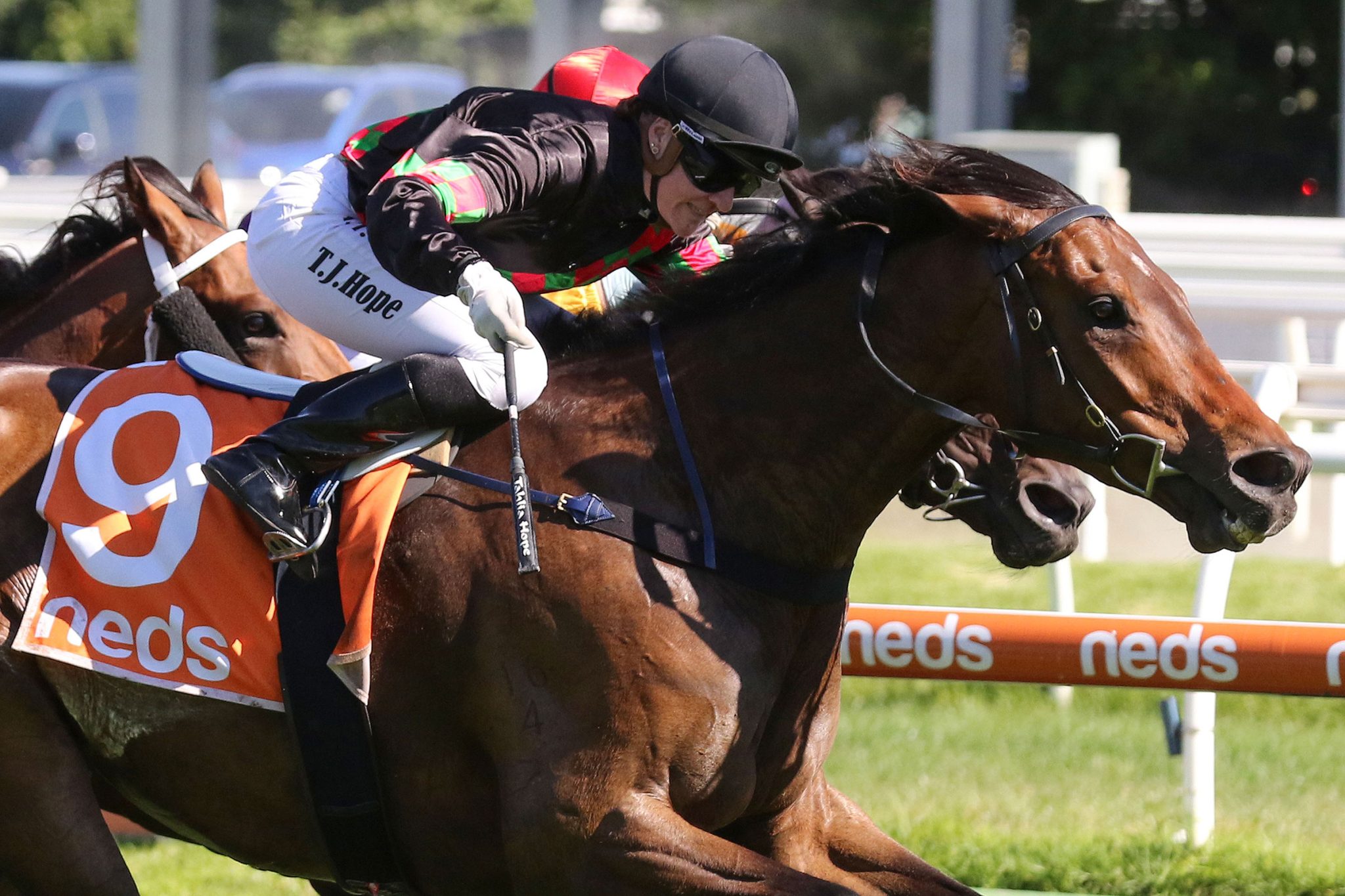 New Zealand trainer Graham Richardson is hoping for the perfect homecoming for Defibrillate when he contests the Group 1 Arrowfield Stud Plate (1600m) at Hastings on Saturday.

After a successful career in Melbourne in which he earned more than AUD$750,000, Defibrillate is set to have his first run in New Zealand for three years this weekend, and with the withdrawal of Imperatriz from the race, Richardson has been able to secure the services of leading jockey Opie Bosson.

In a tweet on Monday Te Akau cited track conditions and the wet forecast as major concerns ahead of the weekend and have elected to bypass the feature race in favour of the AUD$1 million Silver Eagle (1300m) at Randwick on Saturday-week.

Defibrillate, who is part-owned by Richardson, won three stakes races in Australia and was less than two lengths away from Homesman when sixth in the Group 1 Australian Cup (2000m) last year, but was sent back to New Zealand after Richardson spoke with the horse’s Australian trainer Patrick Payne.

“I wouldn’t say he’d reached his limit, but he got to the stage where he was getting a fair bit of weight over there,” said Richardson, who trains in partnership with Rogan Norvall.

“Paddy (Payne) and I talked about it and decided he’d be a better weight-for-age horse in New Zealand.”

Defibrillate is the pre-post favourite for the Group 1 Livamol Classic (2040m) on October 15, but Richardson believes he still has a solid chance in the Arrowfield Plate over 1600m.

“It’s a good field, but there’s not that many horses in the country that would run 1.7 lengths from the winner in an Australian Cup,” he said.

Richardson will also line-up the nine-year-old veteran Tiptronic in the Arrowfield Plate, and said punters shouldn’t ignore him even though he often reaches his best form in summer.

“He’s a bloody good horse, and I’m really stoked that we’ve got Lisa Allpress riding him.”

Channel Surfer finished third in the Listed Castletown Stakes (1200m) last season and began this preparation with a good third in a three-year-old maiden event at Taupo on September 16.

“He was trapped three wide after a bad draw but he went very well,” Richardson said.

“To be fair, he’s a better horse on top of the ground, but he did run third in the Castletown Stakes on a very heavy track.”

Though Channel Surfer is Richardson’s best spring three-year-old prospect, he also has time for fillies Sorghaghtani and Lucienne.

“Sorghaghtani ran really well on her debut. The Oaks would probably be the target long-term,” he said.

“Lucienne’s probably a big improver in the stable, but she’s still learning the game. I just want to get her doing things right before making plans.”

Meanwhile, Richardson’s quality sprinting mare Bonny Lass is in good health, having won a trial earlier this month, and she is expected to resume racing in the Group 3 Sweynesse Stakes (1215m) at Rotorua on October 15.

“She’s doing really well, and the Railway is the main target,” he said.