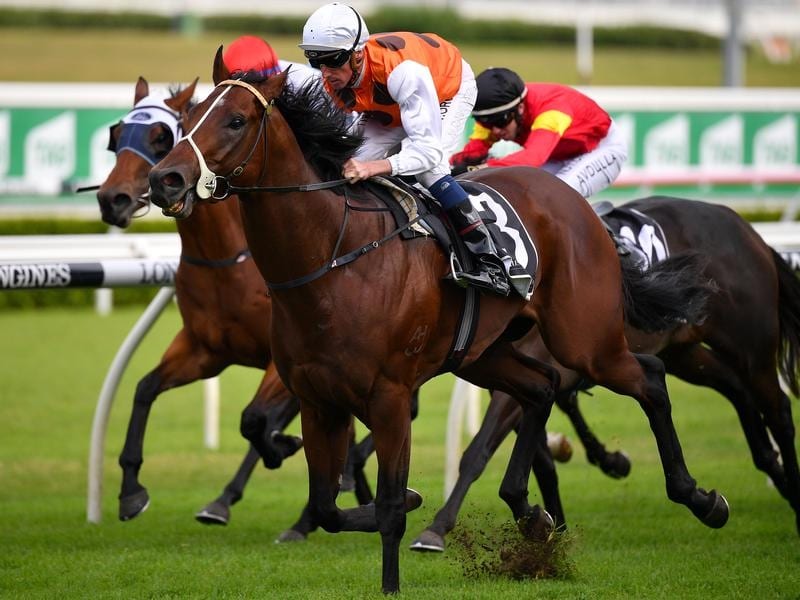 A horse of Bottega’s quality would ordinarily be in the spelling paddock preparing for the spring but his immaturity has prompted a different approach.

The three-year-old, who defeated subsequent Hobartville Stakes winner Brandenburg on debut, has been a work in progress, taking time to hone his craft.

With that in mind, trainer Gerald Ryan opted to continue Bottega’s education into the off-season races, intent on building his rating and prize money to help him qualify for bigger races.

It has been a long-term play and the colt’s last-start win signalled to Ryan he had made the right move.

“He was still doing things wrong and he needed to get his rating up and a bit of stake money up so he could get a run (in better races),” Ryan said.

“He’s starting to get it all together. His last start was the first time he went to the races and did everything right.”

Ryan’s concerns over Bottega’s qualification credentials were evidenced this week when the horse was made an emergency for the Listed Lord Mayors Cup (2000m) at Rosehill on Saturday.

Five early scratchings have secured him a start and a win will put him in a much better position to make any first round cut in future stakes races.

It will also be an important test as he faces a host of proven and seasoned campaigners, including Scone Cup winner Dr Drill and Kris Lees-trained pair Sixties Groove and Big Duke.

But there are no nerves from Ryan who is keen to see how Bottega handles the middle-distance challenge.

“I’m not nervous. We will find out where he sits,” Ryan said.

Given Bottega has had an extended campaign, he will miss the early-season races as a spring four-year-old and return later in the year.

Ryan has pencilled in a summer preparation and hopes to target the Villiers Stakes or Summer Cup before the horse joins in with the traditional carnival timetable.

And next autumn is when Bottega is expected to flourish.

“I reckon that’s when he will shine, when he gets to the autumn,” Ryan said.

“Could he be a Doncaster horse next year? You just play it by ear and take it as it goes.”

Bottega was a clear cut $3.70 Lord Mayors Cup favourite on Friday, ahead of Dr Drill and Yulong Prince, one of five runners for Chris Waller.