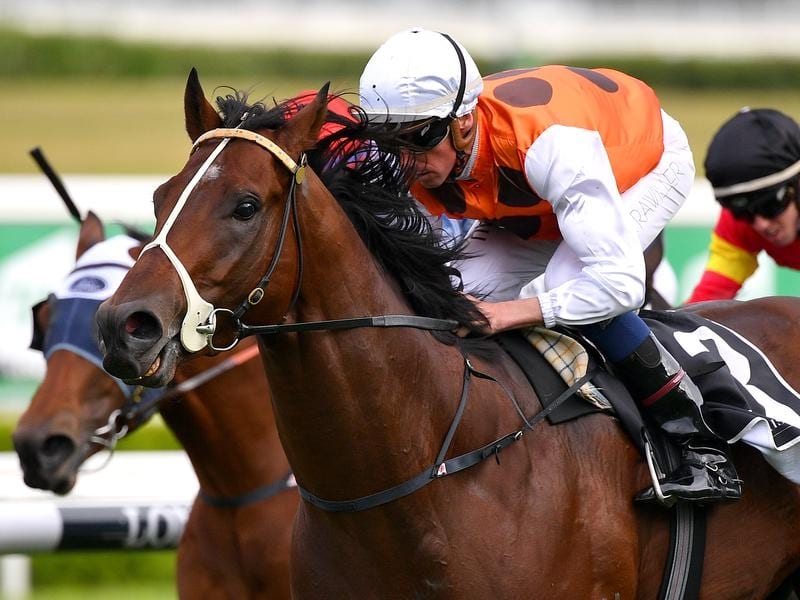 Three-year-old Bottega has been installed the early favourite for the Listed Lord Mayors Cup at Rosehill but will need two scratchings to be assured a start.

The Gerald Ryan-trained colt is second emergency in a capacity field of 16 plus three reserves for Saturday’s 2000m race with Sydney’s premier trainer Chris Waller having eight acceptors and Kris Lees four.

Bottega, impressive winner over 1800m in benchmark grade at Randwick last start was the early $3.80 favourite on Wednesday.

The Ciaron Maher and David Eustace-trained Dr Drill was one of six horses who were acceptors for both the Lord Mayors Cup and Saturday’s Listed Chairman’s Handicap (2000m) in Brisbane but he has already been scratched from the Brisbane race.

Dr Drill is equal second favourite at $6.50 for the Lord Mayors Cup.

“He is going really well and has come through his last run well. We’ll obviously keep an eye on the weather and the track conditions but he’s a very tough horse and at this stage that’s where we look like we’ll run him.”

Rosehill was rated in the heavy range on Wednesday.

Dr Drill’s stablemate Mask Of Time is also a Lord Mayors Cup acceptor given he should get rain-affected conditions to suit.

Mask Of Time had his most recent start in Queensland at the Sunshine Coast on a good-rated track, finishing unplaced, and Neasham said he would travel back to Sydney on Thursday to run at Rosehill.

Neasham said Mask Of Time, who has drawn wide on Saturday, has been desperate to get back on a heavy track.

“He’s a far better horse on a heavy track so I’d say if it can stay in that range he’d probably line up even from that sort of gate,” Neasham said.

“He’s still up there (Queensland) and the plan had been the Chairman’s Handicap but it’s not going to be wet enough so he’ll head down in the truck tomorrow.”

The imported Mask Of Time’s only win in Australia has been a dead-heat in the Group Three Coongy Cup at Caulfield during the 2018 spring.

Three starts ago he was a close second in the Group Three Doncaster Prelude on rain-affected going at Rosehill.