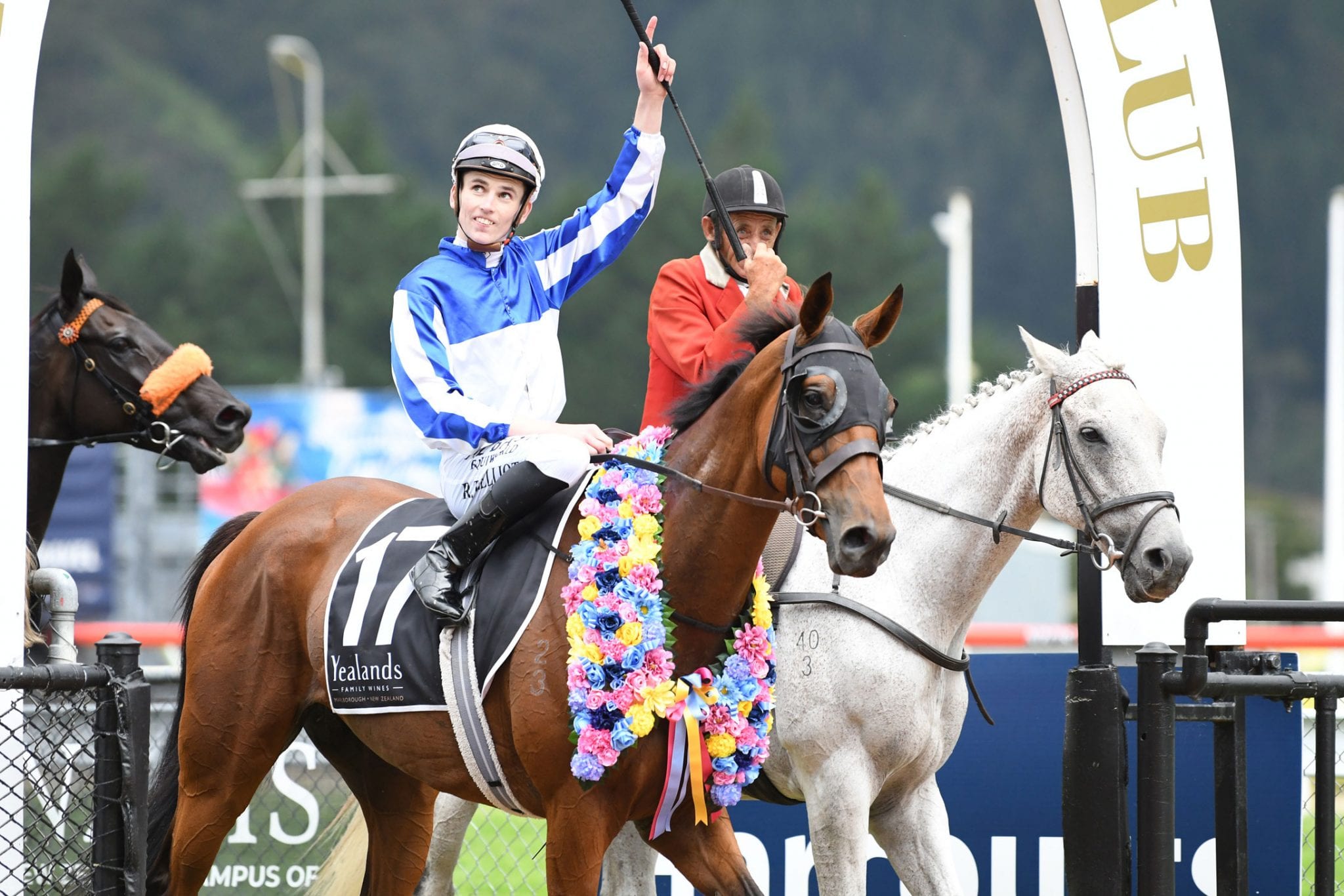 The Wellington Cup meeting holds fond memories for jockey Ryan Elliot and he is hoping to create some more at Trentham on Saturday. Two years ago, Elliot rode the Bryce Newman-trained Gorbachev to victory in the Group 3 Wellington Cup (3200m) and he said it was an instrumental moment in his riding career.

“It was a really good win for me and my career. It helped kick me off,” he said.

While Elliot doesn’t have a ride in the Cup this year as a result of the low weights, he is looking forward to riding in the other two features.

He is hoping he can continue his great association with Newman at the meeting when he rides Love For All in the Group 3 New Zealand Bloodstock Desert Gold Stakes (1600m). The daughter of Love Conquers All has been in red-hot form in her first preparation, winning on debut at Hawera before placing in her next three starts, including a runner-up effort in the Group 3 Eulogy Stakes (1600m) at Awapuni last start.

“Love For All is one of Bryce Newman’s fillies,” Elliot said. “She raced really well in the Eulogy against a bunch of nice horses and I hope she can step up against the class of these fillies on Saturday.”

It will be a family affair for Elliot in the following race, Group 1 Harcourts Thorndon Mile (1600m), when he once again teams up with his mother, trainer Leanne Elliot, to ride Rock On Wood. The son of Redwood has continued his impressive run of form this preparation, highlighted by his Group 1 Captain Cook Stakes (1600m) win at Trentham last month.

He finished a luckless fourth in the Group 1 Zabeel Classic (1600m) at Ellerslie on Boxing Day and Elliot said he has come through the run well. “His run in the Zabeel was very good, he was just a little bit unlucky that In A Twinkling came down to the fence and cut our run up,” he said.

“Apparently, he has come through his run in the Zabeel really well. “He has been working superb, he has been going up and down the beach and he has had a few nice gallops at the track as well, so he is on track.”

Rock On Wood will be met on Saturday by multiple Group 1 winner Melody Belle and Elliot said if they are ever going to test New Zealand’s darling of the turf, it has to be Saturday. “If we are ever going to get close to the bonny mare, we are going to have to get her fresh- up,” he said.

The six-year-old gelding has drawn barrier four for Saturday’s feature and Elliot said that marble will give him a few options. “It is a perfect draw for him, I can just work out where I want to be in the field,” he said.