Crafty Spirit On Trial For The Hunter 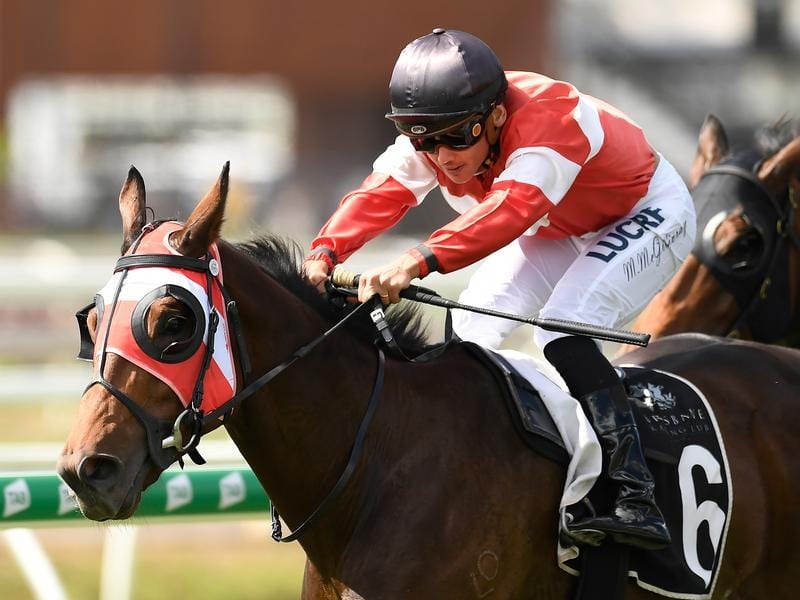 Smart sprinter Crafty Spirit will be on trial for a tilt at the $1 million The Hunter when he races at Eagle Farm.

Crafty Spirit struck trouble on the first turn and again in the straight when a nose second in an open handicap at Eagle Farm two weeks ago.

He steps up from the 1200m of that race to 1400m in Saturday’s BRC Membership Open Handicap, a prelude to The Hunter at Newcastle or the Mooloolaba Cup at the Sunshine Coast.

Crafty Spirit showed he was up to top class in the winter carnival, winning a strong three-year-old race before finishing fourth behind proven stakes horses Military Zone and Baccarat Baby in the Fred Best Classic.

He finished last in the Queensland Guineas but he was kicked by another horse behind the barriers and later found to have a bruised chest.

Trainer Dan Bougoure accepted with Crafty Spirit in the Open Handicap and a restricted race on Saturday but when the gelding drew wide in both he elected to run in the former.

“He had no luck last time and probably should have won by a length,” Bougoure said.

“But I really liked the way he ran to the line in that race. His barrier is no help on Saturday but they can come wide in the straight and win at Eagle Farm.”

Crafty Spirit is by top sire Spirit of Boom whose progeny have shown they are not just sprinters.

“His dam is by a Victoria Derby winner in Arena so he also throws to her. He is a genuine big track horse and it is a waste taking him to a small track,.

“It is why we are looking at The Hunter on the big Newcastle track or the Mooloolaba Cup at the Sunshine Coast.

“They are on the one day but it is nice to have a choice between them.”

In-form Jake Bayliss will ride Crafty Spirit and takes over from Michael Cahill who is out for a month with a fractured foot.

The Hunter (1300m) is a new race introduced for the Newcastle metropolitan-class meeting on November 16.