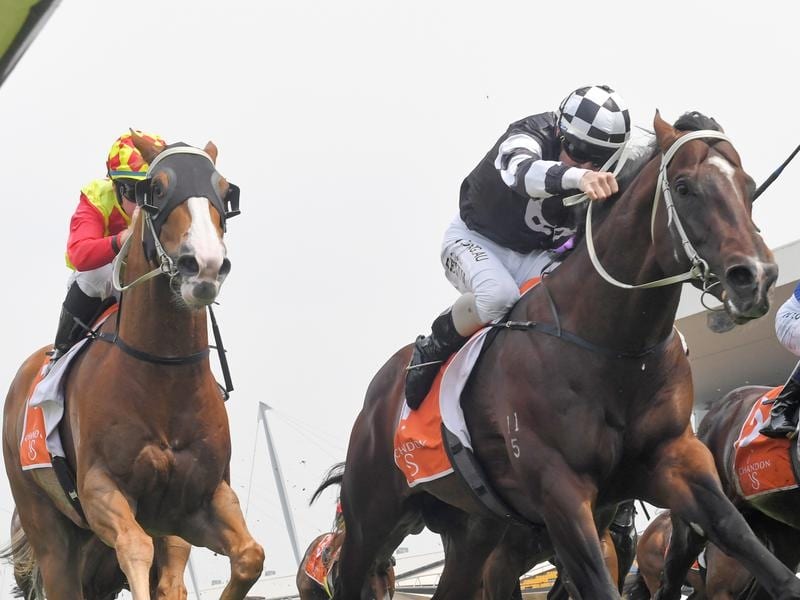 Hawkesbury trainer Brad Widdup has eyes for the $1 million Hunter after a one-two finish on Golden Eagle day at Rosehill.

Top-weight Sandbar ($7.50) edged out stablemate Junglized ($6) in the Chandon S Handicap (1100m) for Widdup, with James Cummings-trained Beau Ideal ($4) a nose behind.

By champion sire Snitzel, Sandbar has not run outside of Group company since breaking his maiden on his home track in January 2018.

“I’ve been soft on him,” Widdup said of last year’s Roman Consul runner-up.

“He’s been a terrific horse and Junglized is the same. He’s always honest and he never puts a foot wrong.”

Widdup has big plans for Sandbar, starting with a trip to Newcastle in two weeks time for the rich new 1300m-feature.

“We’ll probably go to the Hunter now,” he said.

“That’s why I ran him first-up (in the Sydney Stakes) the other day from the bad gate (10).

“It’s an uppercut to deal with, but it’s paid off today.”

Longer-term, Widdup is targeting another $1 million race, the Queensland Magic Millions Snippets, for the four-year-old this summer.

“The plan is the Magic Millions,” he said.

“But I want to get a couple of runs in. He’s had a third-up so I just wanted to make sure that he’s back and I think he’s showing that today.”

Sandbar is raced by a group which includes high profile racing identity Damion Flower who is awaiting trial on serious drug importation charges and cannot profit from any earnings until the matter is resolved.

The horse now races in the black and white colours of another owner, Nick Vas.

Kris Lees-trained favourite Special Reward ($3.40) had a run to forget, missing the start and rounding the corner three-wide before fading to sixth.