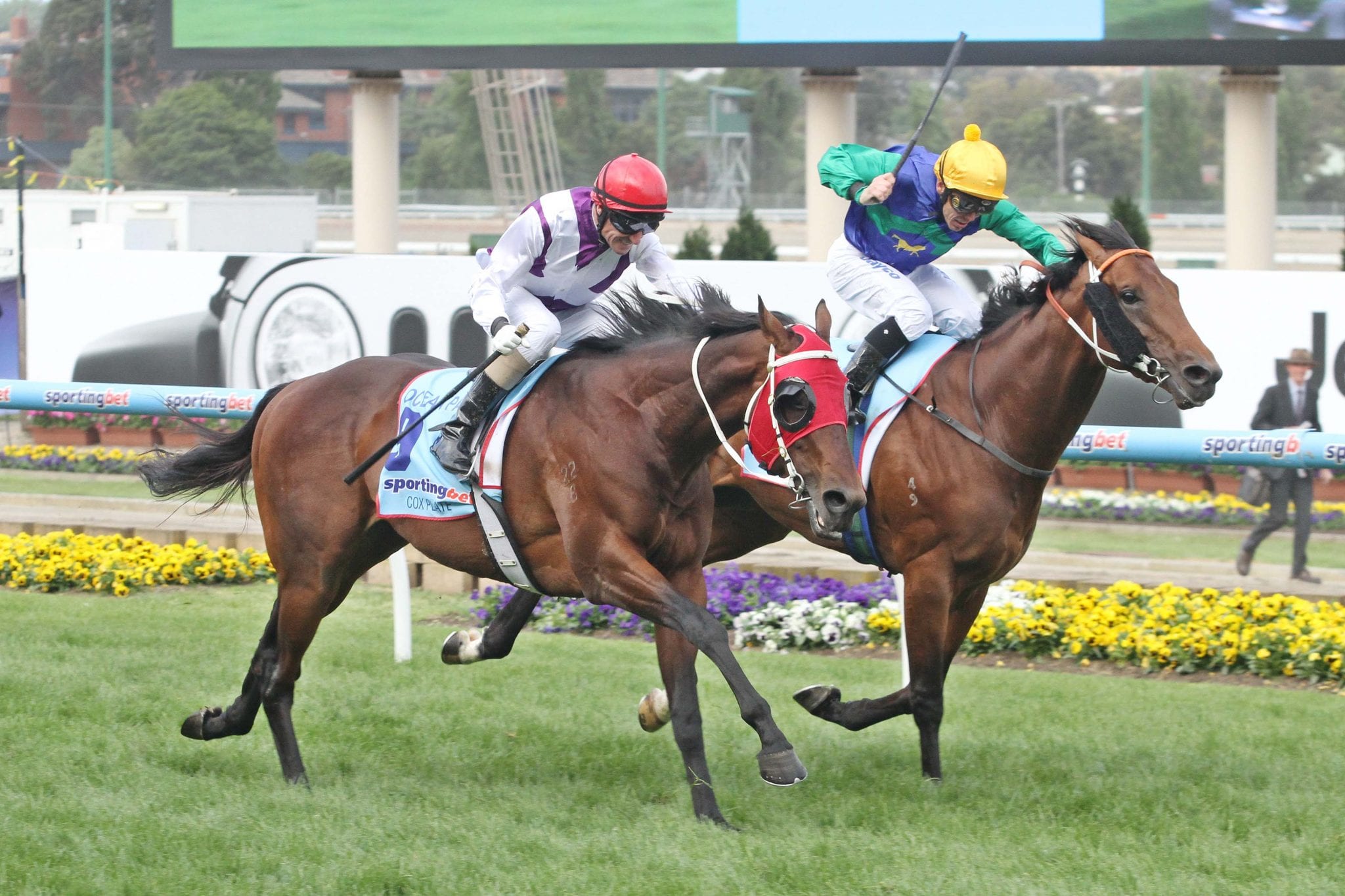 Gary Hennessy will be reliving his greatest training triumph when he heads along to the Matamata races tomorrow. The South Waikato Racing Club’s meeting is the second raceday stop on the New Zealand leg of the promotion to celebrate this year’s 100th running of for the Group 1 W.S. Cox Plate (2040m) at Moonee Valley on October 24 and on course at Matamata will be the specially designed A$200,000 Cox Plate gold trophy.

Matamata-based Hennessy is the last New Zealand trainer to win the famous race, doing so in 2012 with Ocean Park, a son of Thorn Park he raced in partnership with his Hong Kong friends Andrew Wong and Stephen Yan to win five Group 1 races and claim the 2013 New Zealand Horse of the Year title.

“I’ll take along the dress rug we won and also our Cox Plate trophy and hope to get my hands on this year’s trophy,” Hennessy said. “It’s great Moonee Valley is doing the promotion over here. It’s a race New Zealand has got so much history with and New Zealand-bred horses have won it on 36 occasions.”

Hennessy really appreciated the importance of the Cox Plate after Ocean Park and rider Glen Boss were successful just over seven years ago. “People recognise the Cox Plate all around the world and, when they realise you have won it, they really want to get to know you,” he said. “Through winning it, Ocean Park took us to Dubai and on to England and opened the doors to meet so many people, top trainers like Mike de Kock and Aidan O’Brien. “I couldn’t believe it when we came back to New Zealand afterwards. I didn’t realise how much enjoyment people got from seeing us win it. The recognition from other people was amazing. It’s quite humbling.”

Hennessy said he can still recall the 2012 Cox Plate vividly. “It’s a pretty amazing event and to be part of a huge atmosphere day is something you never forget,” he said. “Our three sons, Tony, Paul and Shane were all there and they probably got to enjoy the day more than we did, being up in the stand looked after while Jenny and I were down with the horse doing all the work. “But we got to enjoy it after the race.

The Cox Plate was the first time Andrew and Steve had seen him race and Andrew was so confident he had already booked out a place to celebrate afterwards.” Hennessy hadn’t thought of a start in the Cox Plate until a comment was made by top Australian trainer Lee Freedman seven months earlier during trackwork at Randwick after Ocean Park had finished second in the Group 1 Rosehill Guineas (2000m) and was being prepared for the Group 1 AJC Derby (2400m).

“In his gallop on the Tuesday morning he worked two rounds and sprinted up the straight and Lee Freedman was beside me and couldn’t believe the time he ran,” Hennessy said. “Lee said to me ‘Geez that horse could win a Cox Plate.’ That’s when I started to think about it. “I had to scratch him out of the Derby because he had heat in a fetlock joint and was thinking of either the Cox Plate or Caulfield Cup (Group 1, 2400m), but when he won the Makfi (Challenge Stakes, Group 1, 1400m) first-up at Hastings I knew he could handle the 2040m of the Cox Plate better than the 2400m.”

Ocean Park’s Makfi Challenge Stakes win was the start of a four-race Group 1 winning streak, with victories in the Underwood Stakes (1800m), Caulfield Stakes (2000m) and Cox Plate following. “In the Cox Plate he came up against All Too Hard and Pierro, who were rated the best three-year-olds they’d seen in 15 to 20 years,” Hennessy said. “But he was too good for them and he ran the third-fastest time for the race and it was on a dead track.”

Though winning the Cox Plate hasn’t changed the Hennessys’ lifestyle, it did enable them to expand their operation, purchasing another block of land down the road from their Kingston Lodge property. “Once he was retired and sold to stand at Waikato Stud, we were looking to support him and needed more land to keep our mares,” Hennessy said. “Andrew, Stephen and I all kept shares in him so Jenny and I bought 50 acres to keep the mares and foals. We ended up buying a dozen mares.”

Hennessy has the honour of breeding Ocean Park’s first winner, Beerzatbernz, who was successful on debut at Morphettville in February 2017, and he is proud of the results Ocean Park is achieving. “He’s leaving winners every week,” Hennessy said. “He sired Kolding and he has won both the Group 1 Epsom Handicap (1600m) and the inaugural A$7.5 million Golden Eagle (1500m) and will contest Saturday’s A$5 million All-Star Mile (1600m).”

Ocean Emperor, a three-time Group 2 winner, now stands at the Hennessys’ Weowna Park and hails from the same family as Probabeel, the dual Karaka Million winner who won the Group 1 Surround Stakes (1400m) less than a fortnight ago.

Hennessy will continue to try and find another Cox Plate hero like Ocean Park. “I know the type of horse and preparation needed to win it and if it happened again it would be like winning Lotto,” he said. “Any trainer wants to be able to hang their hat on a decent race they’ve won and I’ve got the Cox Plate.”