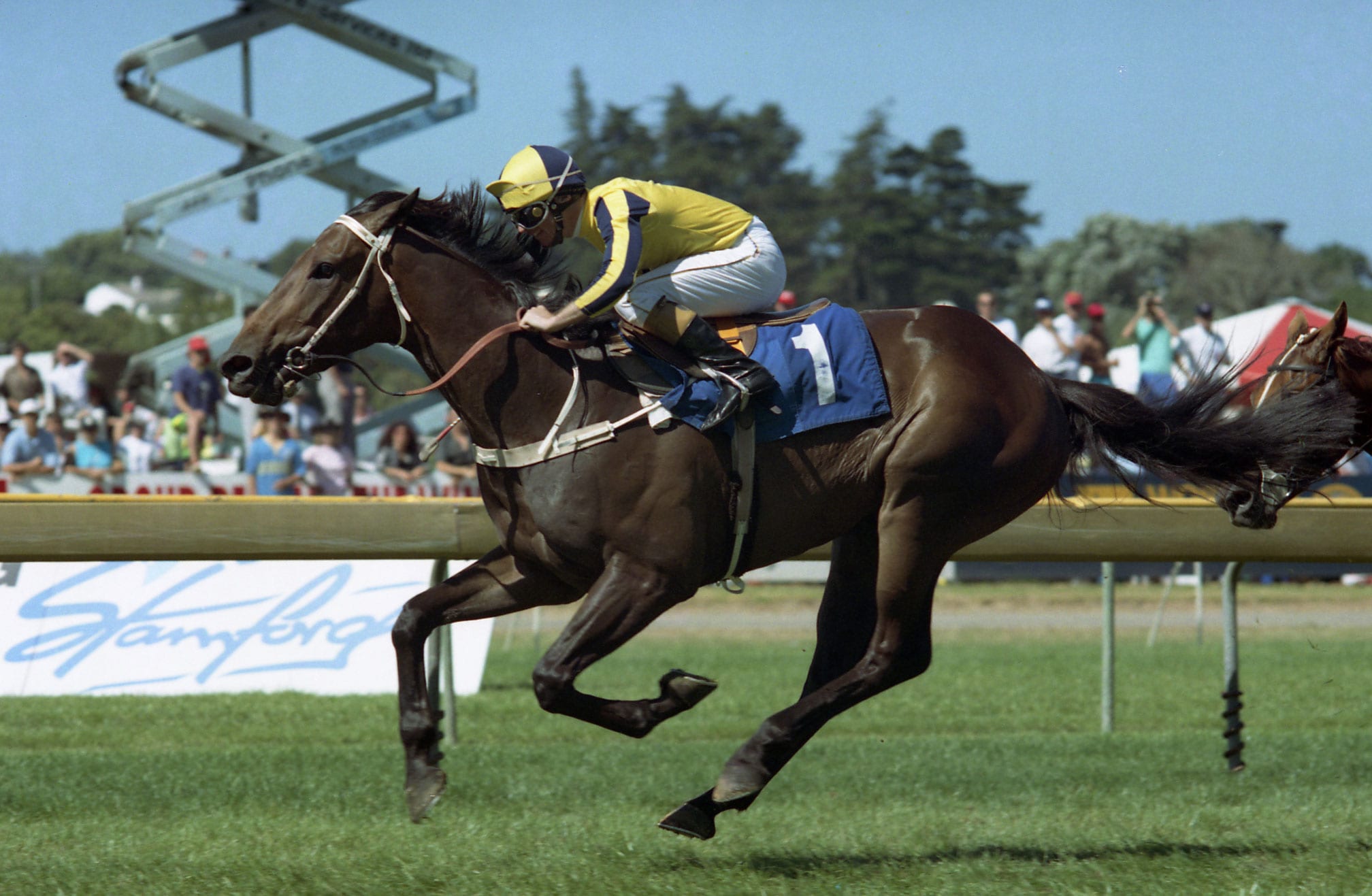 Former champion jockey Lance O’Sullivan will never forget his first ride in the Group 1 W.S. Cox Plate (2040m) and neither will racing fans throughout New Zealand and Australia.

As this year’s Cox Plate trophy begins a week-long New Zealand tour (starting on Auckland Cup day at Ellerslie on Saturday), it’s certain the most discussed Cox Plate will be that 1986 edition in which O’Sullivan had to settle for second on (Our) Waverley Star, going down a neck to the mighty Bonecrusher in an all-New Zealand finish with The Filbert third.

It was billed as “The race of the century” after (Our) Waverley Star, trained by Dave and Paul O’Sullivan, and Bonecrusher, ridden by Gary Stewart and trained by Frank Ritchie, took off at the 800m and went head for head in a titanic battle down the Moonee Valley straight well clear of the rest of the opposition.

“Several times I thought I would beat him (Bonecrusher), but he just kept fighting back,” O’Sullivan said. “Both horses tried so hard and you’ve got to remember Waverley Star did go on to Japan and win the Fuji Stakes (1800m) and run fifth in the Japan Cup (Group 1 2400m) and go back to Australia and win the Chipping Norton Stakes (Group 1, 1600m). He was a very good horse.”

O’Sullivan was in the early stages of a highly successful riding career, one which would result in his induction into the New Zealand Racing Hall of Fame in 2006 and retire with 12 New Zealand Jockey Premierships, 2479 wins in total, and 62 Group 1 victories.

But riding that day at Moonee Valley just over 33 years ago sowed the seed to return and one day win the Cox Plate. “It whetted my appetite to try and win it,” O’Sullivan said. “It’s such a great event. There’s something about the Cox Plate that isn’t like any other race. “The track and the atmosphere make it so special. The crowd are so close to the running and it feels like they are virtually on top of you coming down the home straight. “It’s such an exciting race to ride in.”

O’Sullivan did return two years later with (Our) Waverley Star’s stablemate, Horlicks, and again he had to settle for second, beaten by yet another top New Zealand galloper, Our Poetic Prince, ridden by Noel Harris and trained by John Wheeler. “Horlicks was very unlucky that year. She was dead stiff not to win,” O’Sullivan said. “Going out of the straight the first time she clipped heels and dipped and she came from last to get second. It was a huge run.”

O’Sullivan again had no joy in his next two Cox Plate attempts, finishing 11th in 1989 on The Phantom and eighth in 1990 on Horlicks, who a year earlier had won the Group 1 Japan Cup (2400m) in world record time.

But finally O’Sullivan’s luck changed in 1991 when he rode Surfers Paradise, also trained by his father and brother. Surfers Paradise had been New Zealand Champion Three-Year-Old the previous season with four Group 1 wins, but came up against a star-studded line-up and hadn’t won as a four-year-old, though he had twice been Group placed. He went into the Cox Plate with a last-start unplaced run at Ellerslie over 1575m.

“He wasn’t really fancied and was up against a great field,” O’Sullivan said. “He beat Super Impose, one of the best. To win the race was a great thrill. “It has to rate as one of my top three wins. The Japan Cup on Horlicks has to be top because it is so international, but the Cox Plate win is right there with Mr Tiz’s win in the Galaxy (Group 1 1100m) in Sydney. “It’s such tough race to win.”

O’Sullivan did return to have a further crack at the Cox Plate three years later with Snap, who finished tenth with another couple of Kiwis, Solvit and Rough Habit, landing that 1994 quinella.

That was O’Sullivan’s sixth and final Cox Plate bid, though he did return three years later with another Wexford Stables star, last-start Group 1 runner-up Vialli. However, disaster struck that day in 1997 and he had been rushed to hospital when the feature was run and Vialli finished third in the hands of replacement rider Greg Childs.

A couple of races before the Cox Plate, O’Sullivan’s mount, Centie Lassie, had crashed through the running rail and O’Sullivan was severely injured in the horrific fall, winding up with a possible career-ending injury when shattering his leg. Despite the serious injury keeping him off the scene for 18 months, O’Sullivan’s determination led to his return to gather more success, but he never got the opportunity to add to his Cox Plate record.

Now as a successful trainer in partnership with Andrew Scott, he attempts to get the best out of his horses, hoping to tackle the black type races and maybe one day get a Cox Plate contender.

“I’ve never had one good enough to take over for it yet, but you never know, one day I could get one. “New Zealand will win the Cox Plate in the next 20 years,” O’Sullivan said. “Someone will get a horse good enough. Hopefully it’s me.”