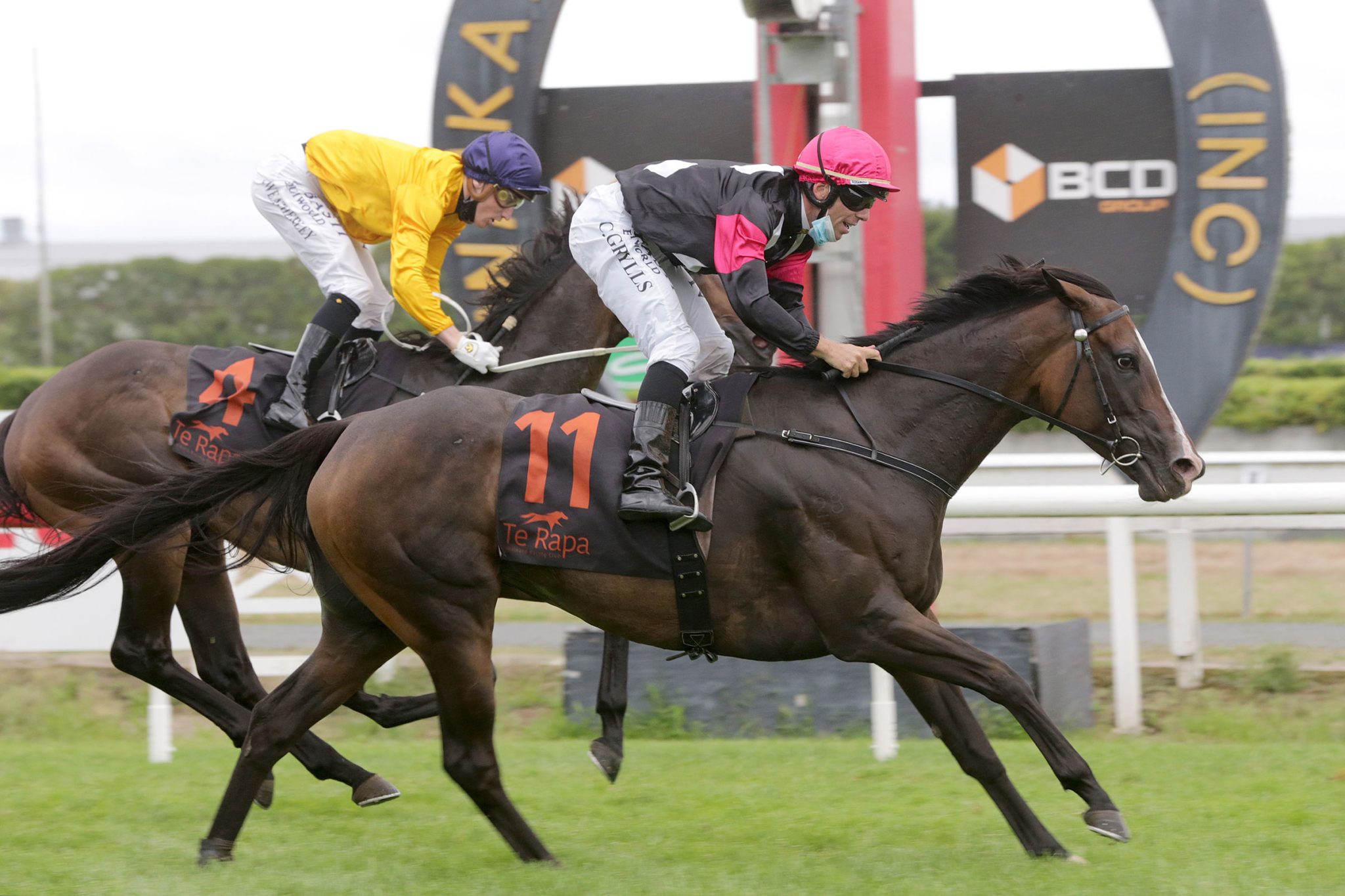 An emotional Robbie Patterson was holding back the tears as he reflected on one of the biggest thrills of his life that had occurred just minutes earlier at Te Rapa, New Zealand.

Patterson prepares talented mare Coventina Bay, the pint-sized daughter of Shamexpress who has provided him with some of his greatest highlights in a training career that started back in 1995.

A winner of nine of her 20 starts before today, Coventina Bay had twice finished runner-up in Group One company without being able to crack the big one for Patterson and her large group of owners.

All that was forgotten on Saturday, courtesy of an inch-perfect ride by Craig Grylls, as Coventina Bay reeled in pacemaker Vernanme in the final 50m to take out the Group 1 Herbie Dyke Stakes (2000m).

Grylls settled the mare towards the rear early in the contest before making ground along the inner approaching the home turn.

Angled to the centre of the track, the mare produced an undeniable finish to down Vernanme by half a length with The Chosen One running on strongly to finish close-up in third.

Patterson was quick to sing the praises of his charge, despite looking a little stunned by the final result.

“She is just a true professional,” he said.

“I’m just speechless as this is quite amazing really.

“It was a great ride by Craig who is probably the best jockey in the country at the moment.

“She got in the tricky part of the track, but she is just so genuine and just a good horse.”

The victory was Coventina Bay’s first at the 2000m trip with Patterson hinting a return trip to Australia with the mare was on the cards after she performed with credit, but without success, in a three-race campaign in Brisbane last winter.

“I might be able to go back to Aussie with her now,” he said.

The Doomben Cup is a Group One weight-for-age event run over 2000m in Brisbane in May and was won in 2021 by Australian galloping sensation Zaaki.

“It was a great win as she didn’t begin that good, but ended up with a good run,” Grylls said.

“I got back to the fence to save a lot of ground and then got out at just the right time.

“She is just so gutsy and gives it her all and the Group One is well deserved.

“Robbie is just a great bloke and we’ve managed to have a lot of success over the last year or so.”

Bred by co-owner Wayne Darling under his EVB Ltd. Banner, Coventina Bay is a daughter of High Chaparral mare Coventina and is closely related to former dual Group One winner Nimue.

She becomes the first Group One winner for Windsor Park Stud stallion Shamexpress who will be represented by nine individuals at the 2022 New Zealand Bloodstock National Yearling sale that kicks off at Karaka on March 7.