Course specialist in charge at Ellerslie 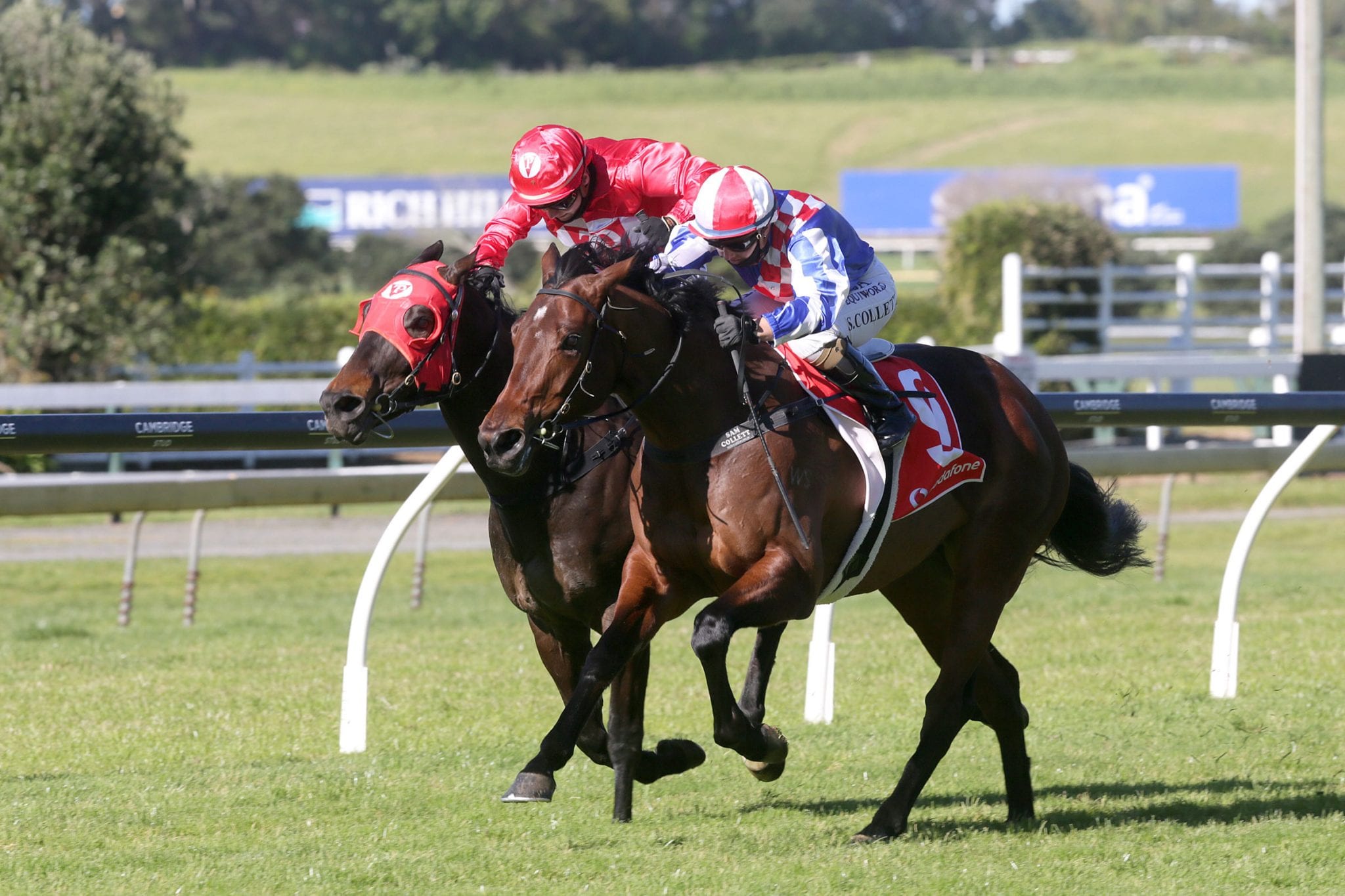 Matamata mare Shoshone demonstrated her affinity for the Ellerslie turf when she headed home a quality field over 1200m at the venue on Saturday. The Sacred Falls four-year-old has now won three of her four starts at Ellerslie with her latest victory one of her best as she pulled out plenty in the concluding stages to down the fast finishing Justacanta to claim her fourth career win from just seven starts.

Rider Samantha Collett had Shoshone sitting nicely outside pacemaker Braavos but had to push forward quicker than expected as runners swept around her outside on the point of the turn. Shoshone shot clear early in the run home but looked a sitting duck as the late closers began to swoop however, she dug deep and pulled out all stops to hold them all out in a sharp 1.13.57 for the journey on the Slow9 rated surface.

Co-trainer Ken Kelso was delighted with the victory and the fact his charge enjoys her visits to northern racing headquarters. “She likes it here and it’s good to have an Ellerslie specialist as this is where the money is,” he said. “She has won left-handed on her home track as well but she really does like racing here.

“She had to do it tough in the straight today as the horse that led didn’t really take her into the race and Sam (Collett) said she had to go a lot earlier than she wanted to. “It was a good effort to dig as deep as she did.”

Kelso had been keen to bring the mare back to Ellerslie for her next start in a similar grade but won’t be able to confirm that until he can ascertain what type of ratings penalty she is going to receive for her latest win. “I wanted to come back for a similar race in a fortnight but I’m picking that will go out the window now,” he said.

“It is very hard to put a programme together at the moment as the open entry system makes it a nightmare. “We’ll just have to see what penalty she does get before we make any further decisions. “She does like the type of tracks she’s getting at the moment and I think she will most likely cope up to around a Dead6 as she has a very good action.

“We would ultimately like to get some black type with her so while the tracks are the way they are we will look around for what is available. “She is still lightly raced so I hope there is still improvement in her as she is a handy mare.”

Shoshone is a daughter of unraced Zabeel mare Dee I Why and was purchased by Kelso in association with Waterford Bloodstock for $150,000 out of the Waikato Stud draft during Book 1 at the 2018 National Yearling Sale at Karaka.

Kelso and wife Bev made it a winning double for the day when underrated mare Codecracker stormed home to take out the last race on the card.