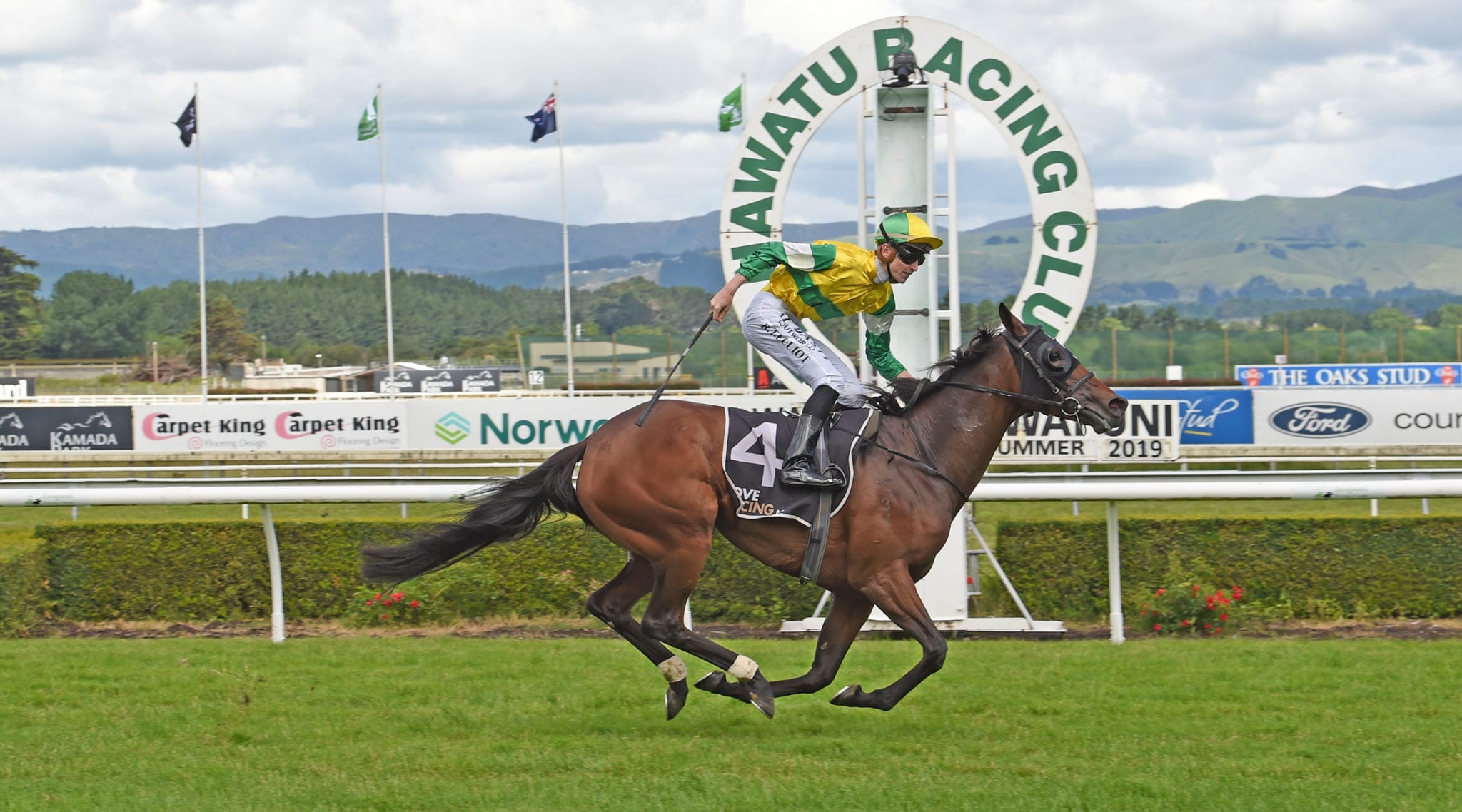 Visiting Cambridge mare Concert Hall was back to her brilliant best when she demolished her opposition in Saturday’s Group 3 Aberdeen On Broadway Manawatu Cup (2300m). The Joan Egan-bred and owned five-year-old had been slowly building to her peak form in recent starts which included an eye-catching run for fourth in the Group 3 Counties Cup (2100m) last month.

Steady rain during the week saw the Awapuni track rated a Slow8 for the meeting which had some doubting the Savabeel mare’s credentials on the testing footing however she never looked like getting beaten once rider Ryan Elliot secured a nice run just behind the speed after jumping from a wide barrier.

Elliot had Concert Hall cruising approaching the home corner and when asked for an effort she put the win beyond doubt as she charged away in the run home to win by four lengths from a brave Platinum Invador with topweight Dolcetto fighting on bravely for third.

Co-trainer Robert Wellwood, who prepares the mare with senior training partner Roger James, admitted he had some concerns when the mare looked to be fired up in the early stages. “I was a bit nervous when she was a little keen coming past the post the first time, Wellwood said. “She got into a nice rhythm after that and when I saw her travelling at the 600m I thought she was going to be pretty hard to beat. “It’s good to finally get a few of the loyal punters paid who follow her and it’s great for Joan (Egan) as she has been a good supporter of us and she deserves all the success she gets.”

Wellwood was pleased to see the mare’s determined performance as the camp look ahead to bigger targets over the coming weeks. “If she comes through this well it will probably be the City Of Auckland Cup (Group 3, 2400m) next but we will just see,” he said. “It’s nice to see her hit the line strongly over this sort of distance as you don’t know what the future holds.”

Elliot was also quick to sing the praises of Concert Hall who he believed benefitted from the easing in the ground. “The little bit of a soft track probably helped her today and was a blessing in disguise,” he said. “The instructions were to get her forward just so she didn’t have as much to do as she has had lately. “She pulled a little bit early but then she relaxed nicely.”

Concert Hall is the second foal from Egan’s Carnegie mare Classic Legacy and has now won six of her 16 career starts. Egan is also the owner and breeder of last week’s impressive Awapuni winner Beauden who is heading for a clash with Concert Hall as both horses hold a nomination for the Group 3 SKYCITY City Of Auckland Cup (2400m) at Ellerslie on January 1.