Concert Hall all class at Trentham 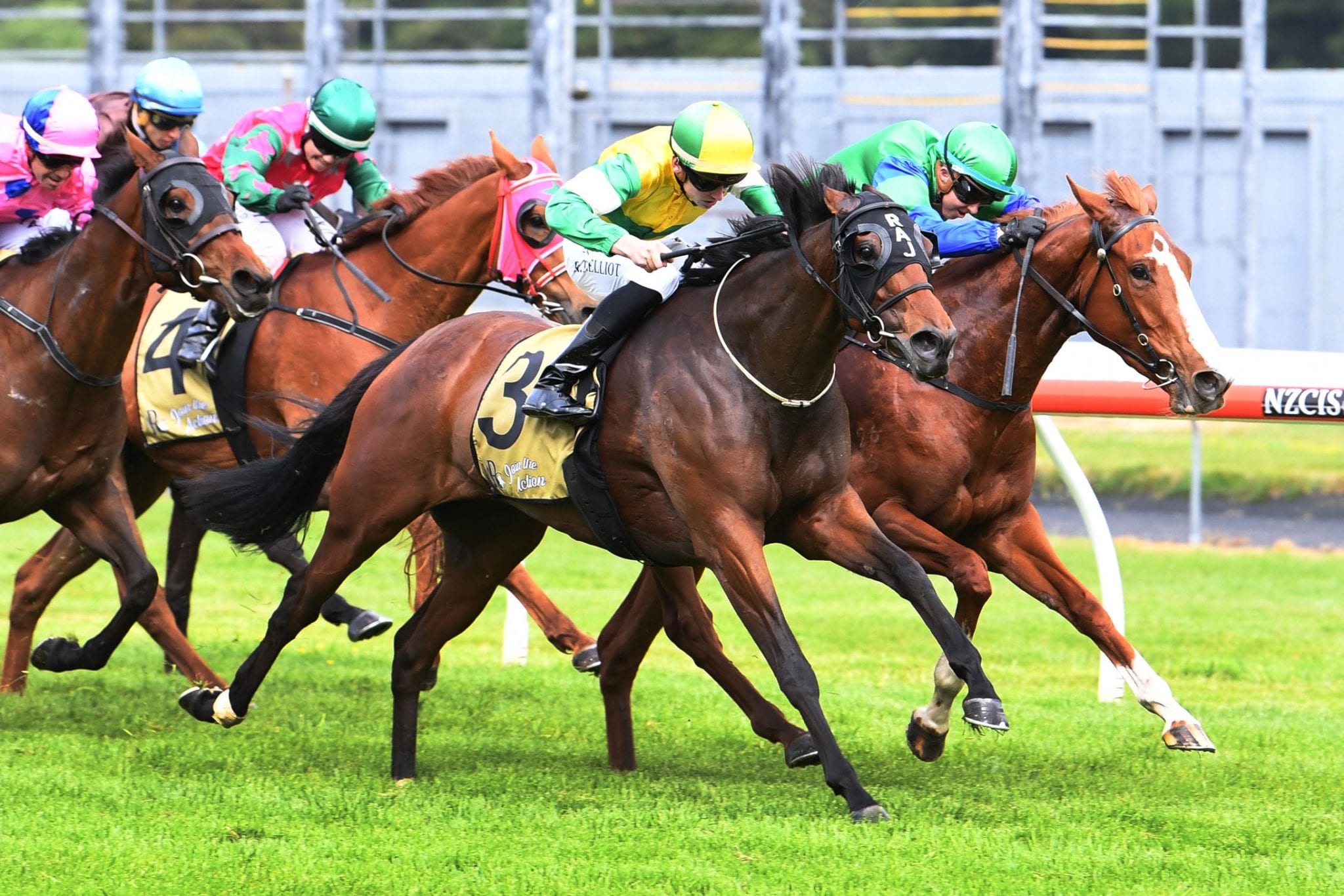 It may have taken nearly all of the Trentham straight to get her head in front but class performer Concert Hall delivered when it counted as she took out the Group 3 Gee & Hickton Funeral Directors Thompson Handicap (1600m) on Sunday.

Sent out a warm favourite after producing a storming finish for second at Ellerslie when opening her latest campaign, the Savabeel mare delivered for her supporters despite giving them a few heart flutters along the way.

Rider Ryan Elliot had her ticking along nicely towards the rear of a compact field early on before being asked to make her run wide out approaching the home corner. With the earlier races favouring the inside runners it looked like the Roger James and Robert Wellwood-trained six-year-old might come up short in her winning bid after lightweight runner Vent still had a two-length advantage with 200m to run.

Elliot asked the mare for her best and she put in some massive bounds to level up to Vent short of the winning post before putting her head in front where it counted to collect career win number seven and her third at stakes level. “She’s an exciting mare and she has backed up a super run first-up with her performance today,” Robert Wellwood said.

“She’s a mare that has kept improving with maturity and it looks like she has stepped up again for this season. “She’s a real race horse who wants to be there and you could see that as she really pinned her ears back at the 200m and got down to her task. “We’ll see how she travels back and comes through the race but we do have some exciting targets for her.

“We had thought about running her at Pukekohe next week if it got too wet at Trentham today, but now she has had that run we will just tick her along. “A race like the Counties Cup (Group 3, 2100m) is an option that is coming up but if she does what we think she can do then a trip across the Tasman for an autumn campaign is a definite option.”

Bred and raced by noted Waikato breeder Joan Egan, Concert Hall is out of four-race winner Classic Legacy and hails from an extended family that includes multiple Group 1 winners Arena and Tartan Tights.

The victory was Concert Hall’s second at Group 3 level at Trentham having taken out the 2019 Group 3 Cuddle Stakes (1600m) there while she also won the Group 3 Manawatu Cup (2300m) at Awapuni in December last year.