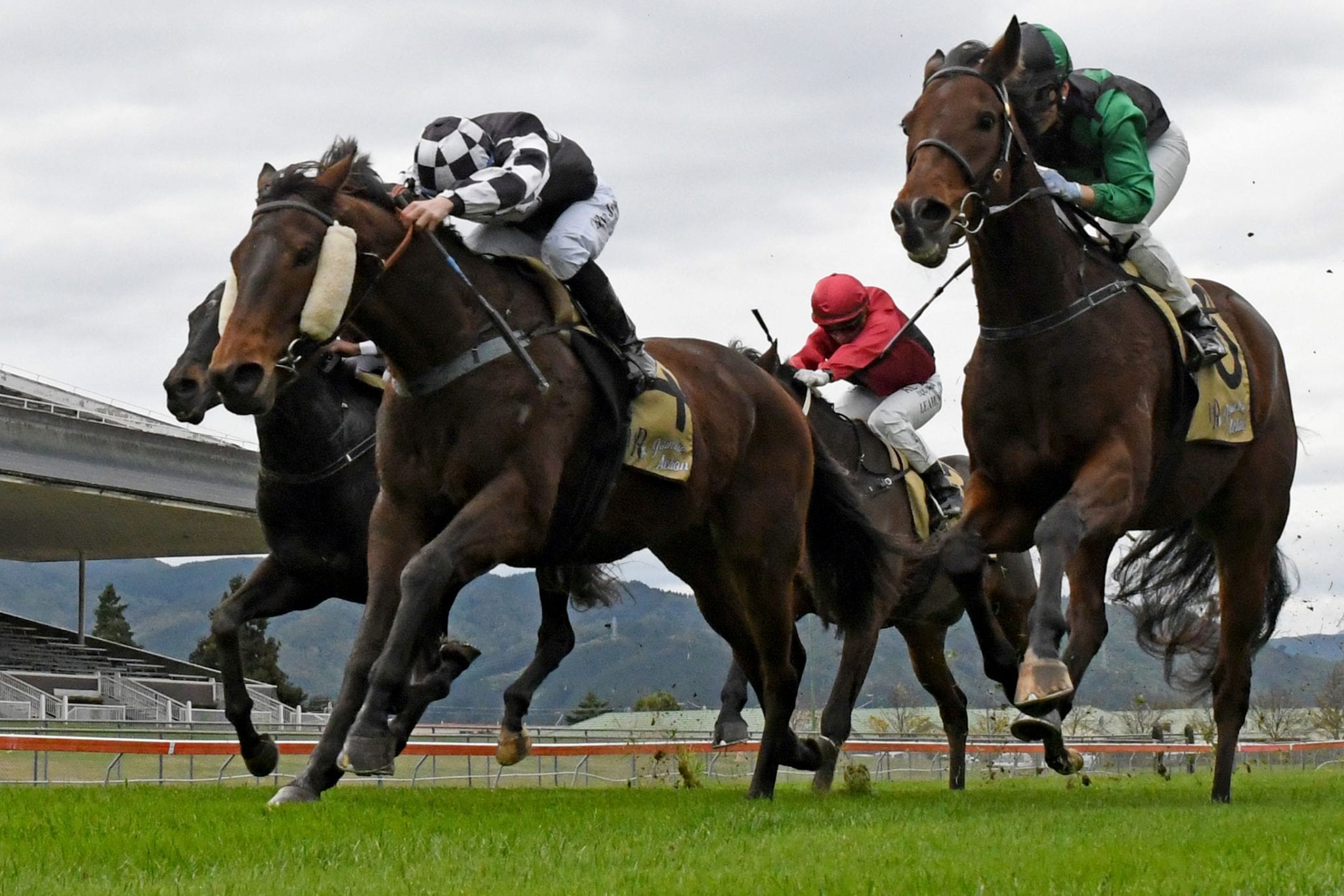 Underrated New Zealand winter galloper Collinstreet went one better than his trainer expected when he powered to a narrow but convincing victory over 1400m at Trentham.

The Allan Sharrock-trained six-year-old thrives on heavy winter footing and got conditions to suit when the Trentham surface came up a Heavy10 for Saturday’s racemeeting.

Sharrock felt he had his charge ready to go a good race but thought he might find fellow Taranaki galloper Rosewood too tough to beat over a distance short of his best.

Rider Callum Jones and Collinstreet had other ideas as they combined to out-finish pacemaker Maduro in the final 200m and secure career win number six for the son of Bachelor Duke.

“I knew he had improved off his run first up at home (New Plymouth) a fortnight ago, but realistically I thought Rosewood would be too tough for him.

“I got that wrong, which I’m pleased about and I can’t wait to step him up over more ground as he is at his best at 2000m and beyond.

“He is a very honest type with a fair bit of ability when he gets the tracks to suit.

“He is good enough to win one of those nice winter staying races, something like a Taumarunui Cup or the like, so that is what we will be aiming for over the next couple of months.”

Sharrock was pleased with the ride by three-kilogram claiming apprentice Jones, who is on loan to him for the next three months while his current boss Nigel Tiley is on an extended Queensland holiday break.

“It was a nice ride by young Callum as he didn’t panic when he couldn’t get a run along the inner,” Sharrock said.

“I think it is a good move to come down here as his claim will be in demand and he will do well.

“It gives my stable another option with Hazel (Schofer) just claiming the one kilogram now and also restricted a little by her weight, so he will have some good rides on our lighter weighted runners available to him.”

The win also added another piece of good news for Sharrock after it was announced on Friday that a Racing Integrity Unit (RIU) investigation exonerated the trainer from any fault in the drug positives for methamphetamine returned by two of his winning runners at Awapuni on April 25.

The RIU established the positives were as a result of contamination from the visitor boxes used by Sharrock at the venue on raceday, with Sharrock relieved the ordeal was now over.

“To be honest it has been two weeks of absolute crap so I’m just thankful it is now over,” he said.

“I’ve been through a raft of emotions and although I was confident that would be the result in the end, it still weights heavily on you when you are in the middle of it all.

“You hear the whispers about being a cheat and the like, given we are having our best year ever, so to get the news like we did took a massive weight off my shoulders.

“I think the Industry has a lot of work to do in the future around the whole issue but now is not the time for me to comment on that, I’m just going to pick myself up and keep trying to win races.”