Collett elects for Levante in Group One 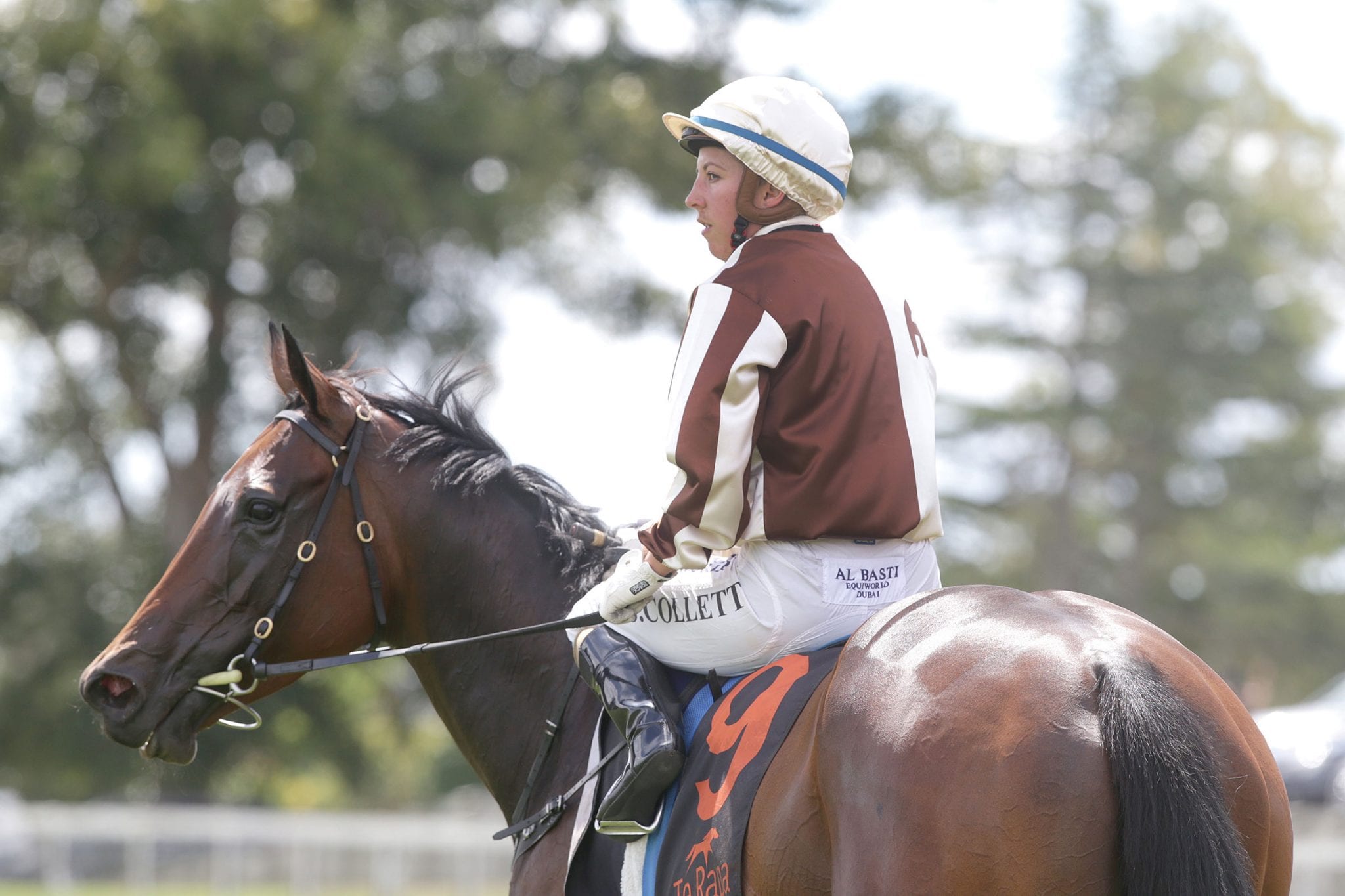 It was an agonising decision for jockey Samantha Collett in selecting her mount for the Group 1 Fiber Fresh NZ Thoroughbred Breeders’ Stakes (1600m) at Te Aroha on Saturday, and she is hoping she has chosen wisely.

The Waikato hoop elected to go with the latter based on her potential, but admitted it was an extremely hard decision.

“It has been a hard decision, but Levante is the way I have gone,” Collett said.

“They have all been extremely loyal to me, which is what made the decision harder.

“Travelling Light was such a star three-year-old for me and Coll MacRury, her owner, and Ben Foote (trainer) were loyal to me for her whole three-year-old season.

“My strike-rate with Rob (Patterson, trainer of Coventina Bay) is one of the best I have with any trainer at the moment, and Rob and Coventina Bay’s owners have been great.

“Rob was aware of the decision I had to make, and he said to me ‘if you can’t ride our mare, we understand, you can always get back on’. Whereas I knew if I didn’t commit to Ken’s (Kelso, co-trainer of Levante) mare there was going to be a high chance I might not get to ride her again.

“Ken’s mare has raced in a little bit better company, but it was so hard to split them. Rob gave me free rein and made me feel a bit better with the fact that whatever happened going forward I would still retain that ride.”

Collett has a distinct advantage heading into Saturday’s feature race over her fellow riders, having been familiar with a third of the field.

“Both Coventina Bay and Levante are horses that are going to get back, which always makes it a bit tricky, especially when you are giving horses like Avantage a head-start, which has been the undoing of Levante a couple of times already,” Collett said.

“Travelling Light can race a bit closer to the speed. I thought she was entitled to win at Tauranga (Group 2 Japan Trophy, 1600m). I know she still has a bit of improvement in her fitness-wise, but she definitely looks like she is coming back to being like the horse of old. If it rains it might suit Travelling Light the best out of the three of them.”

Avantage looms as Levante’s biggest threat on Saturday, but Collett is ruling out any talks of another potential match race between the pair.

“Last time we got carried away with a match race my horse fluffed the start,” she quipped.

“Avantage is a class mare and a multiple Group One winner.

“As much as I rate Levante, I have never ridden a horse in my career as good as Avantage in terms of what she has done already.

“She is the class mare of the country, while Levante hasn’t quite reached that level yet. The potential is definitely there but reading the form stats between them, Avantage is clearly superior in what she has done already.

“Both of those mares have had busy preps, so it will be interesting to see what happens.”

Collett has been buoyed by Levante’s improved starting manners of late, having jumped away well in her last start win at Ellerslie and in her 1100m trial at Matamata last week, after she was tardily away in the Group 1 BCD Group Sprint (1400m) in February.

“She hopped away like a rocket the other day at the trials,” Collett said. “It actually surprised me, which was great.

“But I don’t see her pattern changing dramatically. The smaller field just makes it a little bit easier as long as she hops away. She has given me no indication since Waikato that she is going to do that (miss the jump) again.

“We will keep our fingers crossed.”

With 741 starts to her name so far this season, Collett has been the busiest jockey in the country, and she believes she has found a happy middle ground after admitting to being burnt out following her 1173 rides in a season three years ago.

“I am very fortunate that I have got a good support base all over the country,” she said. “Chasing the premiership a few seasons ago meant that I was very busy and that really took its toll on me.

“I was pretty burnt out by the end of it so I am trying to find a happy medium where I am riding well and giving every horse their opportunity, and being fresh as well as being fit and keeping my finger on the pulse.

“I love my job and I am fortunate that I don’t have to spend hours in saunas or sweat baths, which makes it a lot easier.

“I try and make sure that when I have my down time that I use it wisely, so I am always ready to go at the races.”

While she is enjoying a busy season in the saddle, Collett is still managing to find some time to continue her interior design course, which she hopes to complete by spring.

“I am halfway through – I have passed six of my 12 assessments,” she said.

“I would love more time to be doing it, but during spring, summer and autumn racing, it is near impossible for me to find a day to sit there and do everything.

“I may have one or two days off a week to try and get everything done while I am trying to keep on top of working my own horses and maintenance at home.

“It was a 12-month course that I have been able to extend by six months by doing a couple of advanced courses, so that has been quite helpful in trying to juggle it all around.”

While she is looking forward to putting her education into practice with her own interior design business in the future, Collett said she doesn’t see that coming around too quickly.

“I am really enjoying it, but I don’t think it is something I will get my teeth into straight away,” she said. “I am enjoying my riding for now, but it’s nice to be able to do something in my own time.

“All going well, I can get this course done and maybe start doing a little bit of it on the side.”