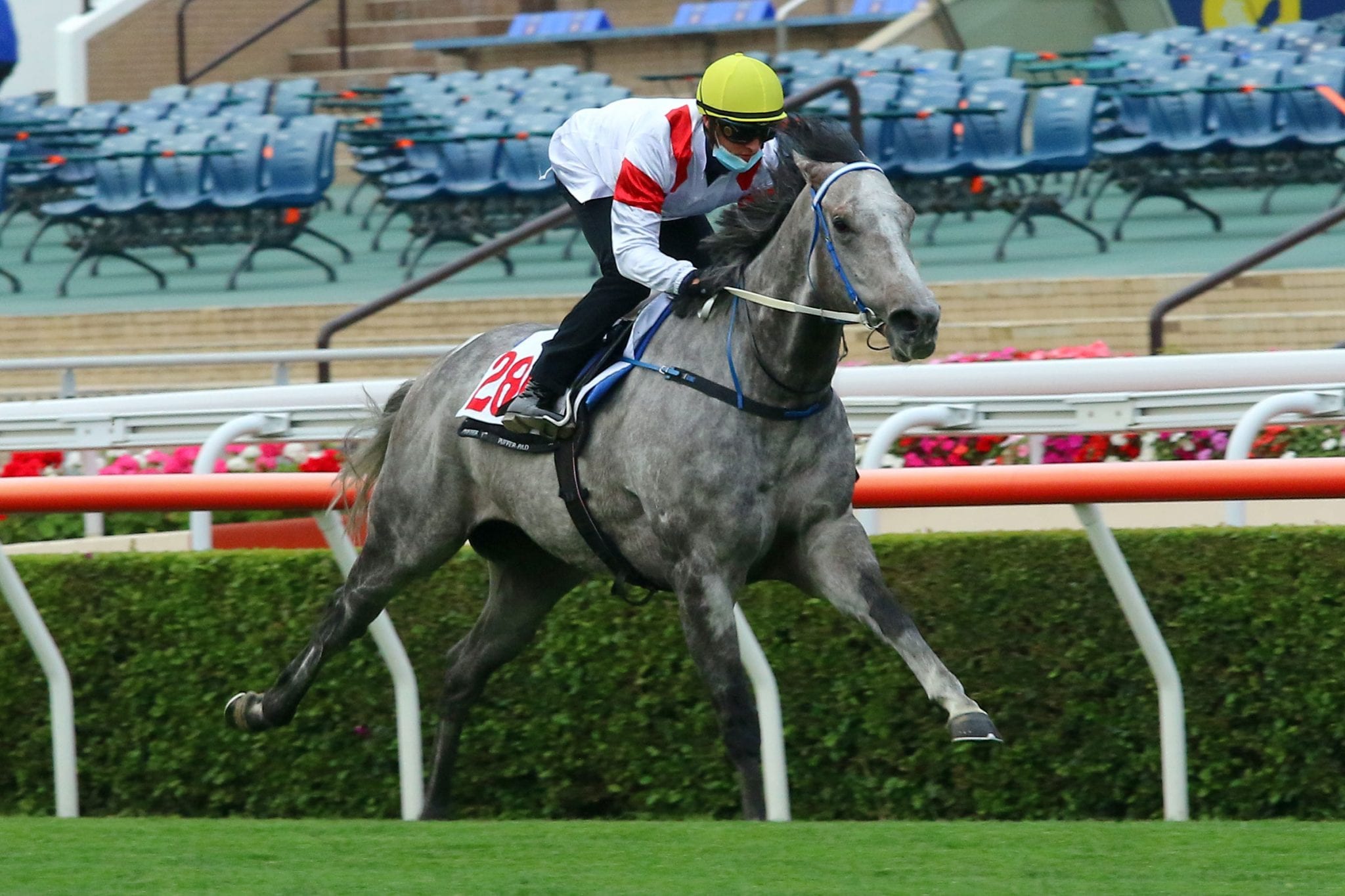 Classique Legend has taken another significant step towards a competitive return with a blistering 1000m trial victory at Sha Tin on Tuesday morning (23 March) as Francis Lui indicated the Group 1 FWD Champions Mile on 25 April was Golden Sixty’s likely next objective.

Rated the world’s equal-top sprinter in the year-ending 2020 LONGINES World’s Best Racehorse Rankings, Classique Legend powered up the 1000m straight course under Zac Purton in 57.90s to beat Quadruple Double by three and a quarter lengths.

Golden Sixty, who clocked 58.75s, was unpressured to finish sixth, five and a quarter lengths behind Classique Legend, while fellow Group 1 winner Southern Legend was fourth.

“Very pleasing trial, it was what I expected he would be doing, leading into it,” Fownes said, who is ultimately plotting a path towards the Group 1 Chairman’s Sprint Prize (1200m) at Sha Tin on 25 April with Classique Legend.

“He’s had a much more normal preparation now and he’s going the right way heading to the Group 1 at the end of next month and obviously the lead-up race three weeks earlier.

“There’s a lot of things that have been going on with the horse. It’s been hard work for me and the team, so hopefully now we can just go forward and get the best out of him.

“He’s in a good space, his mind is happy. Zac was happy with the trial, Zac was actually surprised the horse showed that much gate speed, he normally seems to be more of a get-back horse who charges home.

“I was happy with the trial – he’s looking good.”

Purton sat behind the early speed in the trial before easing Classique Legend into clear running in the centre of the track, before allowing The Everest winner to go through his gears after his recent return from Conghua, where he has overcome a series of niggles.

“I was happy with it, he is a lovely horse, he has a really good nature and has a lot of similarities with (his half-brother) Aethero in the way he is built and the way he moves so I am familiar with that a little bit and it was good to feel it again,” Purton said.

“We all saw it, he jumped out well, travelled well and did everything right. There is certainly a fair bit of improvement in him you’d think.”

As impressive as the grey was, Purton warned against jumping to conclusions the mercurial gelding is back to his best Australian form.

“It’s a bit early to be talking about that. He has had an interrupted preparation, he has changed countries, been on planes and trucks so it’s hard to say he’s at his best form,” he said.

“Ideally, you like to go in with an ideal ‘prep’ and a few lead-up runs, we don’t have the luxury of that but he is much more settled now than he was in December.

“If he can get somewhere near his best form, he’s obviously good enough.”

While yet to settle on a definitive race schedule for Golden Sixty, Lui hinted a return to 1600m assignments was on the cards for Hong Kong’s top horse in the HK$20 million FWD Champions Mile.

“It was an easy trial because my plan is the mile race at the end of April,” Lui said, where Golden Sixty could clash with Japan’s Salios and Indy Champ.

“We are still thinking about it, but maybe the Champions Mile at this stage, we are leaning that way at the moment.

“I discussed it with Vincent (Ho) and he thinks he is more comfortable there – his turn of foot is better at the mile we think.”

Ho was satisfied with a typically leisurely Golden Sixty trial and believes the gelding is best suited at 1600m, seemingly ruling out the chance of a blockbuster clash with Japanese filly Daring Tact in the HK$25 million FWD QEII Cup (2000m).

“He felt good, happy with him, just let him stretch out,” Ho said of the triple Group 1 winner, whose overall record stands at 16 wins from 17 starts.

“He’s kept his form. We need to sometimes let him stretch out a bit, otherwise he’ll be too fresh.”

Ho confirmed discussions with Lui would centre on which of the two FWD features Golden Sixty would contest.

“It depends what Francis wants to do with him.”