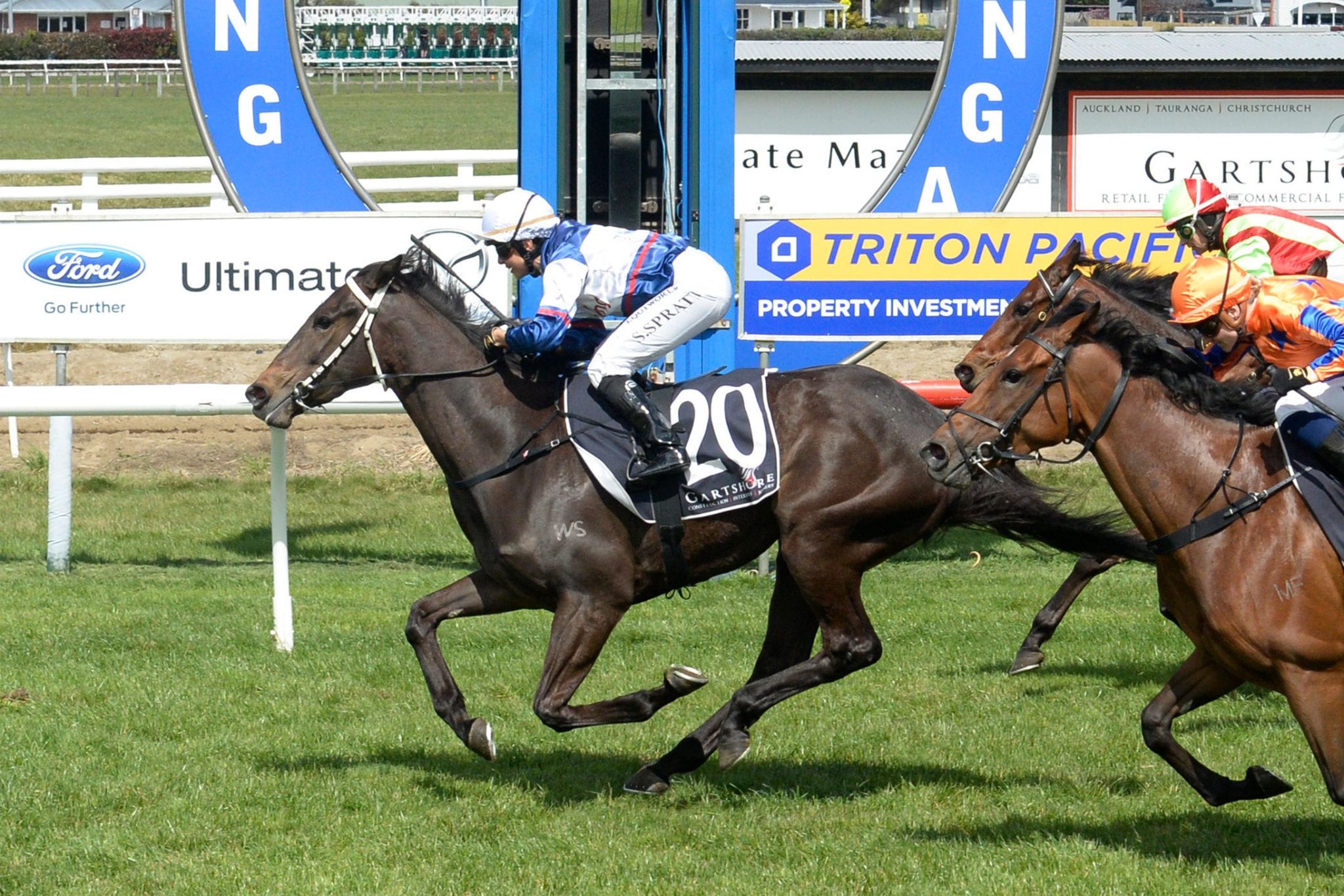 Stephen McKee will have two runners in the Karaka Million 3YO Classic (1600m) at Ellerslie on Saturday and he has Classic ambitions for both horses.

Lord Ardmore finished fourth in the Group 1 New Zealand 2000 Guineas (1600m) in November and subsequently had the same result at Tauranga earlier this month after being held up in the straight. McKee has been pleased with his progress since then and he is looking forward to him going around in the rich feature on Saturday.

“He is a horse who has really continued to improve. He is on the upward spiral,” McKee said. “He went a great race at Riccarton without too much luck and he had a freshen-up after that run and went to Tauranga. He was unlucky not to win that day, he got held up in the running and he has just continued to thrive and improve. “He has got enough early speed to take a good position and he really finishes strongly.”

The Group 1 Vodafone New Zealand Derby (2400m) remains his ultimate goal at Ellerslie in March. “Safely through this one he will have one run at either Waikato or the Avondale Guineas, heading into the Derby,” he said.

Lord Ardmore will be joined on Saturday by stablemate Waimoku Falls. The daughter of Sacred Falls finished 12th in the Group 1 New Zealand 1000 Guineas (1600m) in November, and has followed a similar line to Lord Ardmore, resuming at Ruakaka earlier this month where she dead-heated for second.

“She is a filly with stacks of ability,” McKee said. “She is slightly immature at this stage, but the ability is certainly there and I think within the next 12 to 24 months you will see a really good filly.

“She had 10 days out on the way home (from Christchurch) and she has just had a prep run at Ruakaka. She went well and it looked like the run will really improve her, and she has trained on nicely.”

Nominated for both the New Zealand Derby and Group 1 Al Basti Equiworld Dubai New Zealand Oaks (2400m), McKee said her run this weekend will dictate which path she takes. “We’re a little bit guarded by what we see on Saturday,” he said. “She is nominated for the Derby and the Oaks. As long as she can take the racing, she will head towards one of those two Classics.”

Both three-year-olds are raced by Go Racing and were purchased from Karaka by Principal Albert Bosma. He went to $65,000 to secure Lord Ardmore out of The Oaks Stud’s draft, and $140,000 to secure Waimoku Falls out of Waikato Stud’s draft.