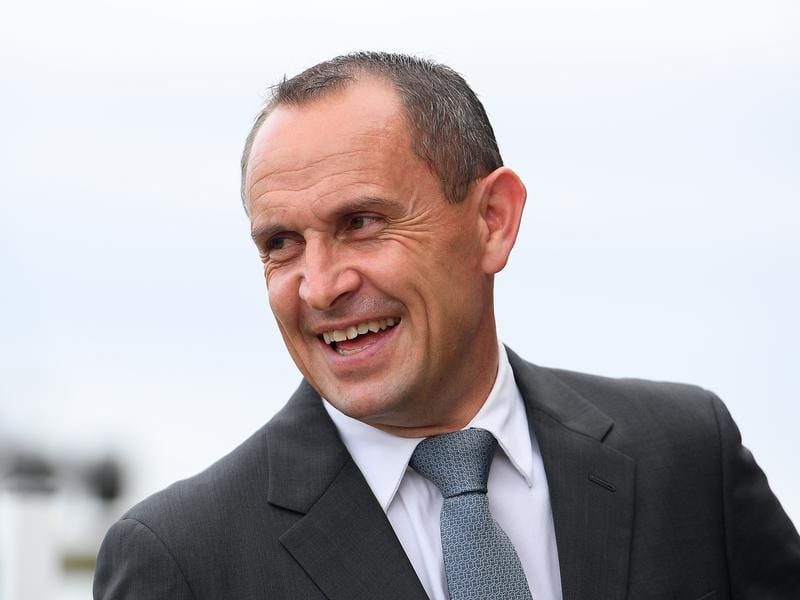 Bookmakers have priced Super Contender in the “good thing” category at Eagle Farm but the Chris Waller stable is keeping a lid on expectations.

A winner of two of his three starts at the Gold Coast in his first racing campaign, Super Contender is an early $1.85 favourite with TAB fixed odds to win the Welcome Back To Your Track Handicap (1400m).

The five-year-old was a dominant winner of a Gold Coast class one handicap over 1300 metres on August 1 and drops from 60kg to 54kg on Saturday.

“He was really good last start but I guess there’s got to be a question mark over what he’s been beating,” Waller’s Gold Coast stable manager, Paul Shailer said.

“He’s got an awkward barrier that he’s got to contend with at seven furlongs, which is also a question mark.

“The horse is going well but there’s certainly a couple of negatives against him.”

The gelding began his career in Hong Kong where he performed poorly in two barrier trials at Sha Tin last year before being transferred to Waller.

“We’ve only had him for three or four months. I’m not sure what happened early in his career but he’s pretty sound at the moment and a pretty straightforward horse,” Shailer said.

Waller will also be represented on Saturday by The Lord Mayor and Carzoff, who finished second and third respectively to Sixties Groove in the Grafton Cup (2350m) on July 9.

“They went out for a very short break after the Grafton Cup for five days, freshened up beautifully and have been working really well since,” Shailer said.

“The Lord Mayor will probably find the mile a bit sharp so he’ll improve on whatever he does on Saturday, but Carzoff is a bit sharper of the two at the trip and should sprint well fresh.

“They’ll probably head back to Sydney after the run on Saturday. Races like the Wyong and Newcastle Cups seem logical races for them.”