Class galloper back to winning form at Riccarton 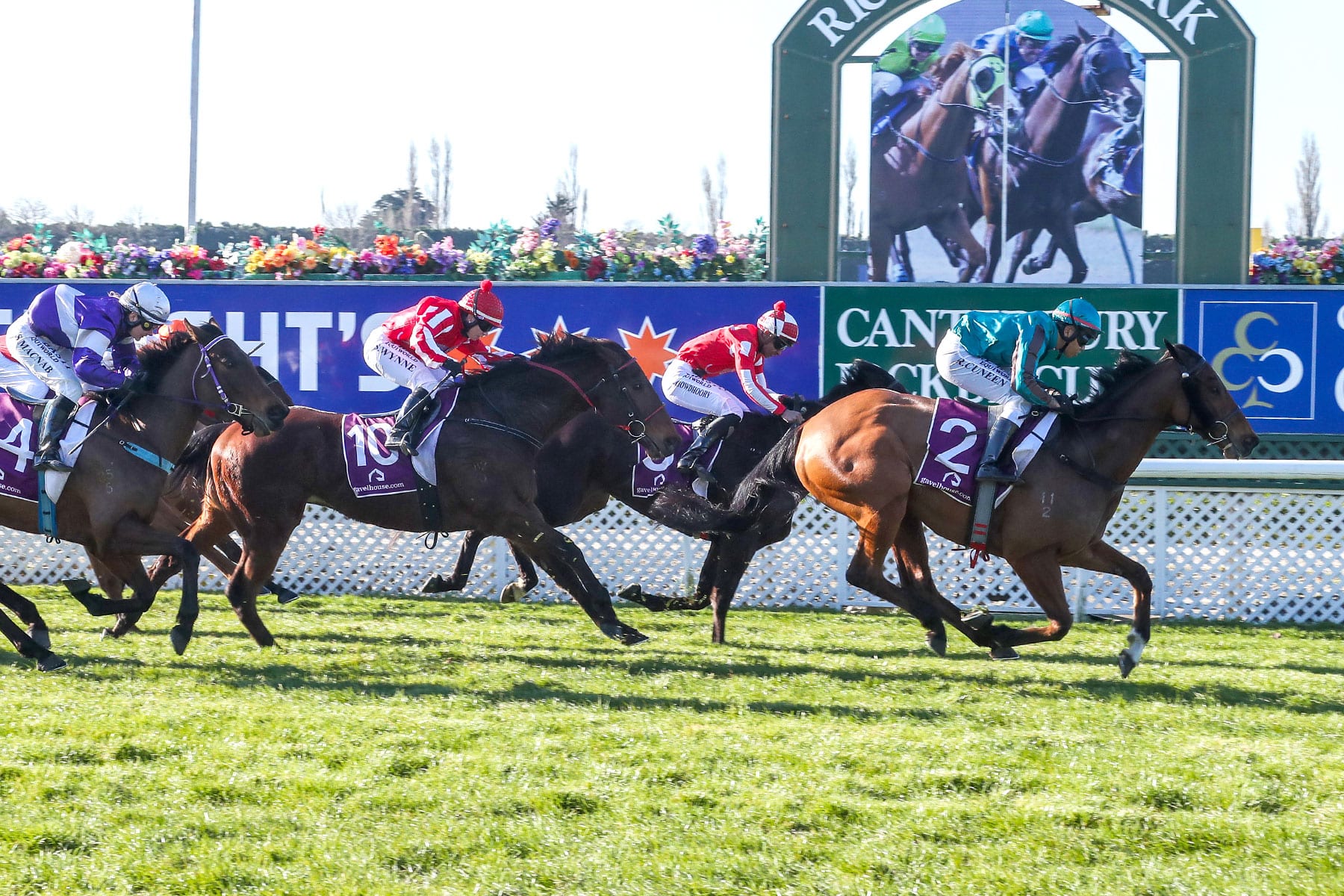 Quality short course galloper He Kin Fly reminded racing enthusiasts there is still plenty of life left in his eight-year-old legs when he boomed home to claim his tenth career victory when taking out the main sprint feature at Riccarton on Saturday.

The Neill Ridley-trained Darci Brahma gelding won his only two local starts from the Murray Baker and Andrew Forsman stable before being sold to Hong Kong during his three-year-old campaign.

Successful once from five starts in Hong Kong he was returned to New Zealand in 2018 after suffering a leg injury and made his way to Ridley’s Riccarton operation. Ridley took his time with He Kin Fly and has been rewarded with seven further victories including three at stakes level. Ridley had been confident of an improved run on his home track on Saturday after he made ground strongly for a fresh-up fourth at Ashburton a fortnight ago.

“He went pretty good at Ashburton the other day and we expected he would improve with that run under his belt,” Ridley said. “He doesn’t mind the track as it was today although he was carrying a fair bit of weight (61.5kgs) so you just didn’t know if he could improve enough to be in it. “It was a nice ride by Racha (Cuneen) and he did it quite comfortably in the end.”

Ridley will take his time with He Kin Fly over the next two months before ramping up his preparation for some of the feature events, including the Group 2 Coupland’s Bakeries Mile (1600m) during New Zealand Cup week in November. “We’ll just plod along and keep him ticking over until Cup Week,” he said.

“I think the Coupland’s is the likely target although we might have a shot at the Steward’s Stakes (Group 3, 1200m) if we don’t go there. “He’s getting on a bit so we just want to make sure we keep him fit and healthy and nice and keen while we wait for the carnival to come around.”

Ridley had also entered class sprinter Prince Oz in the rating 94 1200m event but scratched him on race morning in preference for a start in a similar contest at Riccarton on August 29.