Clash of the titans at Hastings 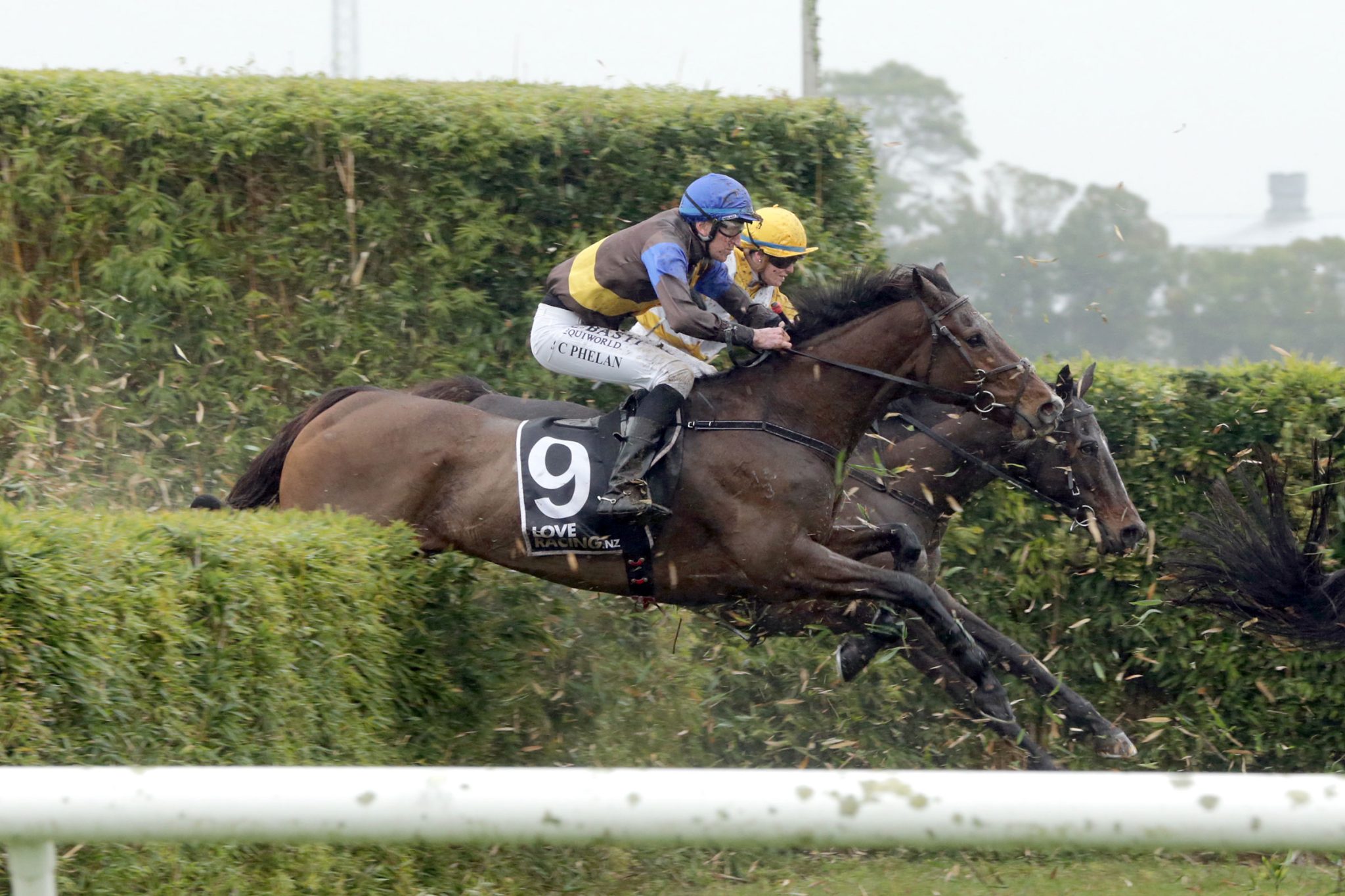 This weekend is brewing to be an exciting one for New Zealand jumps fans, with top-class hurdlers The Cossack and Dr Hank going head-to-head in the Te Whangai Romney’s Hawke’s Bay Hurdle (3100m) at Hastings on Saturday.

Leading jumps jockey Shaun Phelan regularly partners both horses, but has opted for The Cossack on Saturday, citing his superior record, particularly on his local track at Hastings.

While he is confident heading into the race with The Cossack, he holds great admiration for Dr Hank, who he rode to victory last start in the Waikato Hurdle (3200m).

“I’d love to be riding Dr Hank, but I can’t give up the ride on the best jumper in the country.

“Dr Hank is a good horse as well so it will be interesting to see how they match up because The Cossack is going to be giving him so much weight,” Phelan said.

“The Cossack will be hard to beat on the Hawke’s Bay track. Dr Hank has done nothing wrong and he is on the way up.

“I will just ride my own race, but it would be awesome to see them come up level-headed with a couple of jumps to go and be a match-race.”

Phelan will also ride No Tip for trainers Paul Nelson and Corrina McDougal in the AHD Hawke’s Bay Steeplechase (4800m). The training duo will have a two-pronged attack in the Steeplechase feature, with Argyll, whom Phelan partnered to win the Waikato Steeplechase (3900m) last start, set to clash with his older stablemate.

“I will ride No Tip in the Steeplechase. He won there (Hastings) two weeks ago,” Phelan said.

“Charlie Case is going to ride Argyll and they are quite even to be fair too. No Tip is getting up in the weights too.”

Phelan is thrilled to be linking with Hawke’s Bay trainers Nelson and McDougal, who have a host of top-class jumpers and have sent out 12 winners from their past 35 starters since the beginning of May.

“I have been lucky to ride the Nelson and McDougal horses this season and everything is going well. A couple of years ago they got a virus but the team is going really well this season,” Phelan said.

“They are great conditioners of horses and anyone that has spent some time at Paul’s property knows it is a lovely set-up. They have done plenty of work and when they go to the races it is a good day out for them. They are quite fresh and looking forward to it.

“It is not strenuous work, but they have a 1000m grass gallop that is quite steep and they might go up it two or three times on a gallop day. It is interval training and more of European style training but on a farm and on grass.

“Winter has hit quickly and we have had quite a bit of rain of late, so they are just a little bit more forward too, I think.”

The Cambridge horseman will be heading south to Hawke’s Bay on Saturday with a runner of his own in a training capacity, Quiz Kid in the Taradale Club Mile (1600m).

“He has been running good races. We have just freshened him up to go a mile,” Phelan said.

“I think the mile will suit him at Hawke’s Bay, on the fresh side.

A trip north to race in the ITM/GIB Northern Region Winter Championships on Saturday July 16 at Ruakaka is next on the agenda for the son of Iffraaj, where he is nominated over 2100m.

Stablemate Hit The Road Jack could potentially join Quiz Kid at Ruakaka, after pleasing when second in an 1100m trial at Te Rapa on Tuesday.

A quiet winter is likely instore for the gelding with the Group 3 New Zealand Cup (3200m) at Riccarton in November potentially on the radar.

“We took him down to the New Zealand Cup last year and he ran a nice fifth. We may go down there but we will just play it by ear. He has strengthened a lot,” Phelan said.

“He is nominated for the staying race up at Ruakaka. We might take him up for that if he is forward enough. He might have a run next week at Te Rapa and then he might go up there.

“He will have a light winter and we will aim him for the spring.”