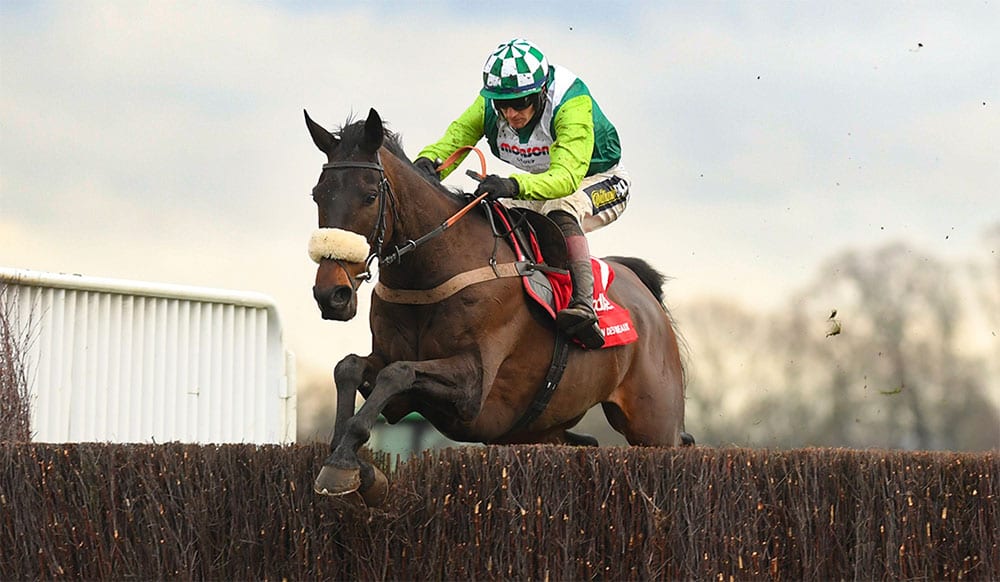 Clan Des Obeaux produced an excellent trial for the King George VI Chase even in defeat at Haydock on Saturday and is now a +250 favourite at BetOnline to win the Kempton Boxing Day feature for the third time. Lostintranslation drifted in the betting after a poor run in the same race.

Imperial Aura improved his chances of winning the King George and entered the betting for the mid-season championship after winning at Ascot. However, the main objective is the Ryanair Chase at the Cheltenham Festival in March, for which the horse can be backed at +700.

Bristol De Mai beat Clan Des Obeaux by two lengths in the Betfair Chase at Haydock on Saturday. The race is the first leg of the Chase Triple Crown, which is completed by the King George and Cheltenham Gold Cup. However, Bristol De Mai is a big price for the treble.

Al Boum Photo is the favourite and trying to win the Gold Cup for the third time in three years. Lostintranslation’s odds have lengthened after finishing 47 lengths behind Bristol De Mai at Haydock, which is a flat track. The gelding was unsuited by the ground and can be more effective on the undulating Cheltenham course. Winning the Gold Cup in March is not out of the question.

The going was not an issue for Bristol De Mai, who jumped well and pulled away from Clan Des Obeaux after the last fence to win the Betfair Chase for the third time. However, his style of running is not especially well suited to the Kempton and Cheltenham features.

Bristol De Mai won the Betfair Chase in the 2017-18 season and was unplaced in the King George but missed the Gold Cup. The second win a year later was followed by a third-place finish in the Gold Cup after connections bypassed the King George.

Bristol De Mai does not appear in the betting for the King George so is unlikely to run. Clan Des Obeaux ran better in the Betfair Chase this year than in the last two renewals, which were both followed by a win in the King George. The horse will improve for the run and looks a good thing for a third win this year.

Imperial Aura was impressive at Ascot in a Grade 2 chase over two miles and five furlongs. There is the option of racing over three miles in the King George on a Kempton track that plays to his strengths, but the Ryanair is the season-long target.

Lostintranslation was pulled up in the King George last December after some poor jumping and never going well. There was something amiss, but the performance was so far below par that it may be the case that the tight Kempton circuit doesn’t suit. Lostintranslation will be seen to better effect in the Gold Cup, in which he finished third in March.

Clan Des Obeaux will not have things his own way in this year’s King George, but the run in the Betfair Chase and Kempton form makes him a worthy favourite for the Boxing Day showpiece.