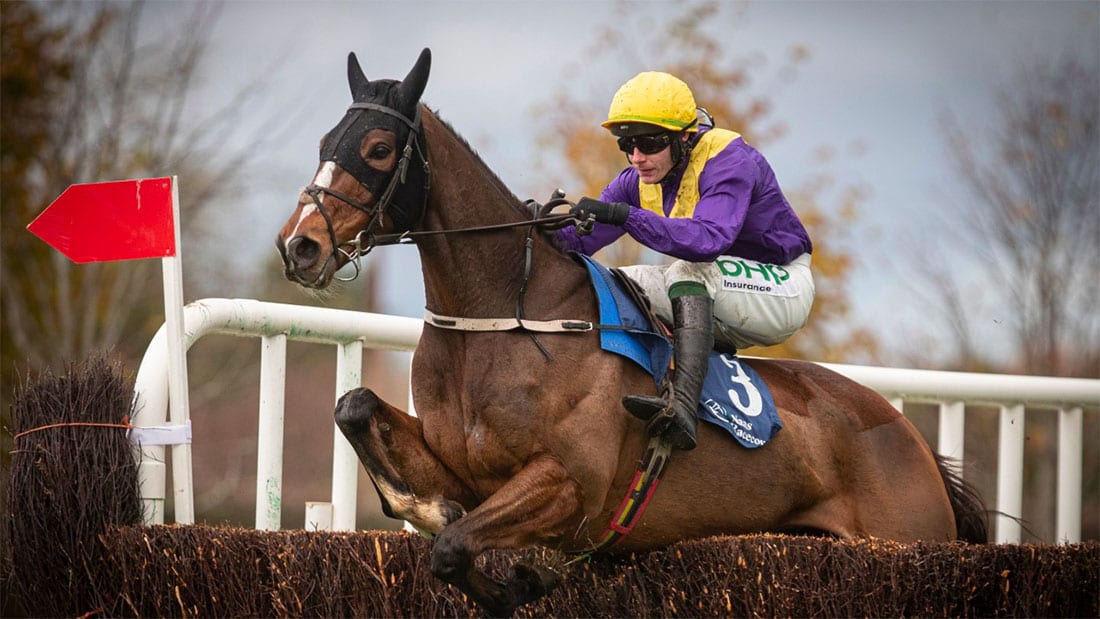 Douvan won the Clonmel Oil Chase last season, and another favourite trained by Willie Mullins can get the job done in the 2020 renewal on Thursday. On form and ratings, Cilaos Emery is ahead of the other five runners and looks good value at +150 with online bookmakers.

The Grade 2 chase for horses aged four and older is run over two miles and four furlongs. Penalties and weight-for-age conditions mean Cilaos Emery carries 11st 12lbs. Snow Falcon runs off the same mark, but the other runners receive 5lbs.

The going is forecasted to be soft and soft-to-heavy in places. However, there is a high chance of more rain in the County Tipperary area before post time, so underfoot conditions could be just heavy. Cilaos Emery has won on heavy ground, so the condition of the turf won’t be a hindrance.

On official ratings, Cilaos Emery is the best horse in the race. Three wins from four runs over fences is an excellent start to the gelding’s chasing career. The acid test was the Grade 1 Dublin Chase over two miles and one furlong at Leopardstown in February. Cilaos Emery fell at the first fence and so is unproven at the highest level in this discipline.

However, hurdles form makes the eight-year-old a good thing if it is replicated over bigger obstacles. Cilaos Emery finished fourth in the Champion Hurdle in March. The deficit behind the winner, Epatante, was nine-and-a-half lengths, but the mare ran with an allowance of 7lbs.

That run puts Cilaos Emery in the top bracket for two-mile hurdlers, so +5000 for the 2021 Champion Hurdle looks big. The reasoning could be that Mullins is bypassing hurdles races in favour of graded chases like this week’s Clonmel event.

Cilaos Emery did win a Grade 2 chase at Cork last December, but the value of the form is questionable. The winning margin over a decent animal was seven lengths receiving 3lbs. The only other runner unseated the rider at the fourth-last fence when seemingly beaten.

Second favourite Bachasson, also trained my Mullins, is 4lbs inferior on the ratings and carries 5lbs less than his stablemate. In theory, Bachasson has a pound in hand, but weights and ratings are not an exact science. Wins on the projected going, at the level, and over the course and distance give Bachasson a chance, but Cilaos Emery is preferred on the basis of ability.

Mortal has been unplaced, unseated the jockey and fallen this season, and a win in the other start does not compensate for that run of outcomes. Winning a Grade B handicap chase carrying 11st 2lbs puts Mortal well behind Cilaos Emery on form. Mortal finished 14.5 lengths behind Bachasson in a similar race and is unlikely to reverse the form.

Snow Falcon and Alpha Des Obeaux have a chance on historical form, but both horses are on a run of not producing their best. Snow Falcon won a Grade 2 chase last October but was then unplaced in four races and finished third in the other start. Alpha Des Obeaux most recent win was in October 2018, and no wins in nine starts tells its own story.

Paloma Blue has the lowest official rating in the field, and even significant improvement should not be enough to beat the favourite. The outsider of six will struggle at this level, but Cilaos Emery should be in his comfort zone and can justify favouritism this week at Clonmel.