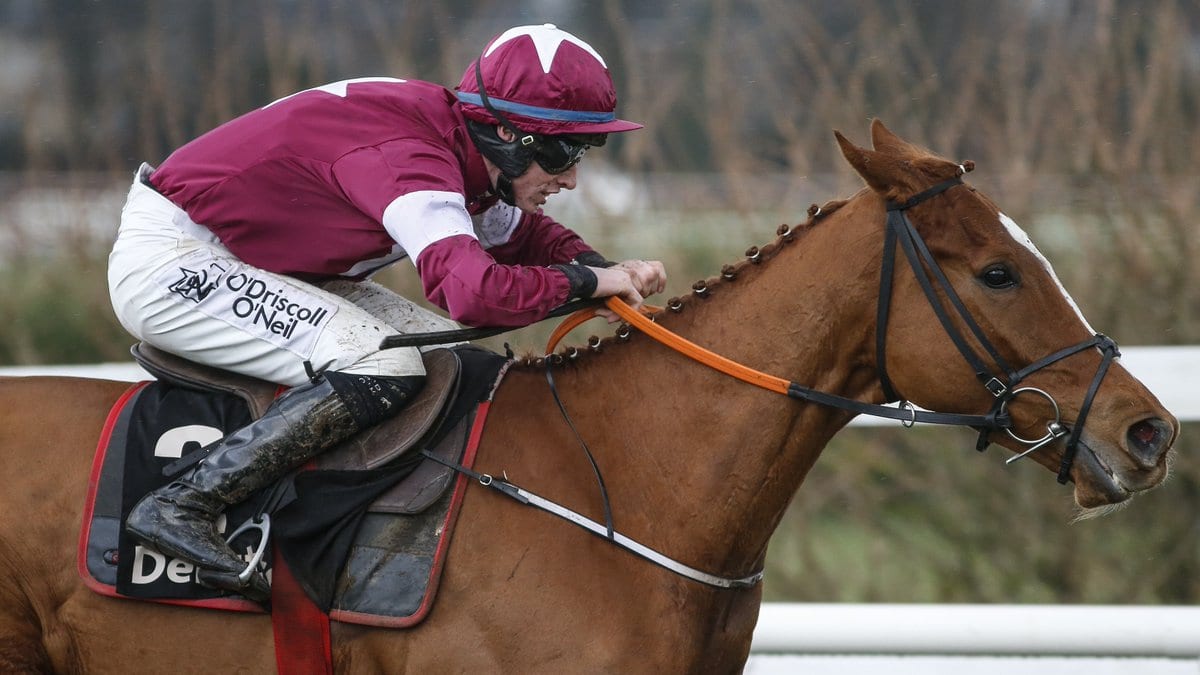 The Ladbrokes Trophy is the highlight of the racing programme in Britain this weekend. It’s the prestigious staying handicap chase which used to be called the Hennessy. Willie Mullins has a live chance with Cabaret Queen but the trainer will be just as concerned with how his horses run in the three Grade 1 races at Fairyhouse on Sunday. The star of the show could be Samcro who is the favourite for the Drinmore Novice Chase at the highest level.

Samcro is trained by Gordon Elliott and owned by Gigginstown Stud. That means the horse has the same connections as Tiger Roll. The dual Grand National winner won’t race until February at the earliest. Samcro does not have to share the limelight with the horse. He was sold for £300,000 at the Goff’s Sale at Aintree and was seen as the next racing superstar. Samcro won his novice hurdle at the Cheltenham Festival in 2018 but did not develop into a leading conditions hurdler.

Samcro had injury niggles last season which meant the Champion Hurdle was not a realistic target. He was second behind Buveur D’Air in the Fighting Fifth Hurdle at Newcastle. The winning margin was eight lengths off level weights and Samcro had no chance against the impressive winner. The horse was then well beaten in a Grade 1 hurdle at Leopardstown over Christmas. Elliott put Samcro away before a commanding win in a beginners chase at Down Royal earlier this month.

Samcro is the current ante post favourite at +700 with Skybet for the JLT Novices Chase at the Cheltenham Festival. He will have to win with something in hand at Fairyhouse on Sunday to justify that status. The horse can be backed at +150 with William Hill but may find Fakir D’oudairies a tough nut to crack. However, Samcro’s career best Racing Post Rating (RPR) is 161. Fakir D’oudairies has produced a best RPR of 149. At the relative odds, the bet must be Samcro.

The best horse on the card could potentially be Envoi Allen in the Royal Bond Novice Hurdle (1pm) over two miles. The race is the most important novice hurdle of the season to date and it has produced some outstanding winners. Past winners include Hurricane Fly and Jezki, who both won the Champion Hurdle, and Nichols Canyon who won the stayers’ championship race at Cheltenham. Envoi Allen won the bumper at this year’s festival and is a leading contender for the Supreme Novices Hurdle.

Envoi Allen won four INH Flat races last season, including the champion bumper. He won his maiden hurdle by six and a half lengths at Down Royal at the start of November and graduates to a Grade 1 novice event. Best odds of -120 with Ladbrokes overestimate his superiority over the second favourite, Abacadabras. There isn’t much to separate the horses on current ratings so Abacadabras represents the value option and is the selection. Envoi Allen could achieve more in the future.

The other Grade 1 contest at Fairyhouse on Sunday is the Hatton’s Grace Hurdle. This is a conditions race over two miles and four furlongs for which mares receive a seven pounds allowance. That allowance applies to Apple’s Jade who has won the race three times. The horse is on offer at +450 with Ladbrokes but the favourite is Benie Des Dieux, another female horse. She fell at the last flight in the mares’ hurdle at the festival in March with the race seemingly won. Benie Des Dieux can give Mullins a Grade 1 winner on Sunday when he could be celebrating winning the Ladbrokes Trophy the previous day with Cabaret Queen.