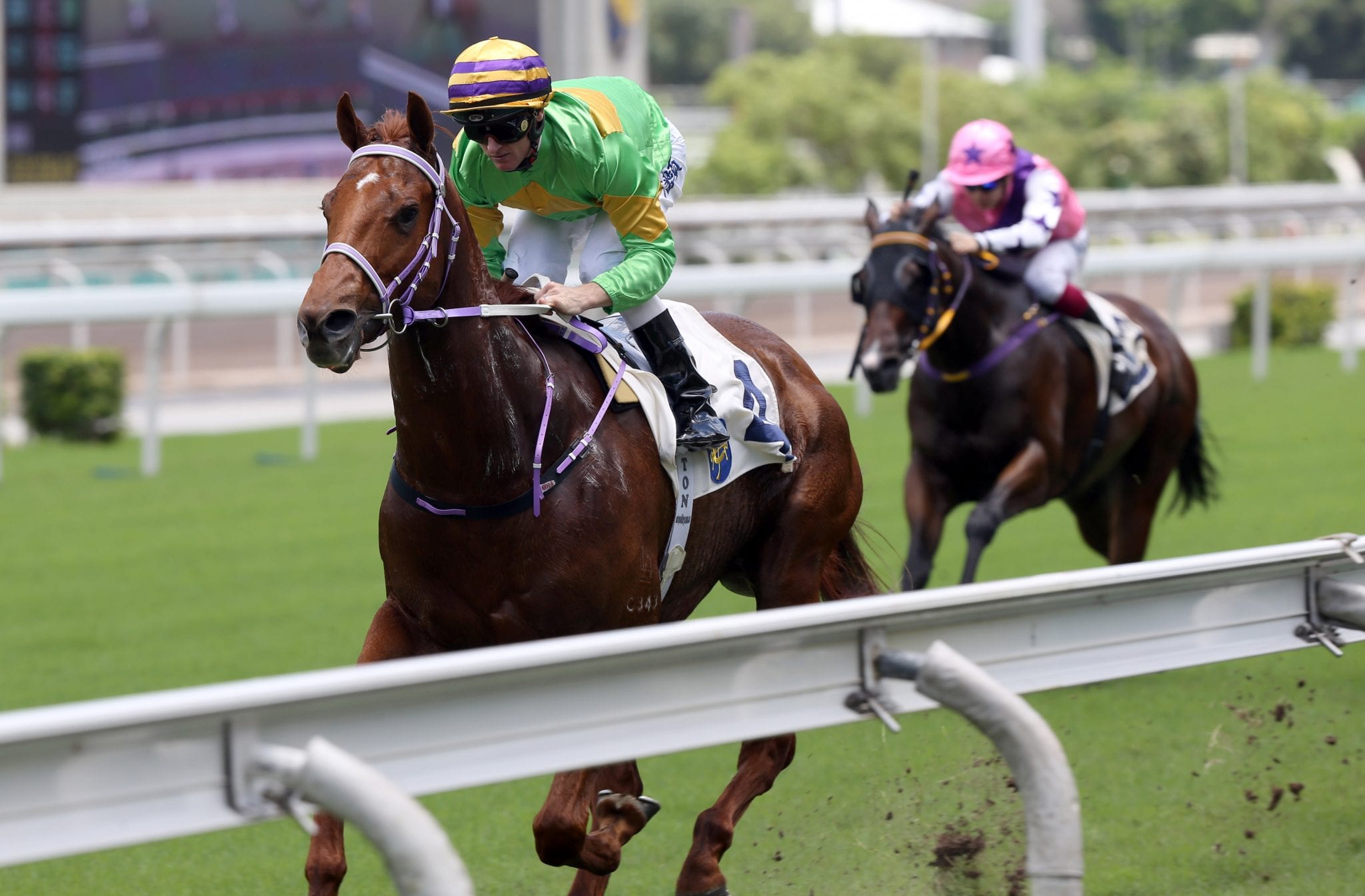 Chris So is hoping his talented sprinter Classic Unicorn (119lb) can signal that this will be his coming of age season when the smart chestnut goes to post for his return in the Class 2 High Island Handicap (1000m) at Happy Valley tonight (Wednesday 7 October).

The lightly-raced five-year-old burst onto the scene with two blazing wins at his first two starts, however since his fast start to life in Hong Kong, he has managed only one win from his subsequent five starts, a four-length romp at the Valley.

“He’s a lot better this year, he’s improved mentally, and we’ve always known that he has a lot of potential,” So said. “He hasn’t had too many runs for a five-year-old and only five starts last season, but we can’t push him too hard because he can go backwards.

“That’s why we’ve tried to find something a bit easier for him; last year we moved him back to Happy Valley, which was a bit easier, and he won but even after that he got beat, even though it wasn’t by too far.”

The Per Incanto gelding arrived as an un-raced New Zealand import with two barrier trials under his belt. Since then, he has accrued three wins from seven starts and risen 31 rating points to a mark of 83 and So believes in his charge’s ability to build on that figure.

“He eats well and this year he’s put on more weight, which is more confidence for the horse, even as a five-year-old he’s still young. The most important thing is we will see how he runs tomorrow because it’s a big challenge with the wide draw,” So said.

“We have a bad draw but we still need to use his early speed to go forward and be quite handy, but hopefully we won’t use too much energy early,” Leung said.

The contest is the gelding’s second attempt in Class 2 after his close-up fourth in the grade last start.

“He’s had one trial at Sha Tin and they went pretty quickly; he used a bit too much energy early but his trial was good and I’m sure he’ll be fitter from that,” Leung said.

The rider has won twice aboard Classic Unicorn from four pairings and was in the plate for his latest trial. “In the mornings and in the races, he feels like a good horse. I’ve been on him a couple of times and I like him,” the 32-year-old said.

His opponents include Highland Fortune who is aiming for his third win from his last four starts. Zac Purton will take the reins from gate two.

“He came good at the end of last season, he’s drawn a good gate, his trials have been good, his work’s good – it’s probably a little bit on the short side for him but he’s got a gate to try and be in a reasonable position,” the champion jockey said.

The Francis Lui-trainee has two wins from 10 starts, both at the Valley over 1200m with Purton in the plate. The Australian will be looking to maintain a perfect record aboard the Declaration Of War gelding this Wednesday.

“He’s in good form but he still doesn’t concentrate all of the time,” Lui said. “He looks like he likes Happy Valley. The 1000 metres might be a bit short but sometimes if a horse likes the Valley they can generally handle this.”