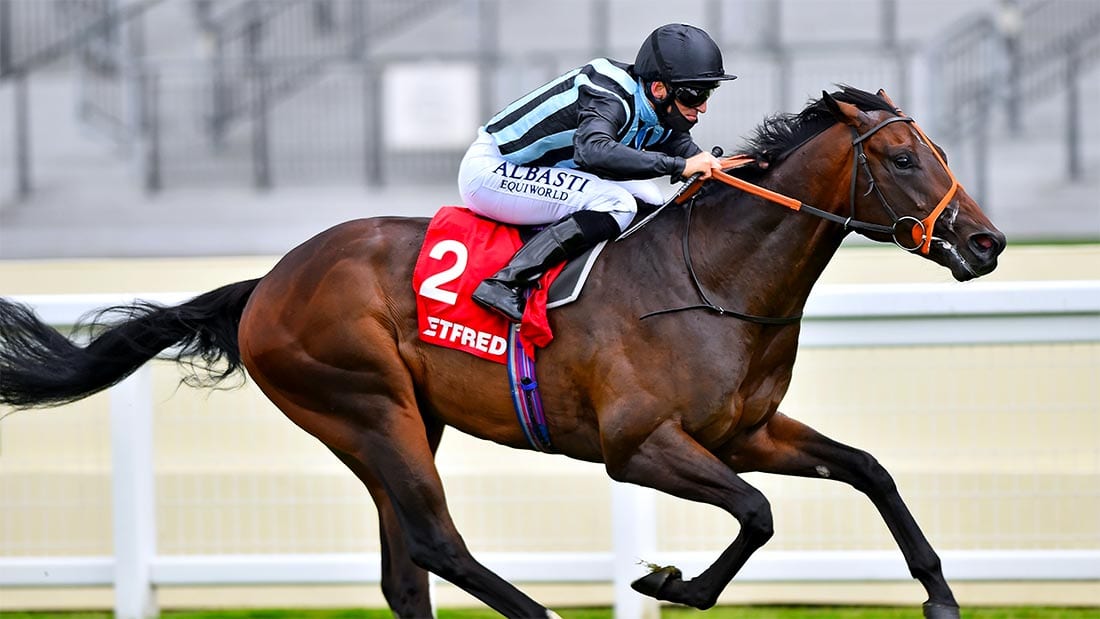 Battleground is the new favourite for the 2,000 Guineas at Newmarket next May at +1000 with online bookmakers almost by default, as no other colt stood out last weekend in the Dewhurst Stakes. Chindit now looks overpriced at +2000.

Any impressive winner of the race over the last seven furlongs of the Rowley Mile on the same track often becomes the winter favourite for the 2,000 Guineas. Battleground bypassed the race, and UK racing bookies believe he has shown the best juvenile form for a colt.

Two major factors muddy the waters when 2,000 Guineas punters are looking for clues from the Dewhurst: the race distance is one more furlong, and the going next May will probably be good instead of soft.

St Marks Basilica had the run of the race to finish first, beating Wembley and Thunder Moon in second and third by three-quarters and two-and-a-half lengths respectively. Bookmakers cut the winner’s price from +2500 to +1000 for the 2,000 Guineas, but punters were more taken by Wembley’s run.

Frankie Dettori gave St Marks Basilica a great ride and his mount found extra at the business end of the race. Wembley did not have a prominent position during the race, but the outcome could have been different over one more furlong. The runner-up could reverse the form in future.

However, the one potential unlucky loser in the Dewhurst was Chindit. The horse drifted in the betting, possibly because of the soft ground, and was short of room when making a move two furlongs from home. Better ground and the extra furlong means the +2000 is the value bet for the 2,000 Guineas in the spring.

Pretty Gorgeous was the main market mover for the 1,000 Guineas and is a best priced +800 with BetOnline after winning the Fillies’ Mile at Newmarket last week. However, there is better value in backing Saffron Beach.

Quadrilateral won the race last year when Love finished third. The outcome was the other way around in the Classic in the spring, so the placed runners and others down the field should not be dismissed over seven months before the 1,000 Guineas.

The first two in the Fillies’ Mile are now at the top of the betting for the Guineas over the same distance back at Newmarket in May. Pretty Gorgeous beat Indigo Girl in second place by half a length. The runner-up stayed on well and could be more suited to better ground.

Pretty Gorgeous has now won Group races for juvenile fillies in the UK and Ireland. Shale had beaten her in two other similar contests but was unplaced in the Fillies’ Mile and will have to improve over the winter to be a major player in the 1,000 Guineas.

There is a horse lurking further down the betting for the Classic who did not run in the Fillies’ Mile. Saffron Beach won the Group 3 race for two-year-old fillies on the same card, and that could turn out to be a better trial for the Guineas. The price of +3300 looks big.

Pretty Gorgeous could not have done any more as a juvenile and contender for next year’s Classics. However, the market looks to have underestimated Saffron Beach, who is the value ante-post bet for the 2021 1,000 Guineas.