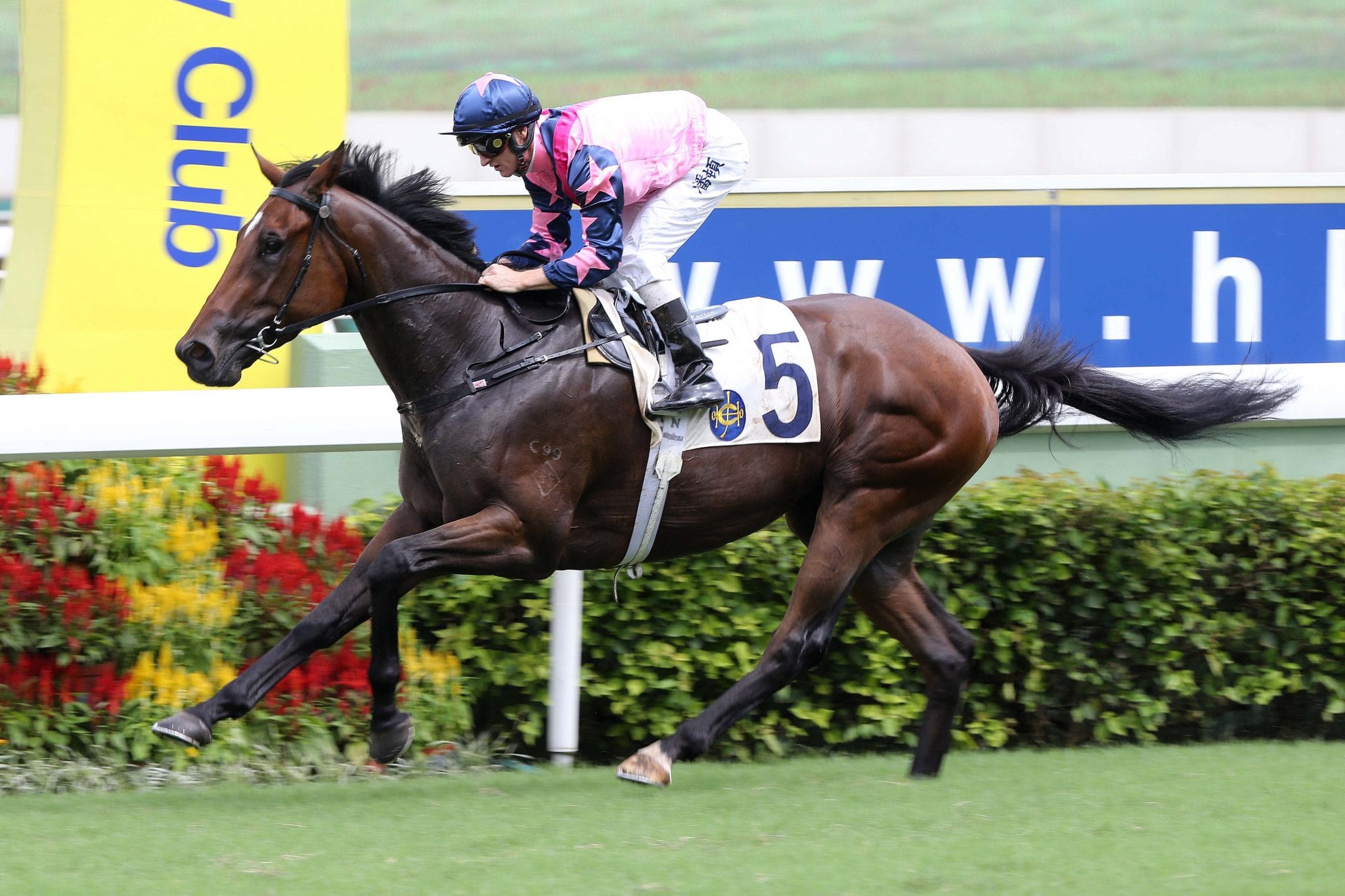 Zac Purton bagged his 150th win of the campaign when Chicken Dance took the Class 4 Kau To Shan Handicap (1200m) by three and a quarter lengths at Sha Tin yesterday afternoon, Sunday, 23 June. That followed a score for the champion jockey atop the Dennis Yip-trained Ho Ho Feel in the 2000m Class 4.

Trainer Paul O’Sullivan had made no secret of his regard for Chicken Dance in recent months and the three-year-old obliged in style at start three.

“He came out and brained them, so he’s going to be a nice horse next year,” the handler said. “Virtually from day one he looked like he was better than average and I thought today, if he was going to justify my opinion of him, he had to do that.

“He’s another one from the stable in New Zealand. He’s a nice horse, a big, scopey horse.”

O’Sullivan was quick to distance himself from the naming of the Hinchinbrook bay, who runs in the colours of A Wonderful World Syndicate.

“I didn’t advise them on that name!” he said, grinning. “Evidently, when you do the chicken dance, as the song goes on it gets faster and faster and faster, so that was the theory behind it. Their grandkids wanted to call it that, so when they’re telling granddad what to call the horse how are they going to say no?”

Jockey Ben So took his season’s tally to five wins in section two of the Class 4 Piper’s Hill Handicap (1400m). It came in the form of an accomplished last-to-first drive on the David Hall-trained High Rev.