Chase displays his love for Trentham with emphatic victory 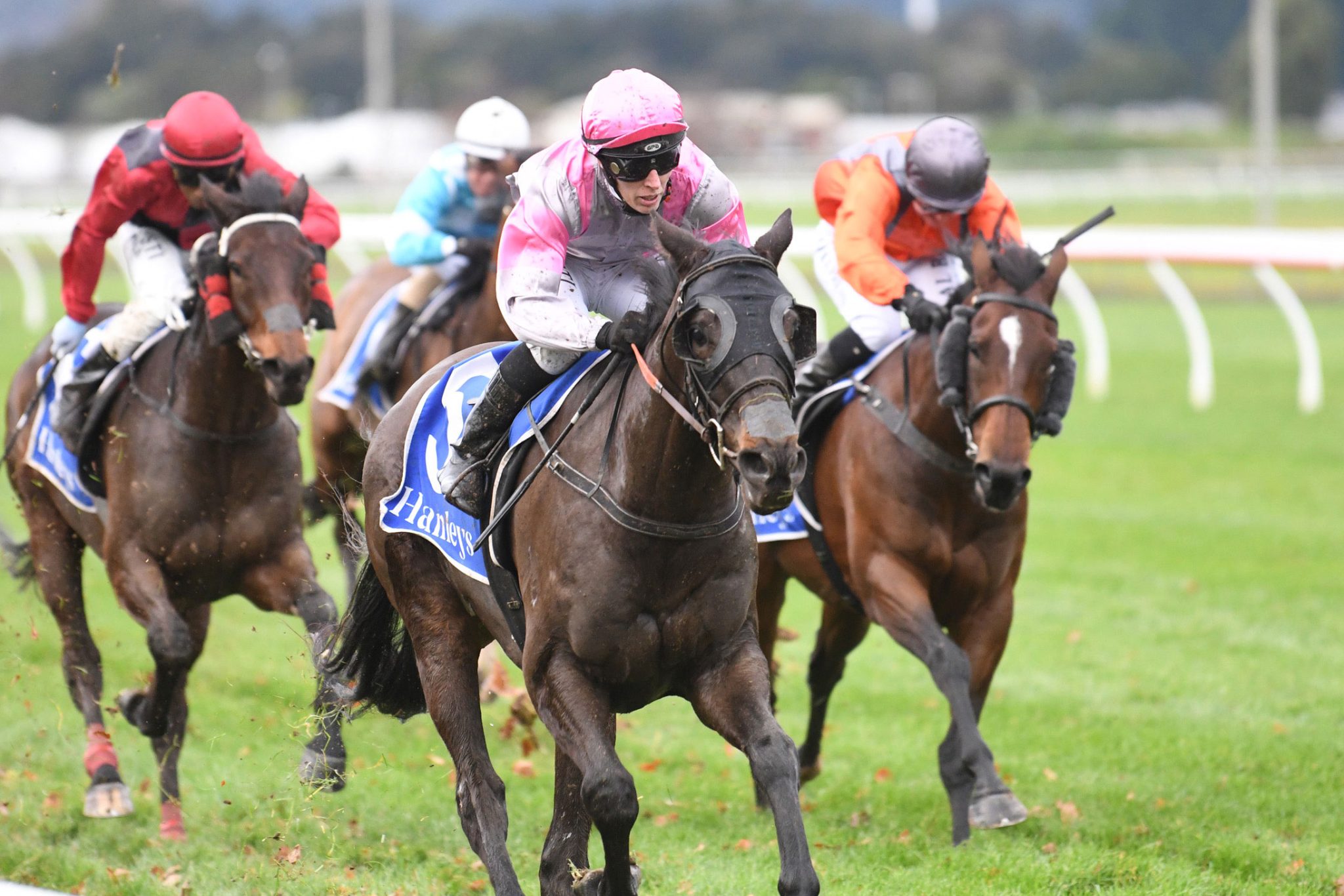 A love affair with the Trentham track continued for consistent galloper Chase when he picked up his third victory at the venue in the King Of Comedy at Novara Park North Island Challenge Stakes (1400m) on Saturday.

The Stephen Nickalls-trained five-year-old has only once finished out of the first two in eight runs at the course and showed he is a force to be reckoned with on the testing winter tracks with a commanding performance in the hands of regular pilot Kate Hercock.

Settled last in the six-horse field Chase traveled comfortably for Hercock before being asked to improve sharply wide out at the 600m.

Hercock had the son of Zed winding up nicely at the 300m and he burst clear to win handsomely by three lengths from Tavis Court and Charlie Horse.

Nickalls admitted he hadn’t planned to run his charge today but was forced into the decision when the Trentham meeting last weekend was cancelled due to surface water on the track.

“We were all set to let him go around last week but when they called the meeting off it threw our plans around a little,” he said.

“We decided to run him today instead and he just loves it here, so it wasn’t the worst thing to have to wait a week.

“He hit his usual flat spot at the 800m but when Kate got him trucking, he charged into it and won nicely.”

Nickalls doesn’t have any major plans for the horse and will stick to the open class races around the central districts for the time being.

“We had thought about taking him to Riccarton for the Winter Cup (Group 3, 1600m) but he doesn’t travel that well and he doesn’t really like the tight bends at New Plymouth so the Opunake Cup (Listed, 1400m) isn’t really an option either,” he said.

“My father-in-law Gary, who part owns him, likes to be on course when he runs so Australia doesn’t appeal so I think we will just pick and choose our races over the winter around his home territory.

“At some stage he will go jumping as we like to school all of our horses and he can jump really well, but that won’t be for a wee while yet.”

One of Nickalls jumping stars is last season’s Manawatu Steeplechase (4200m) winner Coconut who went a cheeky race in a rating 65 2200m contest after not venturing north to contest the Waikato Steeplechase (3900m) at Te Rapa.

“We had planned for Coconut to be at Te Rapa today, but he also missed a run at Trentham last weekend so decided to run him on the flat here instead,” he said.

“His main aim is the Wellington Steeplechase (5500m) next month and he is on target for that as he showed with a really nice run today even though he only finished in midfield.”