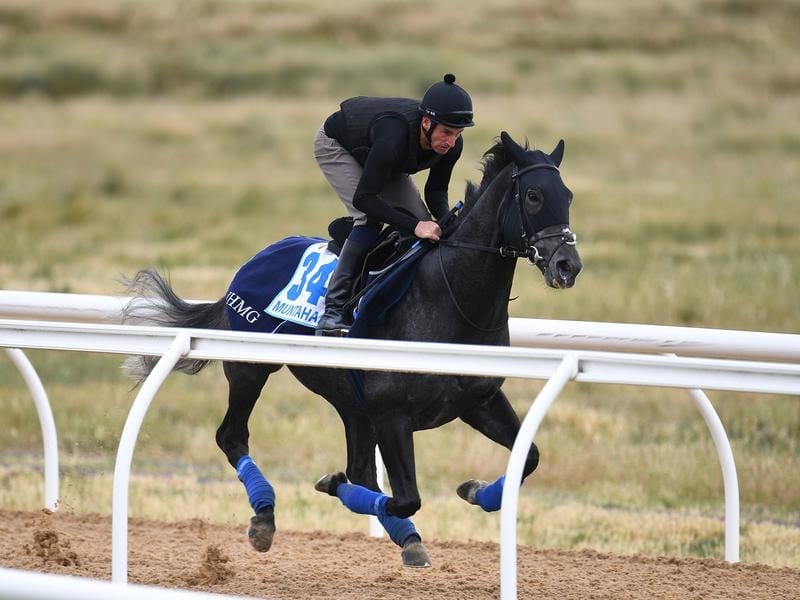 After a respectable performance in a Melbourne Cup to collect a prize money cheque, it was expected imported galloper Muntahaa would become a major Australian staying force.

Muntahaa came to Australia under the care of John Gosden, finishing ninth in the 2018 Cup behind Cross Counter before joining the Lindsay Park establishment.

The Irish-bred gelding was tipped to be a strong contender in staying races during 2019, but he failed to produce in five runs, finishing last on four occasions and beating four home at his only other run.

After a long break, Muntahaa makes his return at Flemington on Saturday in the Happy Retirement Pat Hyland Handicap.

Muntahaa is now prepared by Tom Dabernig and Ben Hayes and owned by Dubai’s Sheikh Hamdan bin Rashid Al Maktoum who has had previous success at Lindsay Park with imported stayers including winning two Melbourne Cups with At Talaq and Jeune and the Caulfield Cup with Tawqeet.

Dabernig revealed Muntahaa had stomach ulcers during his last campaign, but a decent spell helped the gelding to overcome the ailment.

“He has been a disappointment since coming to Australia, but he’s had a few problems,” Dabernig said.

“He had quite bad stomach ulcers, so we gave him a long spell and the grass is probably the best thing to get the gut right.

“That was probably the first time he had been given a proper spell after being in Europe and then coming down here.

“This time in he’s on a slightly different ulcer medication than what he was on and we have also changed his feeding program as well.

“His ulcer scopes, where the vets put a long scope down into his gut, have been really good, so hopefully we’ve got him as well as we can have him.”

Dabernig is not entering Saturday’s 2000m race with any great expectation and the performance will determine long-range plans which may include The Bart Cummings and Melbourne Cup, both at Flemington.

“I want to see him being semi-competitive knowing that he will improve as we get him up in distance,” Dabernig said.

“Hopefully he can start off well and get a bit of confidence back.”